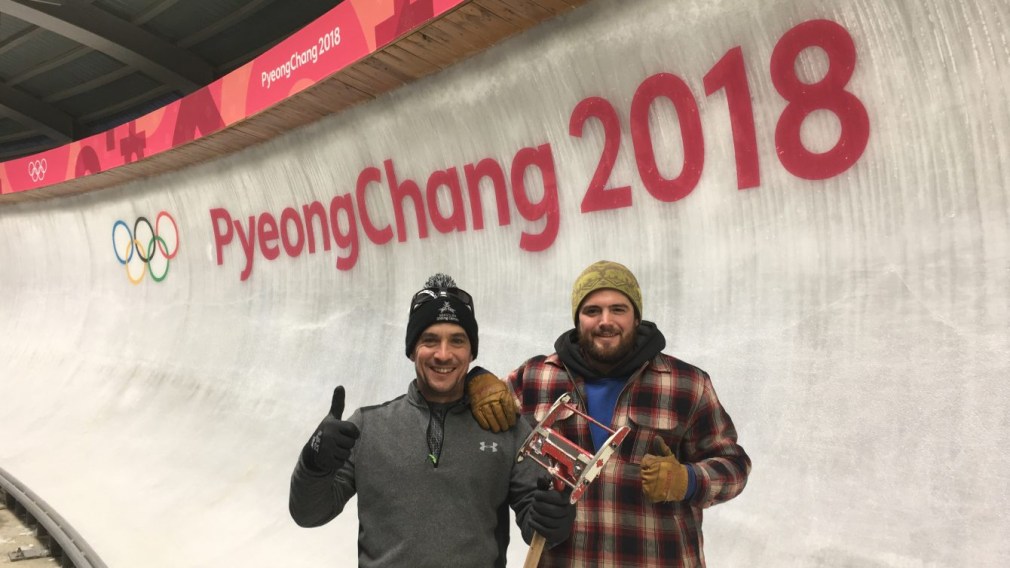 At the PyeongChang 2018 Olympic Sliding Centre, keep an eye out for the ice making team and the “Canuck” ice scraper with Canadian flags painted on each side. 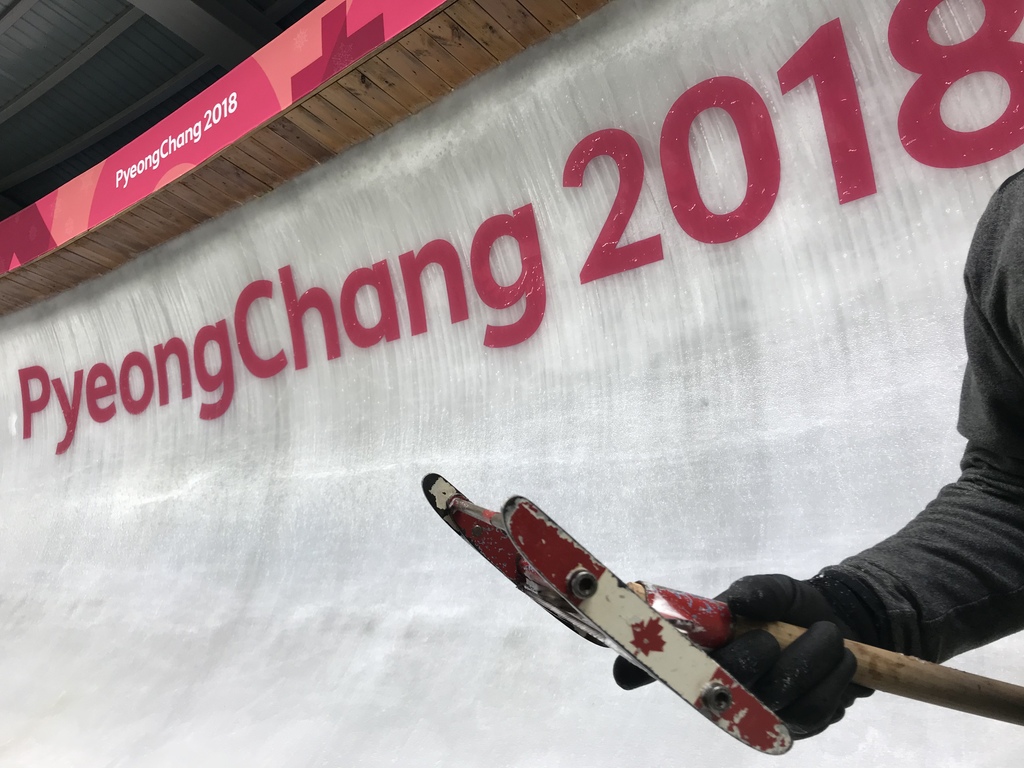 After hearing world renowned track director Tracy Seitz’s recommendations, the Korean sliding federation reached out to nine other Canadian ice makers, including Adam Taber and Greg Harries, to help in the construction of the Olympic sliding track.

Taber and Harries put a lot of dedication and pride into their ice making careers. Their hard work has given them a reputation for providing good ice conditions.

“It feels great having the athletes sliding the ice we helped make! We know them all from previous events and training sessions back in Whistler, and take great pride in providing them the best possible ice conditions,” Taber told Olympic.ca. 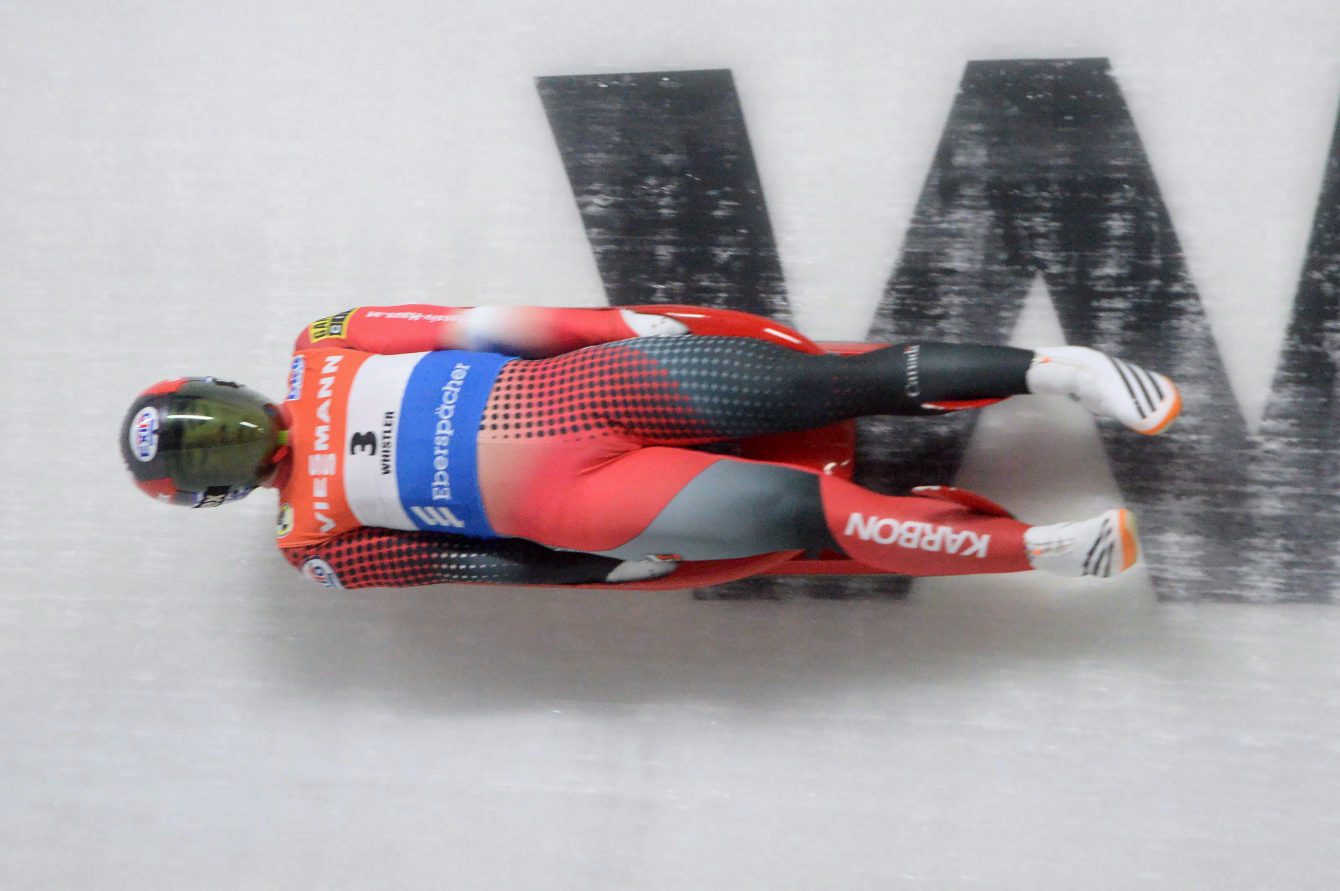 “One of the greatest things about being an ice maker is seeing the progression and cycles of athlete development. I remember sending Reid Watts down the Whistler track his first time,” said Taber. “And now, to see him on the national team representing our country is very rewarding!”

Ice tracks are a constant work in progress, and are entirely made and maintained by hand. “It also is a labour of love and takes a lot of work,” said Taber.

For PyeongChang 2018 there is a team comprised of six local and sixteen international ice makers. This team has been in Korea for almost a month prepping the Olympic track for bobsleigh, luge and skeleton.

“To get the track going initially it takes about a dozen workers a week or more to get enough ice on the track to send sleds. After that, it’s a constant process,” Taber explained. 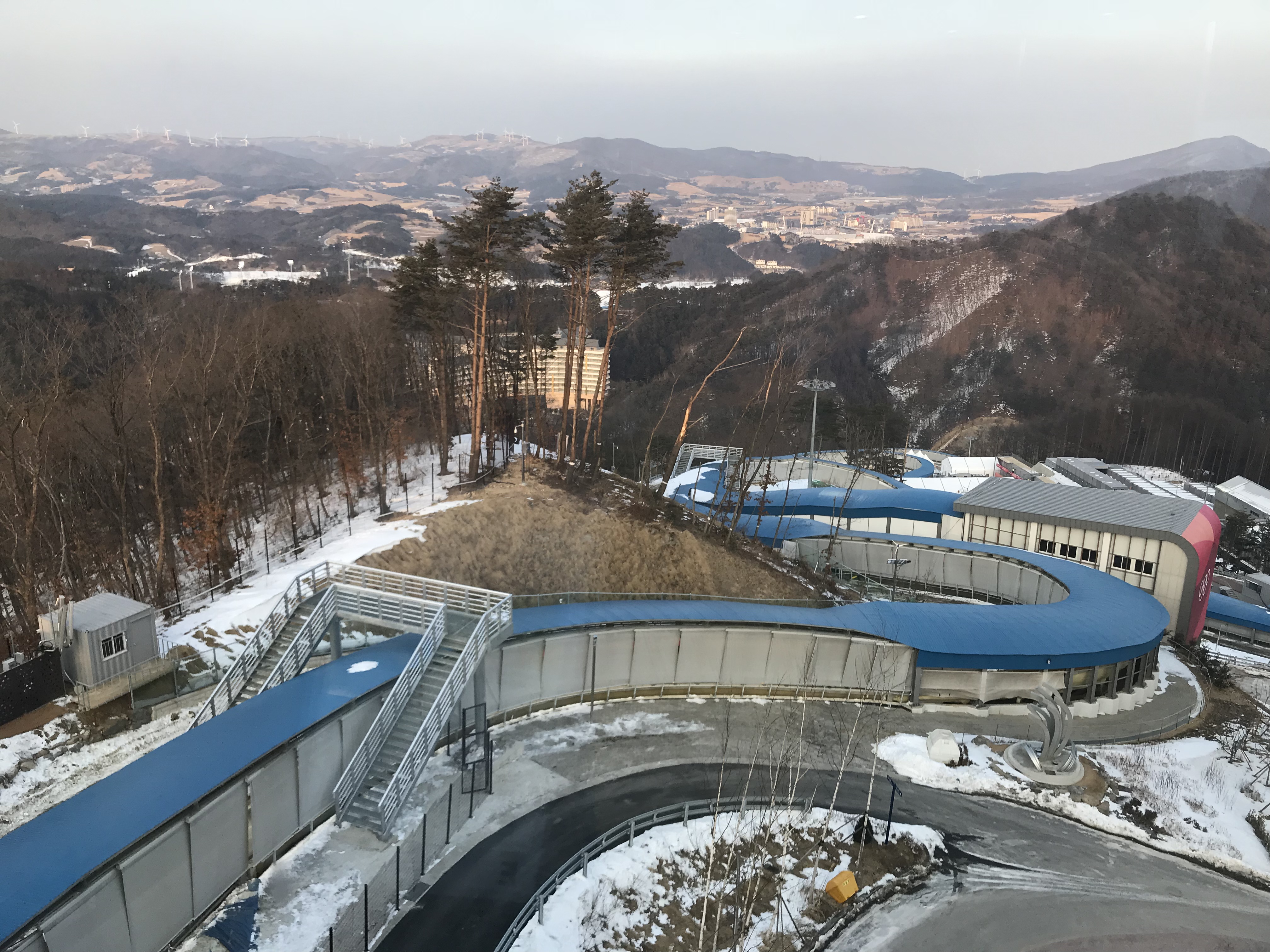 The venue for bobsleigh, skeleton and luge at PyeongChang 2018

Once the Olympic Winter Games begin, a typical day for Taber and Harries starts with prepping the track for sliding. This includes doing a track walk through to look for any issues/damages, sweeping out any loose ice, and adding water to keep the track smooth and fast. Taber and Harries will then help facilitate the Olympic sliding events by sending athletes down the track, prepping the track between sliding sessions, and immediately fixing any “potholes”.

The ice making team are also an important asset for potential sliding crashes. Harries, Taber and other members of the team stand by during sliding sessions, ready to catch athletes if a crash occurs.

How Taber got the Olympic ice making gig

Taber and Harries got their first Olympic ice making opportunity at Vancouver 2010 due to their well-known reputation for good ice. Little did they know that this opportunity would lead to their return to another Olympic Winter Games.

“I had no idea until then that being an international Olympic ice maker could be a gig. But once I realized that, I stayed working at the Whistler track in hopes that my number would come up,” Taber told Olympic.ca. 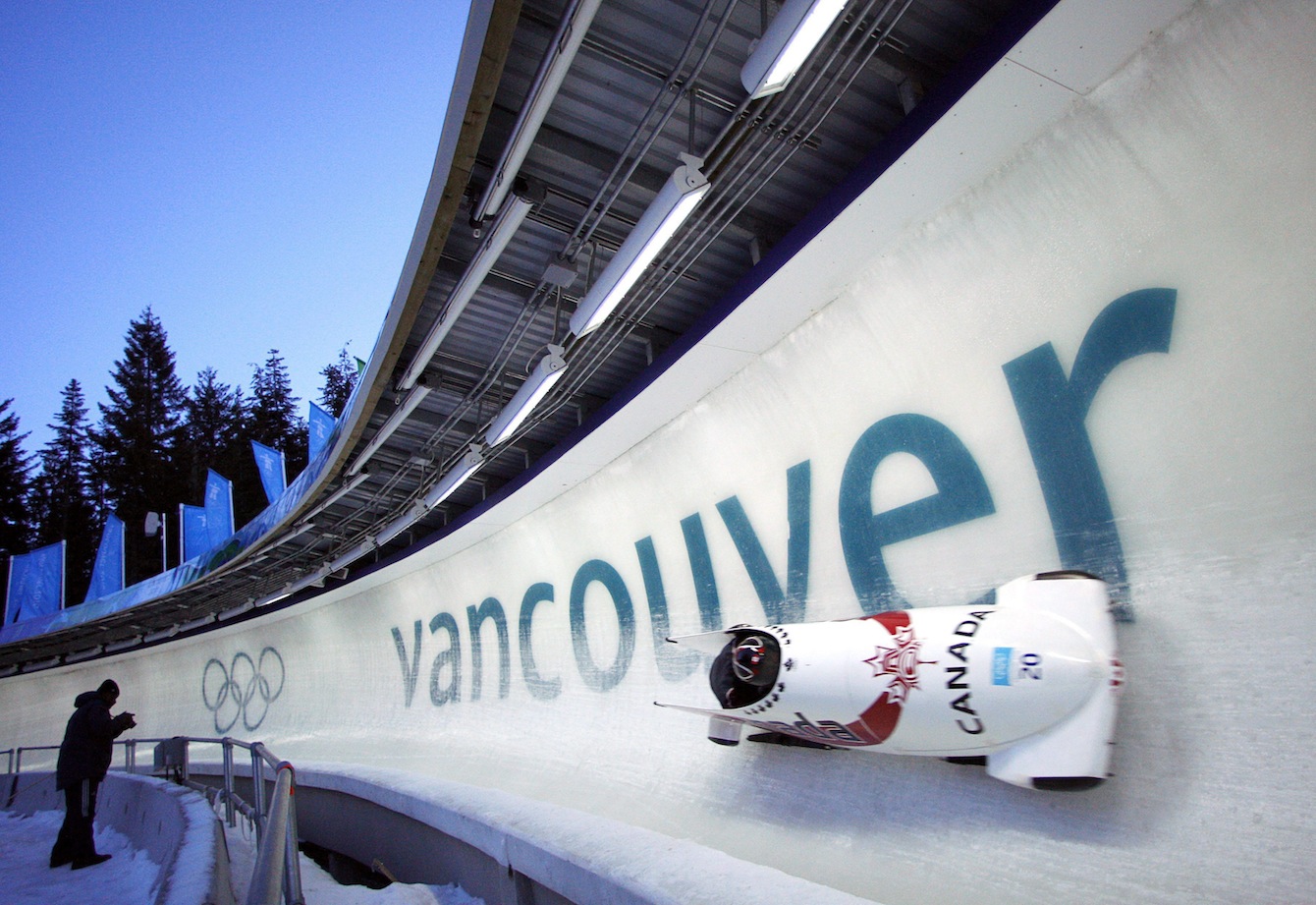 The two ice makers worked alongside Tracy Seitz at Vancouver 2010. Taber and Harries attribute their reputation for good ice to Seitz and his 30+ years in ice making. Seitz was track chief for Salt Lake City 2002, Turin 2006, and Vancouver 2010. In his years of experience, he learned everything there is to know about ice making through trial and error.

“We were lucky to have him pass on that knowledge to us in Whistler during the Vancouver 2010 Games, and set the expectations high,” said Taber. “We took it to heart and made a name for ourselves as producing and providing some of the best ice in the world.”

Keep an eye out for Harries and Taber, as well as many other Canadian ice makers, at PyeongChang 2018. Luge will be the first event to take place on the Olympic track in PyeongChang on February 10.

Spotted: Canadian ice makers contribute to the track in PyeongChang
What is the difference between racquetball and squash?
Eight must-visit cycling spots in Canada
Shuttlecock and balls: The fastest moving objects in sport
Canada’s National Sports Organizations plan for safe return
Adventure, culture and food: 9 things Peru is famous for