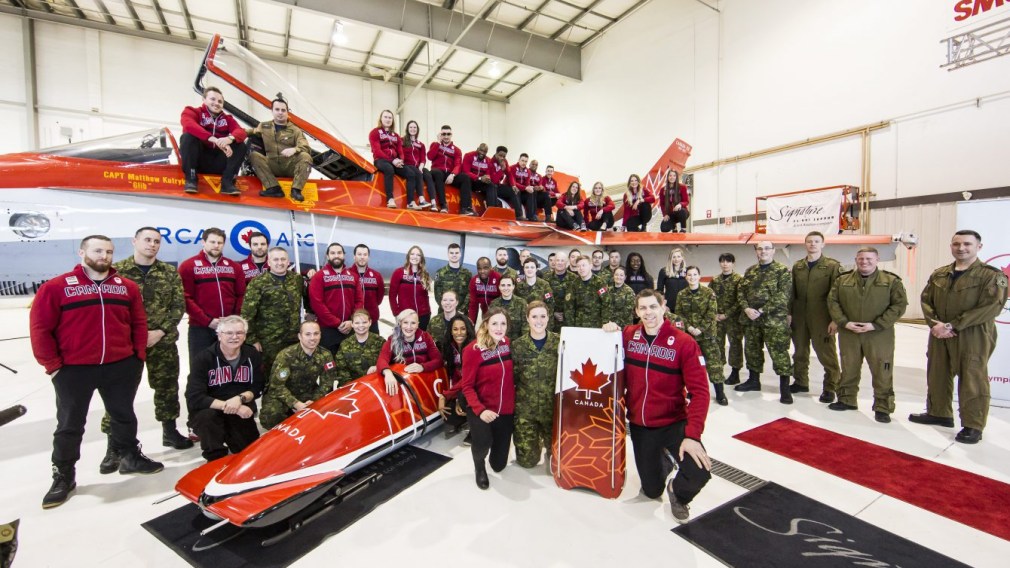 For a bobsleigh or skeleton athlete, there’s a whole lot to it.

Here’s a look at the names and backstories of some of the Canadian sleds we’ll be seeing in PyeongChang.

Kripps has a pair of sleds in South Korea, and says there’s “no illustrious history” behind the name of his two-man sled. Quite simply, it’s named after his favourite shotgun from the classic PlayStation video game Destiny.

As for Kripps’ four-man sled, it’s also got a weaponized moniker, taking its name from the World War II film starring Brad Pitt. 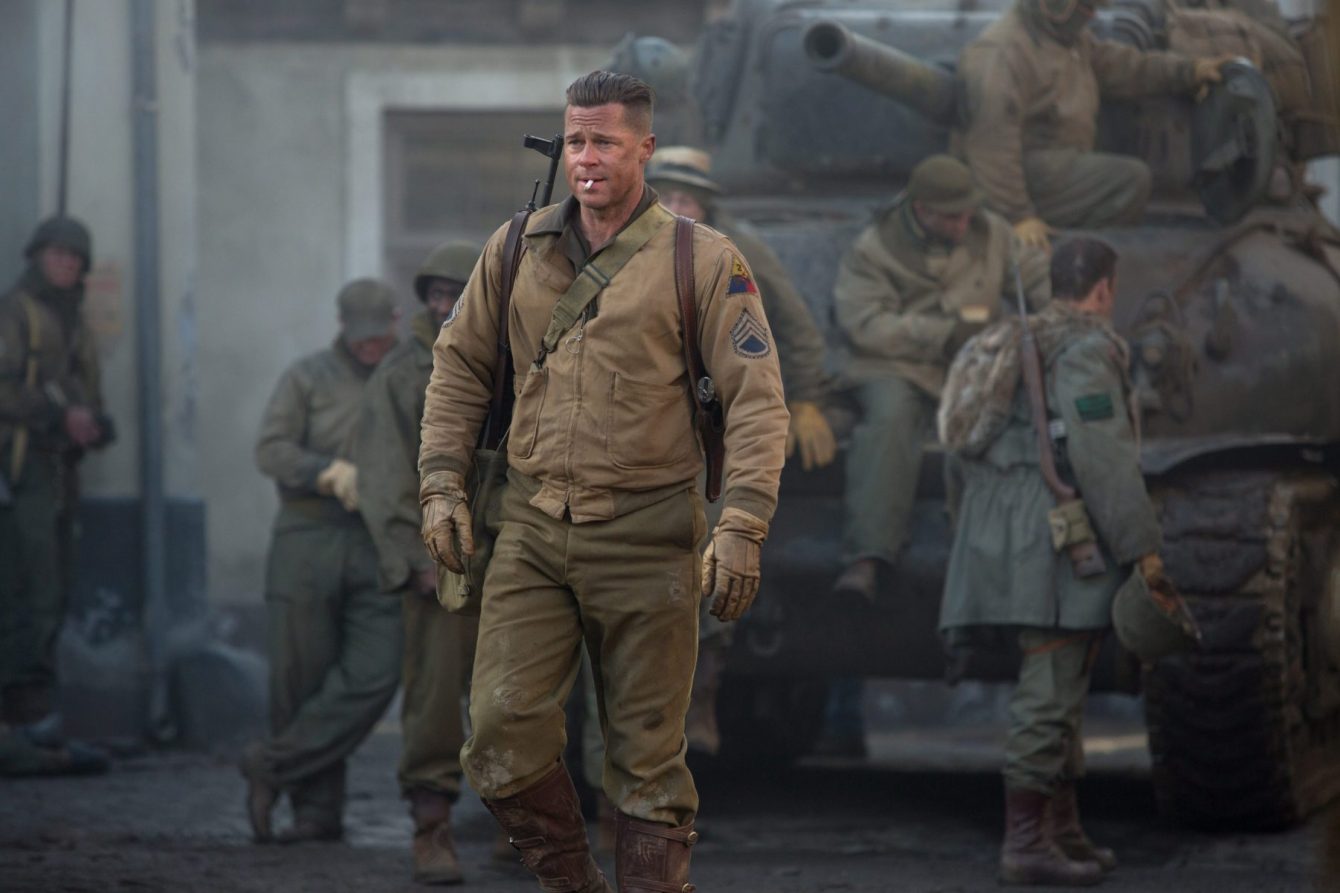 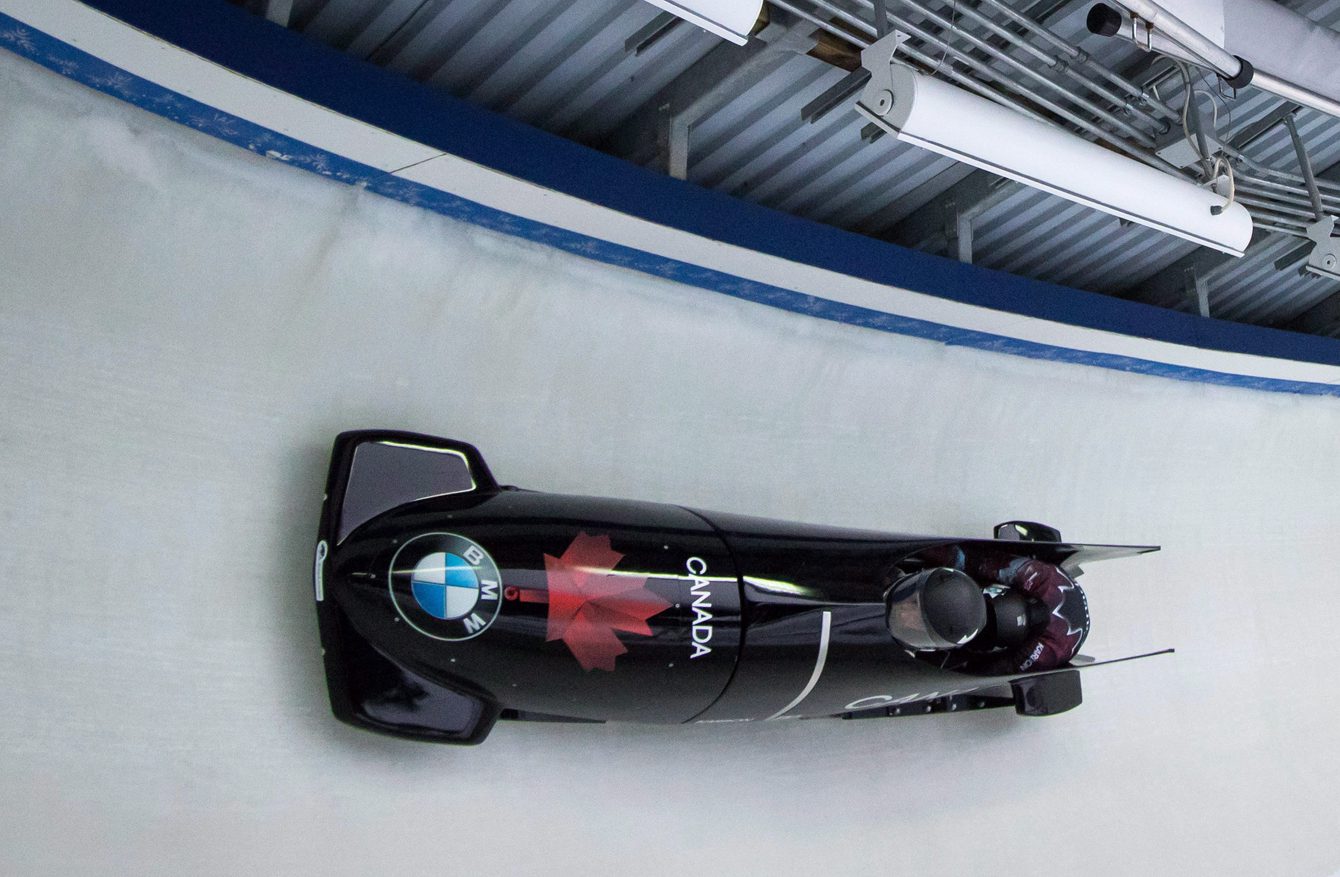 If you remember the wise black panther from The Jungle Book, then you’ve got a clear picture of how Rissling named her sled. 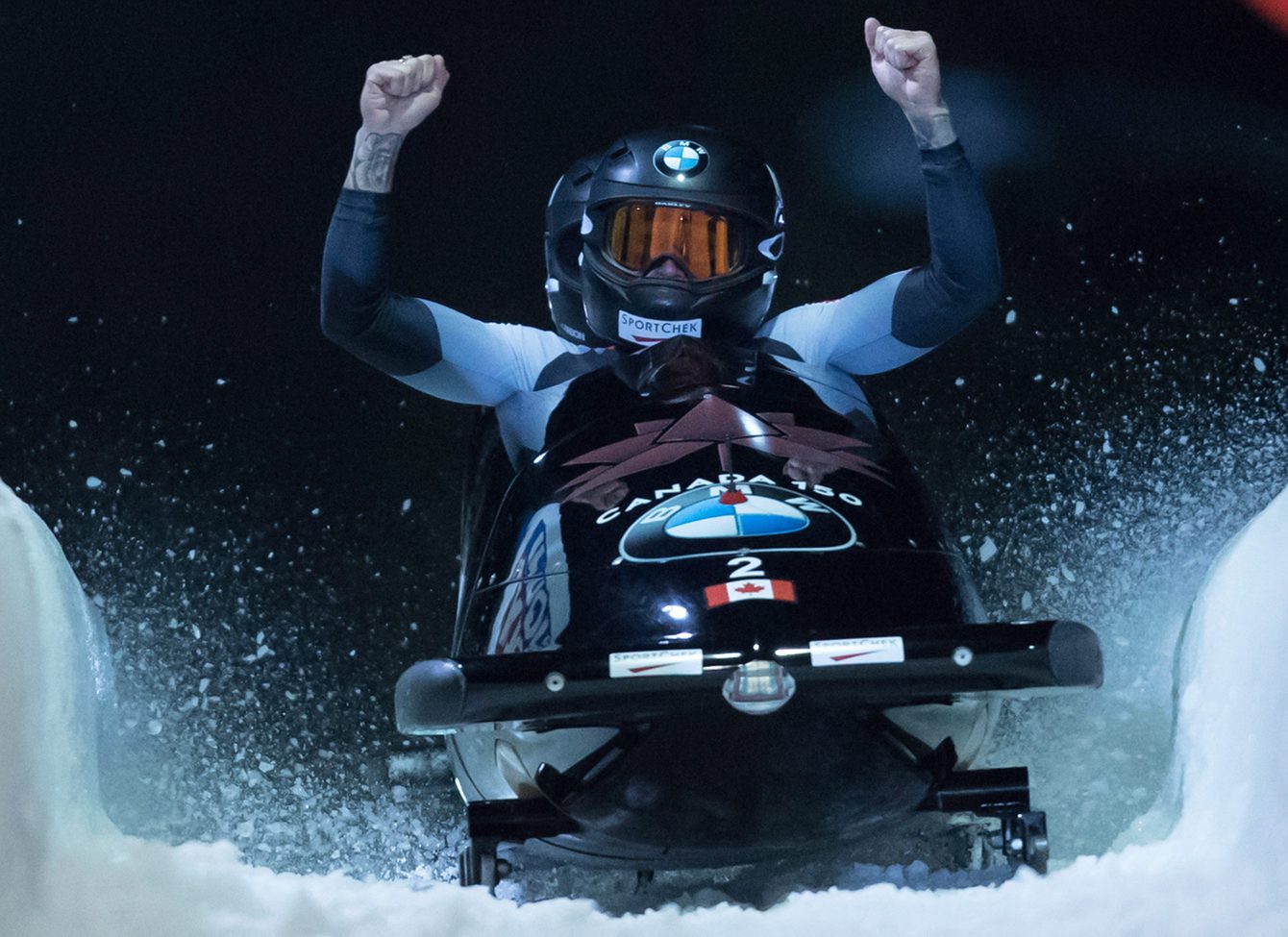 While that name carries a number of connotations, two-time Olympic champ Humphries says she simply borrowed the title from a durable tractor that, over time, became the most valuable piece of equipment a family owned. “I wanted to honour that family, so I’ve brought that name over.” 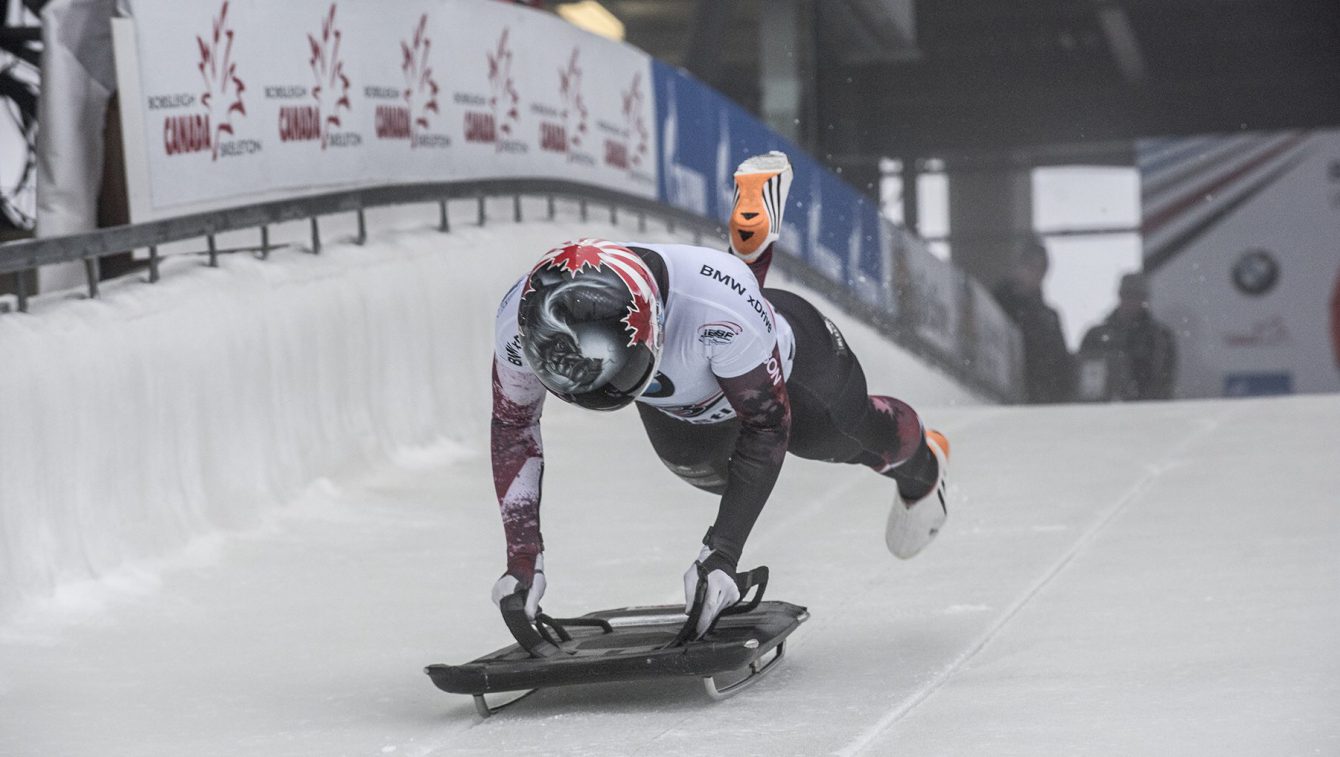 While her sled is named for the Greek god of thunder, her Olympic helmet design also carries meaning. Vancouver 2010 inspired her to compete, and its motto was “Glowing Hearts”; her helmet bears a human sternum with a maple leaf in place of a heart. 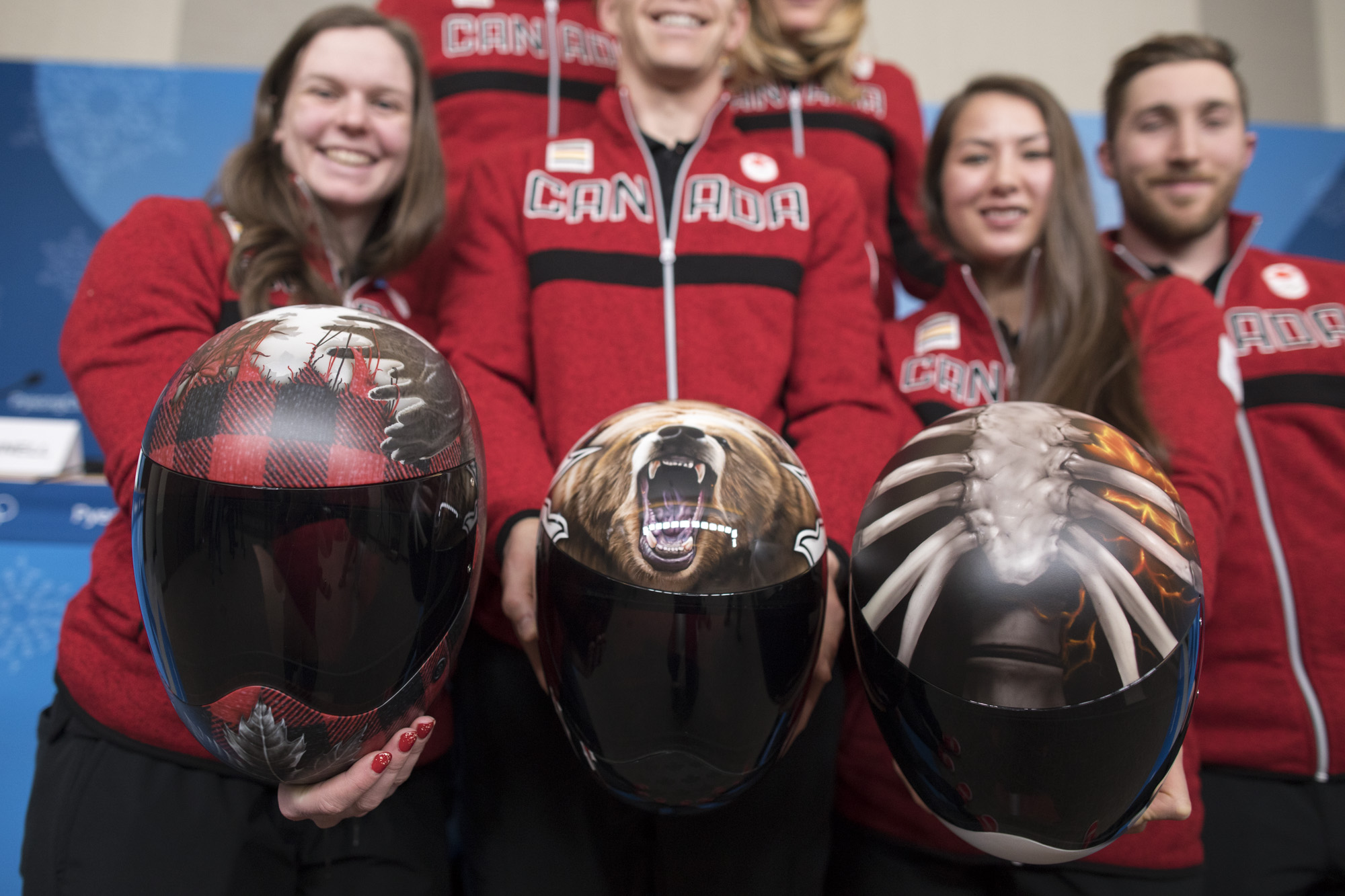 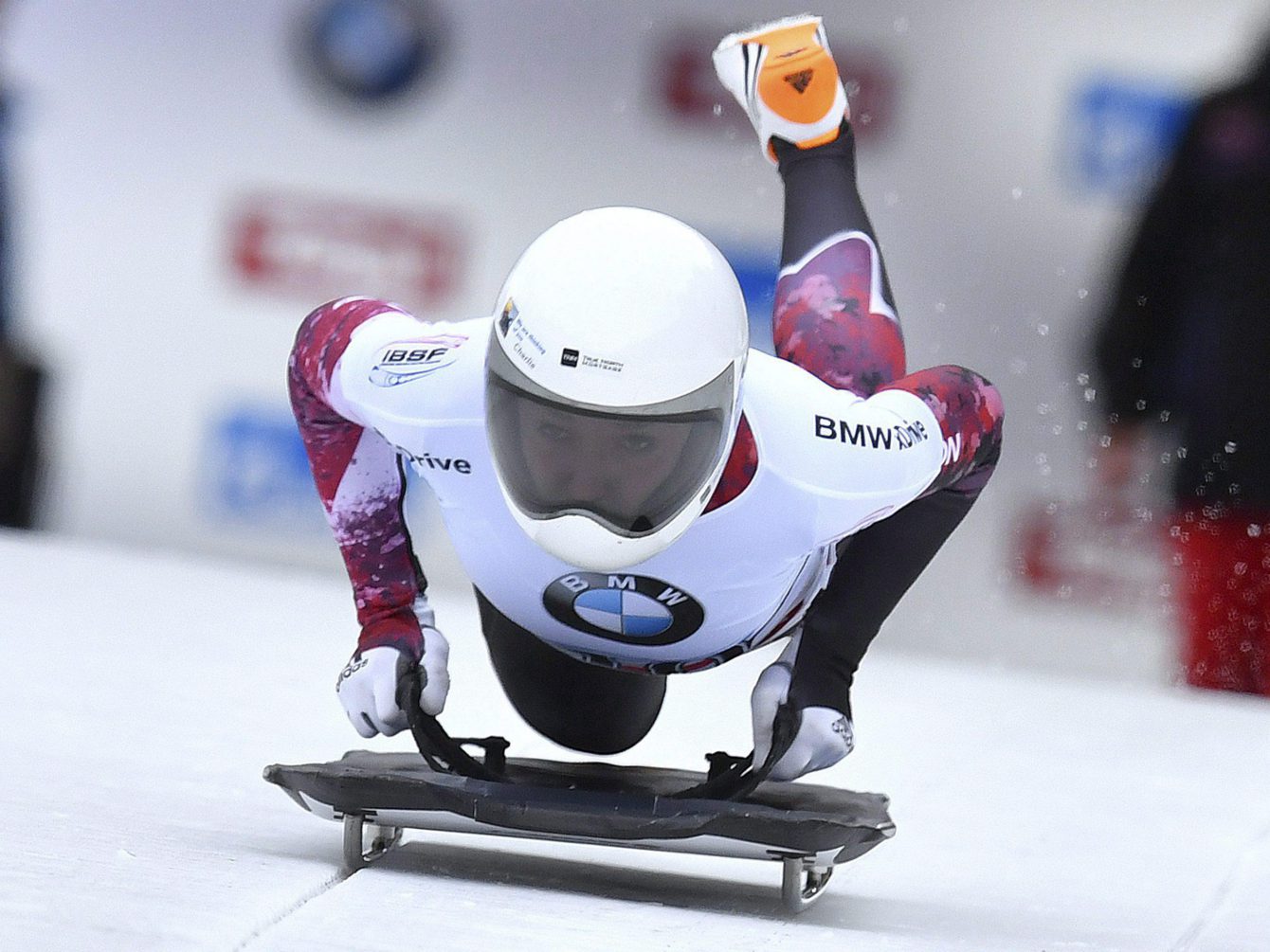 Rahneva says the sport has provided her with a new family, so it’s fitting that when she sought a name for her sled (which she purchased through crowdfunding), the winning suggestion was Dan, the name of her old rugby coach’s late father. 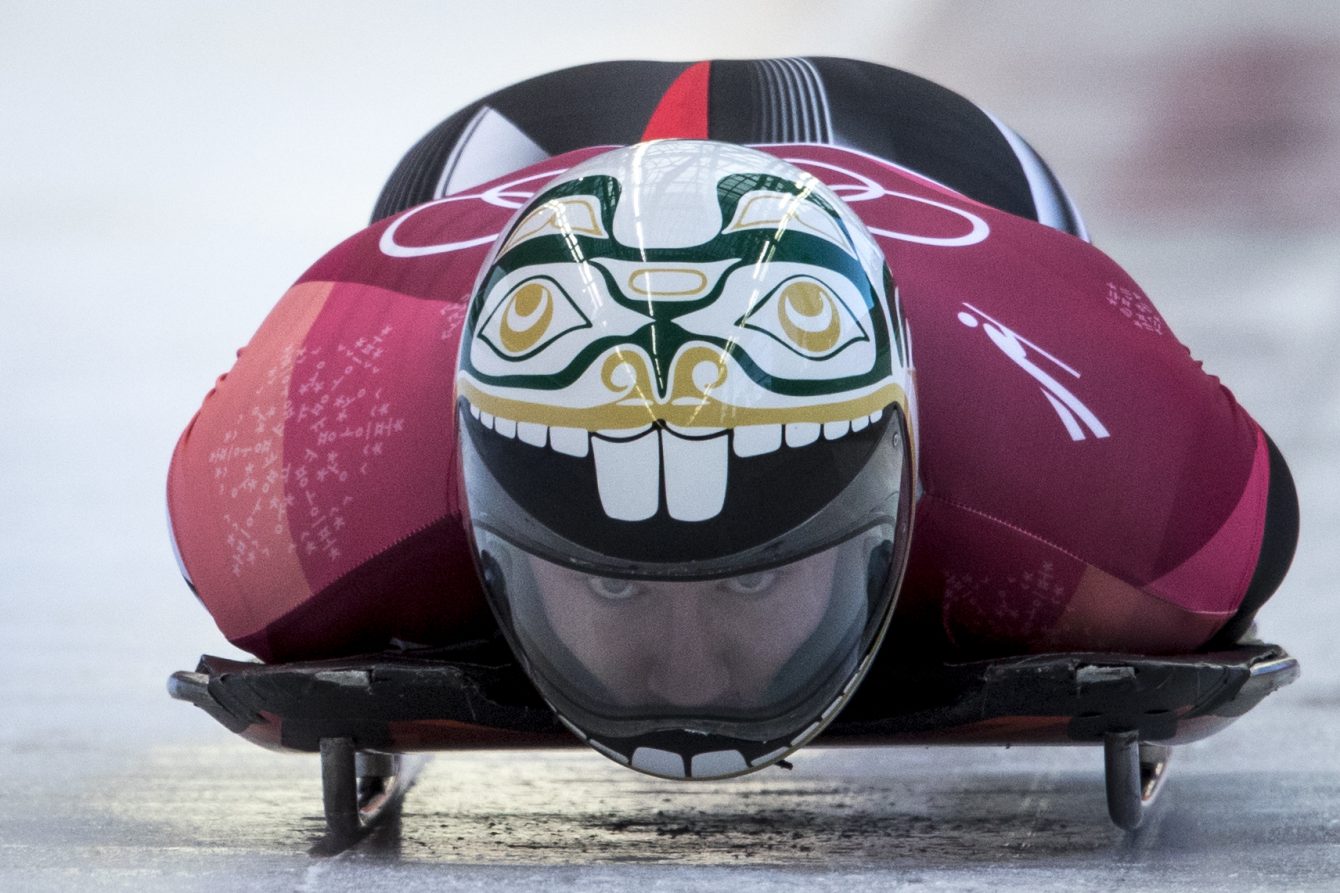 Another dad-themed name comes from 24-year-old Boyer, the youngest member of the men’s skeleton team. In this case, his dad came up with Lola Bunny. Who could say no to that? 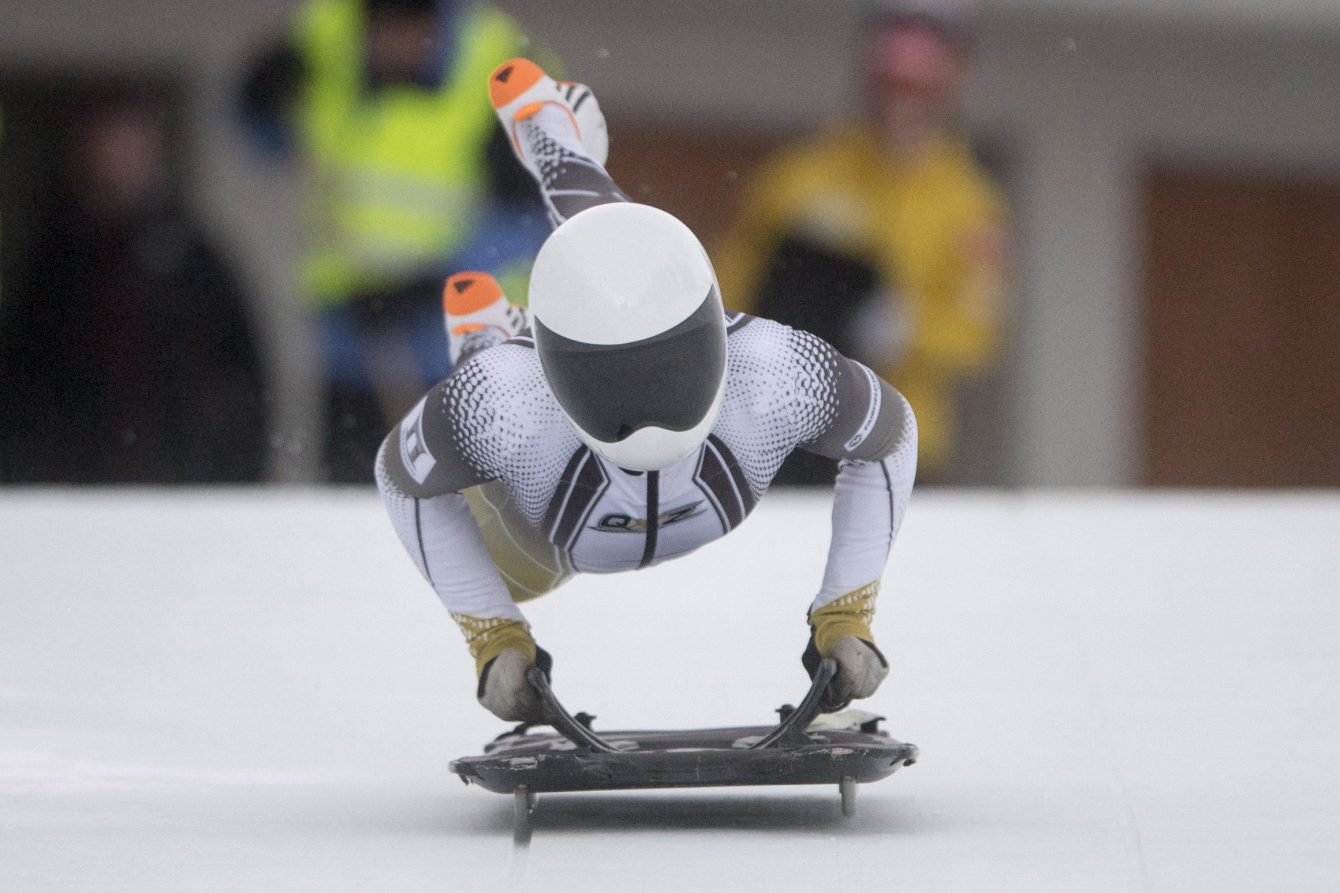 Elisabeth Vathje from Team Canada competes during a training at the Women’s Skeleton World Cup in St. Moritz, Switzerland, on Thursday, Jan. 11, 2018. (Urs Flueeler/Keystone via AP)

Like Kripps, Vathje drew some cinematic inspiration (though from a very different kind of movie), naming her sled after the reindeer from Frozen. As for her helmet, the lumberjack, moose and maple leaf came about when she asked the designer to come up with the most Canadian design possible. 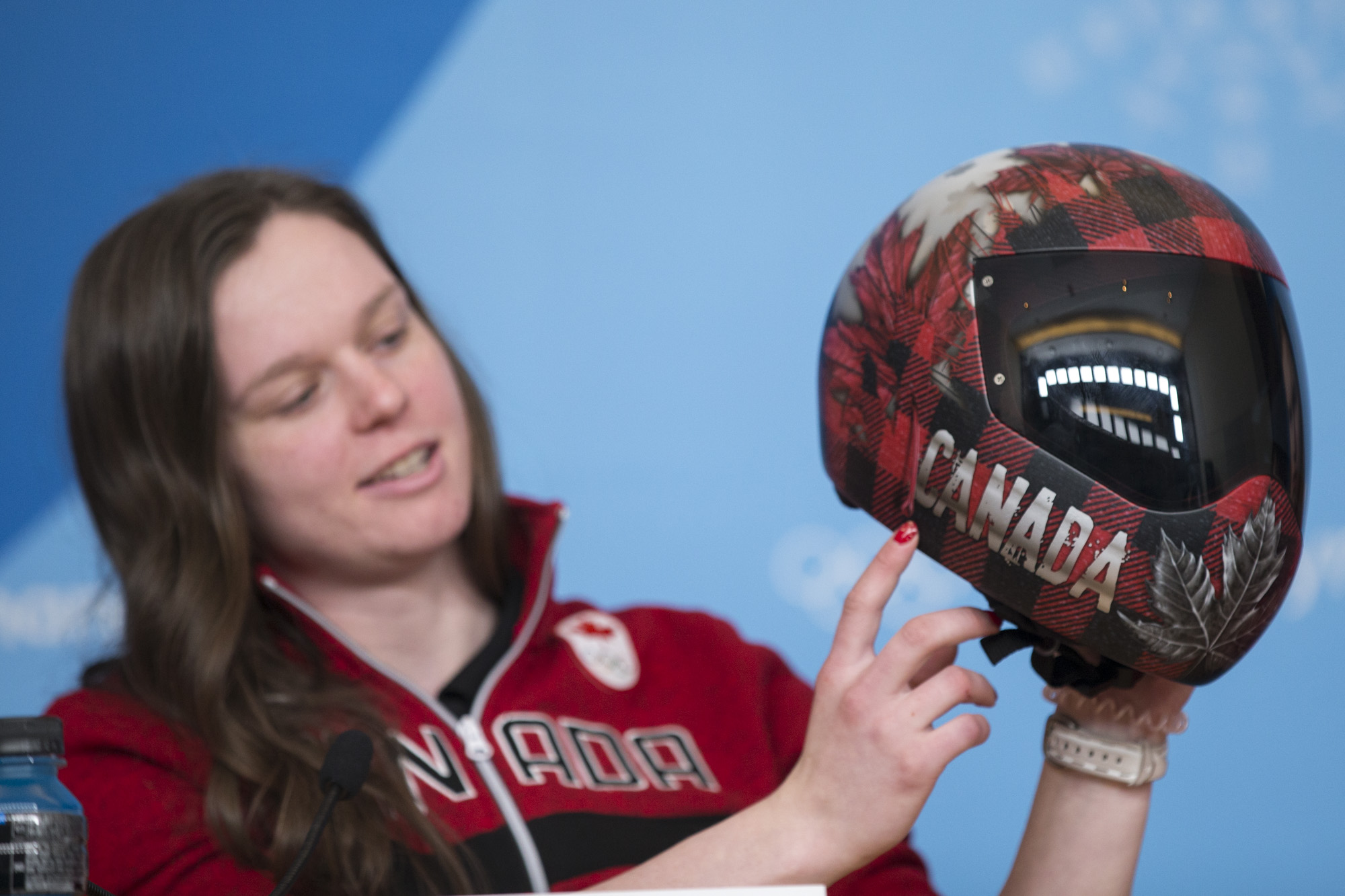 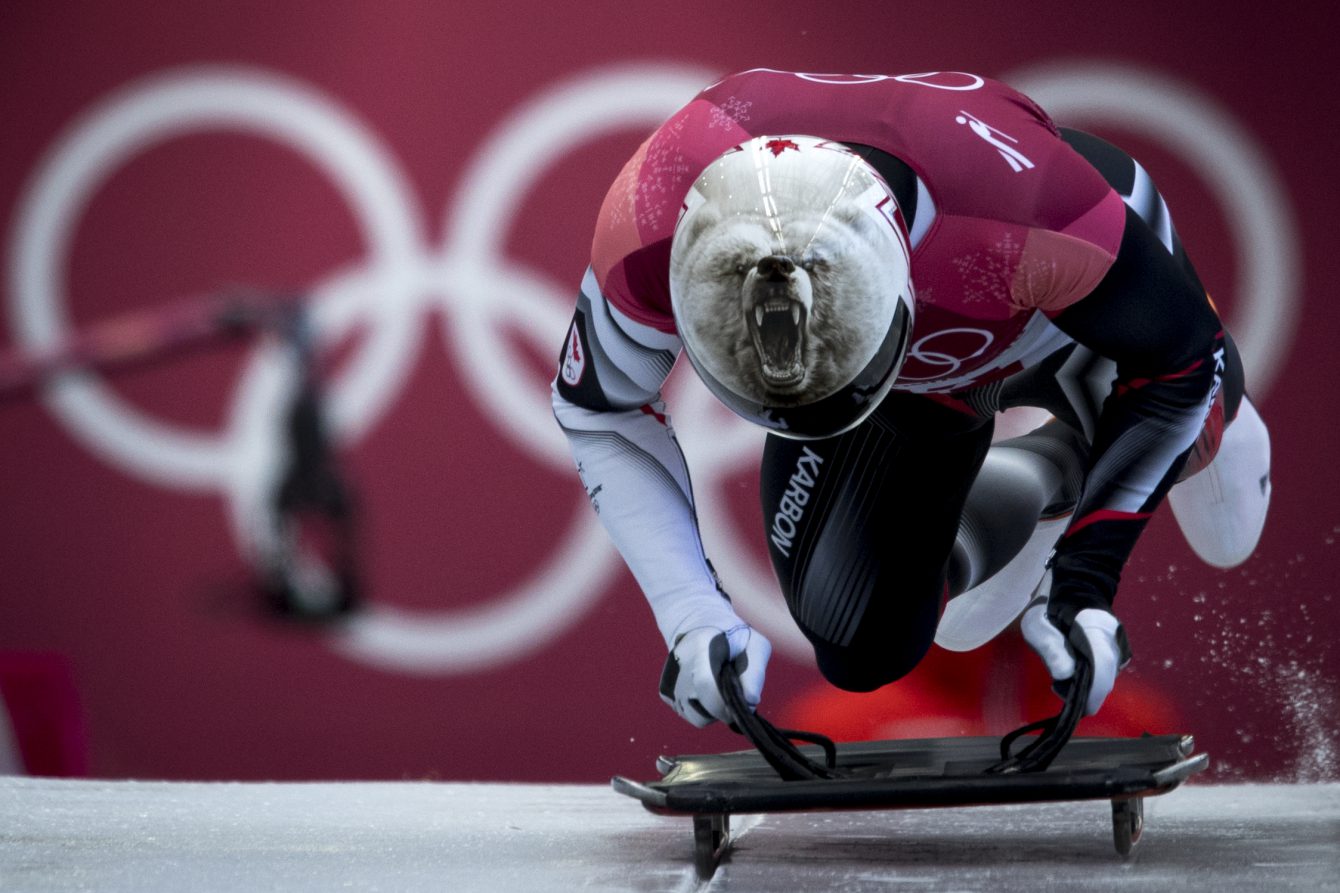 Who’s Candice? A family member? An old teacher or coach? Nope. Martineau, who was inspired to become an Olympian by Jon Montgomery’s famous beer chug at Vancouver 2010, named his sled after supermodel Candice Swanepoel.

What’s in a name? More specifically, what’s in a sled’s name?
Ana Padurariu: Facing the never-ending challenges of 2020
What is the difference between racquetball and squash?
Shuttlecock and balls: The fastest moving objects in sport
Team Canada Athletes Out of Isolation, Back to Training
Getting vertical: The highest jumps in sport