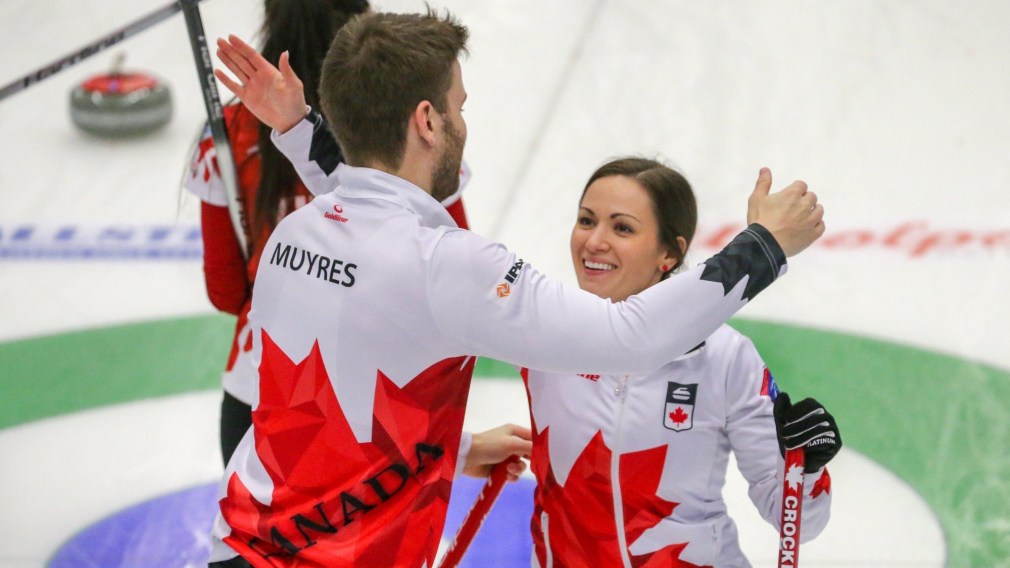 Laura Crocker and Kirk Muyres are coming home from the World Mixed Doubles Curling Championship with a bronze medal.

It had been a tight affair until the seventh end when Crocker and Muyres scored four, leading to the Koreans deciding to shake hands and concede the match.

South Korea had started the game with the hammer, but could only score a single in the first end. After the Canadians scored one of their own in the second, the Koreans got another single in the third.

It wasn’t until the fourth end that multiple points were put on the board when Crocker and Muyres scored two. They then stole one in the fifth to take a 4-2 lead. The Koreans came within one after six ends before the game got away from them.

Crocker and Muyres ended up playing for the bronze medal after a 7-5 loss to Switzerland in their semifinal earlier on Saturday. Michele Jaeggi and Sven Michel went on to defeat Russia 9-6 to win the gold medal. It is the seventh time that Switzerland has won the mixed doubles world title since the event was first held in 2008.

This is the second straight year that Canada has stood on the podium at the mixed doubles worlds, following the silver medal by Joanne Courtney and Reid Carruthers last year. Canada’s only other medal was the bronze won by Sean Grassie and Allison Nimik in 2009.

Bronze for Crocker and Muyres at mixed doubles curling worlds
12 Team Canada athletes who are Winter and Summer Olympians
De Haître: 2 sports, 2 Olympic Games, 7 months. Challenge accepted.
Shuttlecock and balls: The fastest moving objects in sport
McBean: Chaos and change can provide the greatest opportunities
What is the difference between racquetball and squash?