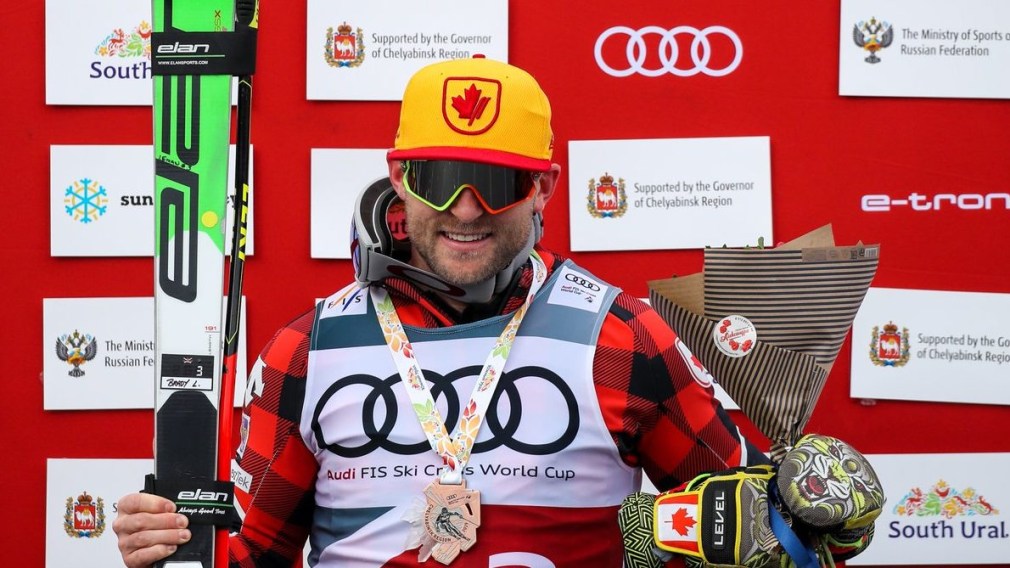 Brady Leman raced his way to a bronze medal on Sunday at the FIS Ski Cross World Cup in Sunny Valley, Russia.

In a tight race from start to finish, it was France’s Bastien Midol who crossed the finish line first to capture the gold medal. Behind him was Alex Fiva of Switzerland and of course, Leman to complete the podium.

“It was a tough day of racing for sure. All day, every round was a battle to get through,” Leman said following the race. “It was a tough round in the final for sure – some really fast skiers – so I was really happy to be third.”

This is Leman’s third World Cup medal of the season. Leman won his first medal of the year in Innichen, Italy where he took home a bronze. After that, the PyeongChang 2018 Olympic champion in ski cross earned himself a World Cup gold in front of a home crowd in Blue Mountain, Ontario. Leman was also a silver medallist at the 2019 FIS Freestyle Ski Cross Championships.

On the women’s side, India Sherret missed the podium by an inch with a fourth place finish. Marielle Thompson, Brittany Phelan, Kelsey Serwa and Abby McEwen all competed alongside her.