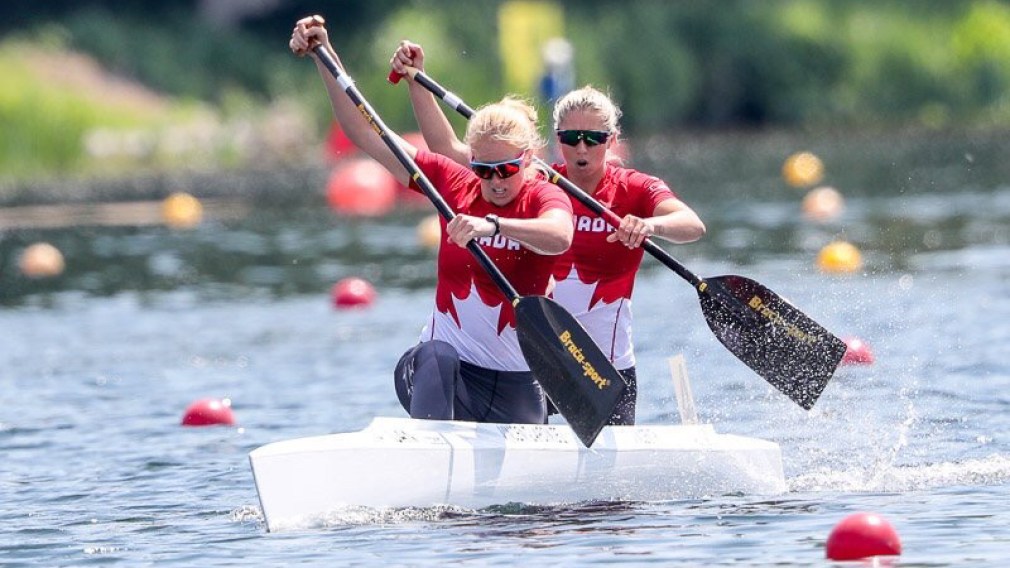 From the ice, to the pool, and the gymnastics floor, Team Canada athletes were on top this weekend.

Here is a look at Team Canada’s successful weekend.

Saturday, Canada’s Laurence Vincent-Lapointe and Katie Vincent both landed on the podium  at the 2019 ICF World Cup event in Poznan, Poland.

On Saturday Vincent-Lapointe won gold in the C1 200m, while Vincent took home the silver.

Feeding off this energy, on Sunday the Canadian paddlers changed dynamics from rivals to a dynamic duo. The pair had a close race with China and Ukraine, but they came out on top to win the gold in the C2 500m with a time of one minute 54.389 seconds.

On Saturday, Warner ran the fastest 100m at Gotzis beating his previous time of 10.15 by 0.03 seconds. This accomplishment helped Warner climb to the top spot in the event after one day of competition which ultimately led to his fifth win of the this specific meet.

A total score of 8711, this lucky number five win has allowed Warner to became the third athlete to ever win five titles at the Gotzis (100 metre hurdles, discus, pole vault, javelin and 1500 metre).

FIVE! @DamianWarner wins it! Total score of 8711 and becomes only the third athlete ever to win five titles at the Gotzis #Hypomeeting!

During the final game on Sunday at Ondrej Nepela Arena, Team Canada ended the IIHF World Championship with a silver after falling 3-1 to Finland in the final. 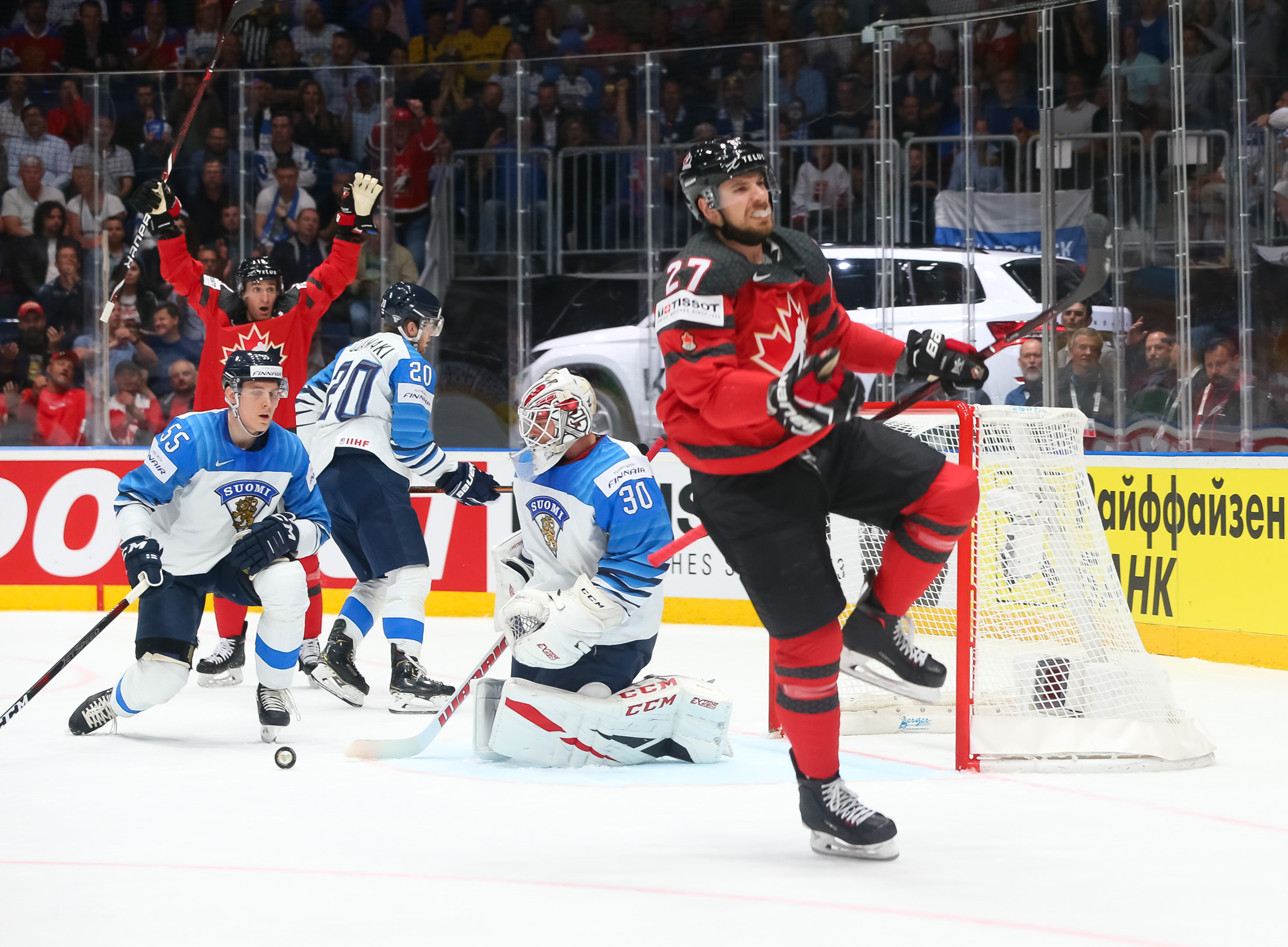 Leading to the gold medal match, unexpectedly the Finnish team was able to battle their way to the top after defeating powerhouses like Sweden and Russia. Canada started strong with a goal in the first period by a Shea Theodore to take the first lead of a game.

Although after the second period, the Finn’s were able to tie up the score which led to them securing their lead in the third.

Over the weekend, Kelita Zupancic (70 kg) and Arthur Margelidon (73 kg) each captured bronze at the Judo Grand Prix in Hohhot.

On the men’s team, Margelidon had a consistent performance with 3 victories in the preliminary rounds. Ultimately, Margelidon would capture the bronze by waza-ari against his teammate Antoine Bouchard.

On the women’s team, Kelita Zupancic had a score of 1 victory and 1 loss in the preliminaries. In the end, the Whitby native won with an ippon against Greek Elisavet Teltsidou.

A career high, Auger-Aliassime showcased his dominance on the clay and accomplished his third ATP semi-final. Unfortunately the 18-year-old fell in the Lyon Final after a tough match against France’s Benoît Paire at the ATP tournament.

Ellie Black continued to showcase her talent in the sport at the 2019 Canadian Championships this weekend in Ottawa.

Earlier in the tournament, to amp up the difficulty the Nova Scotia native announced that she will be making changes to her vault and floor routine. Working to her advantage, Black was able to accomplish a total score of 112.065 points and win her sixth all-around National Championship.

After a fall on the beam on the first day of competition, Black was trailing Padurariu, but regained her momentum to capture her national title again after Padurariu fell on beam on day two.

Sharing the podium with Black, Ana Padurariu of Whitby, ON captured the silver, while Brooklyn Moors of Cambridge, ON took the bronze.

“To shoot 3-under on a Sunday and be that close to the (top of the) leaderboard and know that you left some out there is a good thing. I think this was a good way to lead into the U.S. Open next week.” pic.twitter.com/kHeDB9L3Ax

Brooke Henderson had a successful weekend at the Pure Silk Championship in, Virginia after tying for second with Sweden’s Madelene Sagström and Japan’s Nasa Hataoka.

Henderson has eight career LPGA victories, and is one LPGA win away from setting a new Canadian record.

Our artistic swimmers climbed FOUR TIMES on the podium at the World Series in Greensboro, USA! 🙌😍

Weekend Roundup: Team Canada dominates the podium worldwide
What are the differences between baseball and softball?
Where are They Now? Alexandre Despatie
Canada locks up men’s Olympic curling berth for Beijing 2022
Shuttlecock and balls: The fastest moving objects in sport
What is the difference between racquetball and squash?