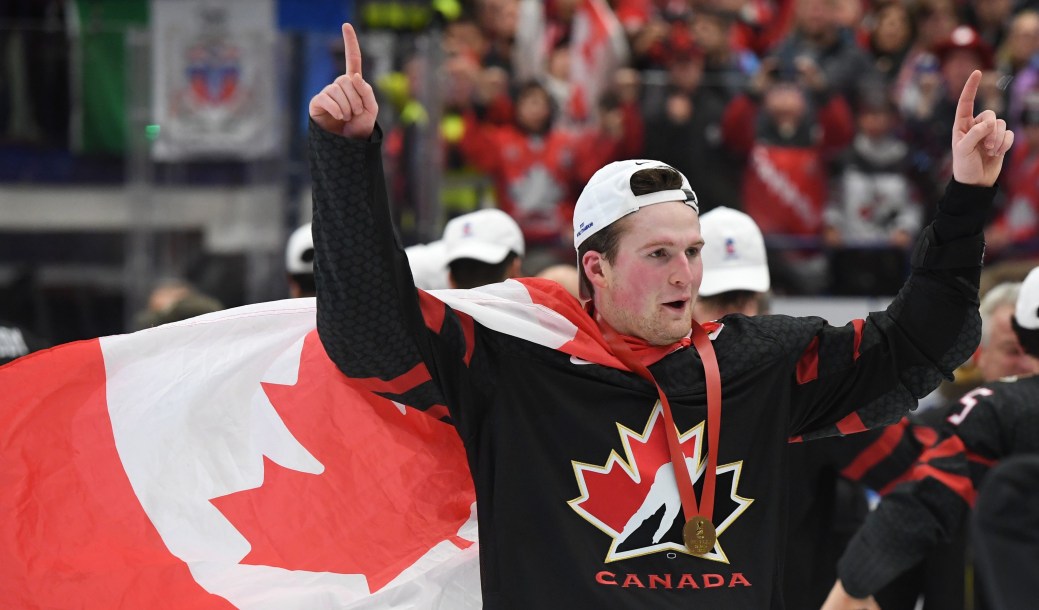 It’s the most wonderful time of the year!

Team Canada is getting ready to hit the ice at the 2021 IIHF World Junior Championship in Edmonton, Alberta. The tournament will take place December 25-January 5 in a bubble environment at Rogers Place where Canada is looking to defend its title on home ice. While the tournament begins on Christmas day with three games, Canada will kick off its schedule at 6 p.m. ET on Boxing Day, December 26, against Germany.

Before the puck drops, let’s take a look at what we can expect from this year’s tournament. 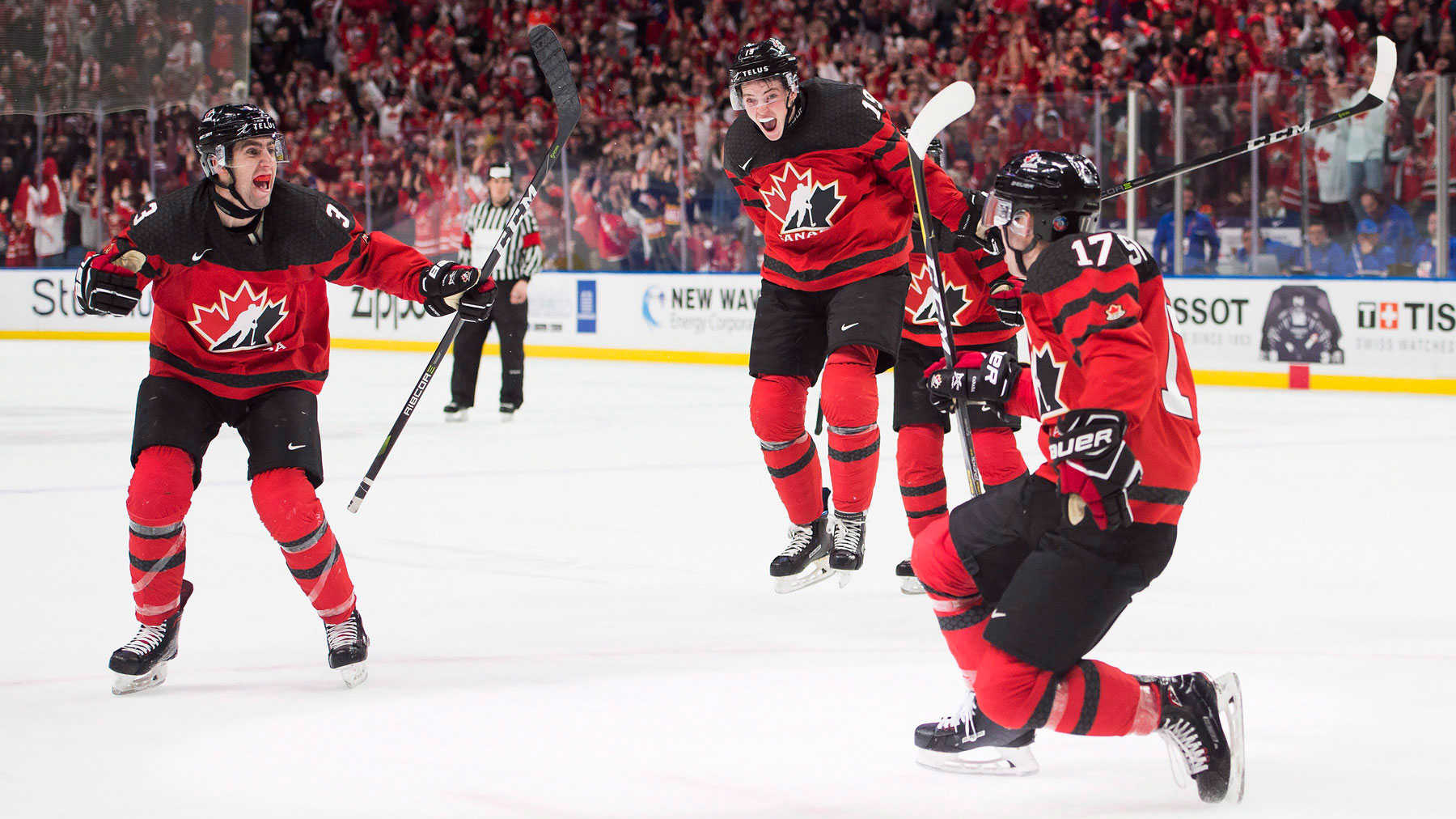 Canada holds the most titles in World Juniors history with 18. Over the years, they’ve also collected 9 silvers and five bronze for a total of 32 medals in the tournament’s 44-year history. 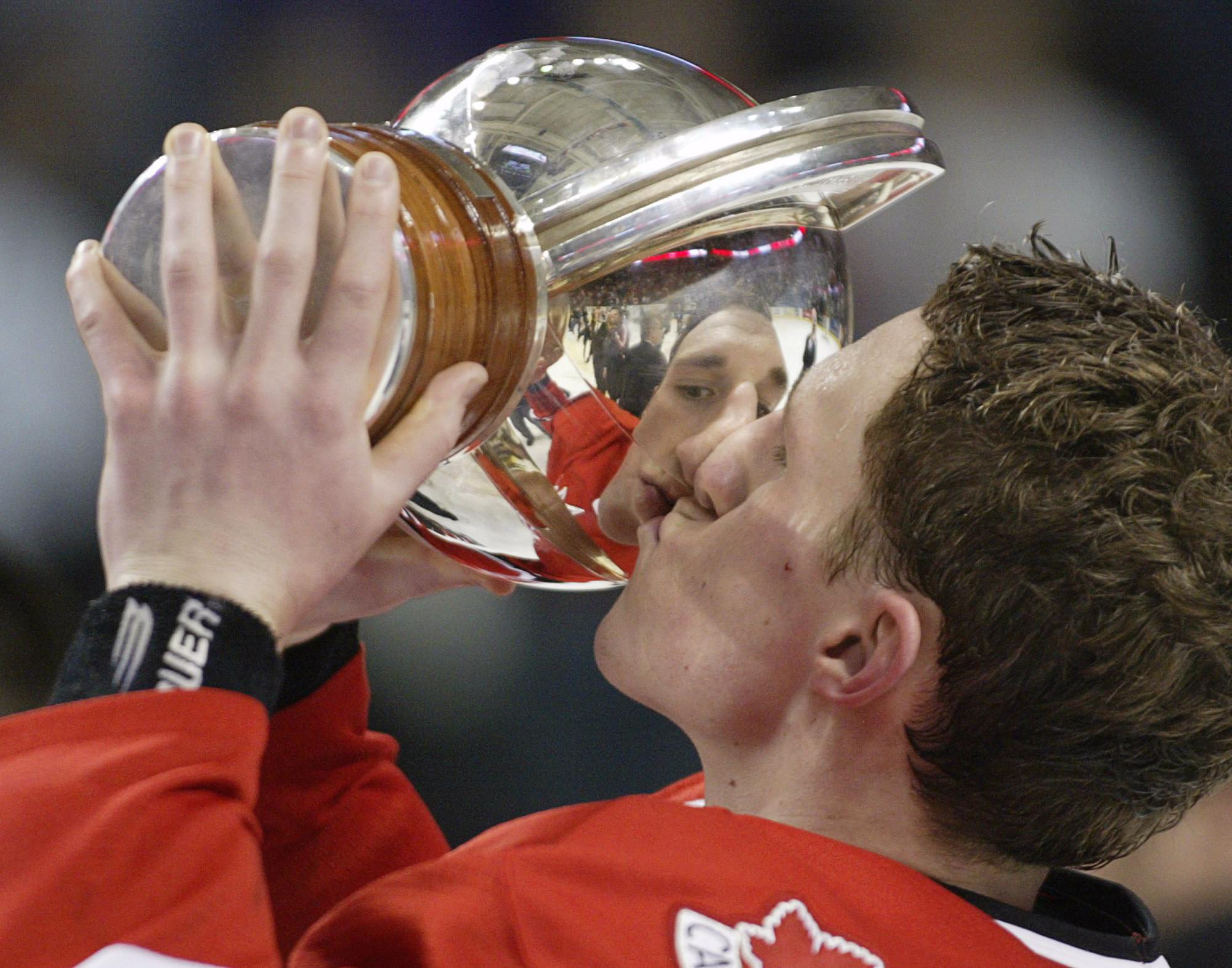 Dion Phaneuf celebrates with the trophy after their gold medal win at the 2005 World Juniors (Photo: CP)

Team Canada had two golden eras at the World Juniors, where they dominated the tournament for five years at a time. From 1993 to 1997 and again from 2005 to 2009, Canada won five consecutive gold medals. This year’s squad will be looking to build off of last year’s success in the tournament with back-to-back golds.

Quinton Byfield, the OHL’s rookie of the year, skates during an intersquad game at Hockey Canada’s men’s under-18 hockey camp in Calgary, Alta. THE CANADIAN PRESS/Jeff McIntosh

This year’s roster is stacked with first round NHL draft picks, including all 14 forwards. A total of 20 players representing Canada are first rounders, including 10 who were selected at the 2020 NHL Entry Draft. Taylor Gauthier is the sole undrafted player, who will be eligible in 2021. 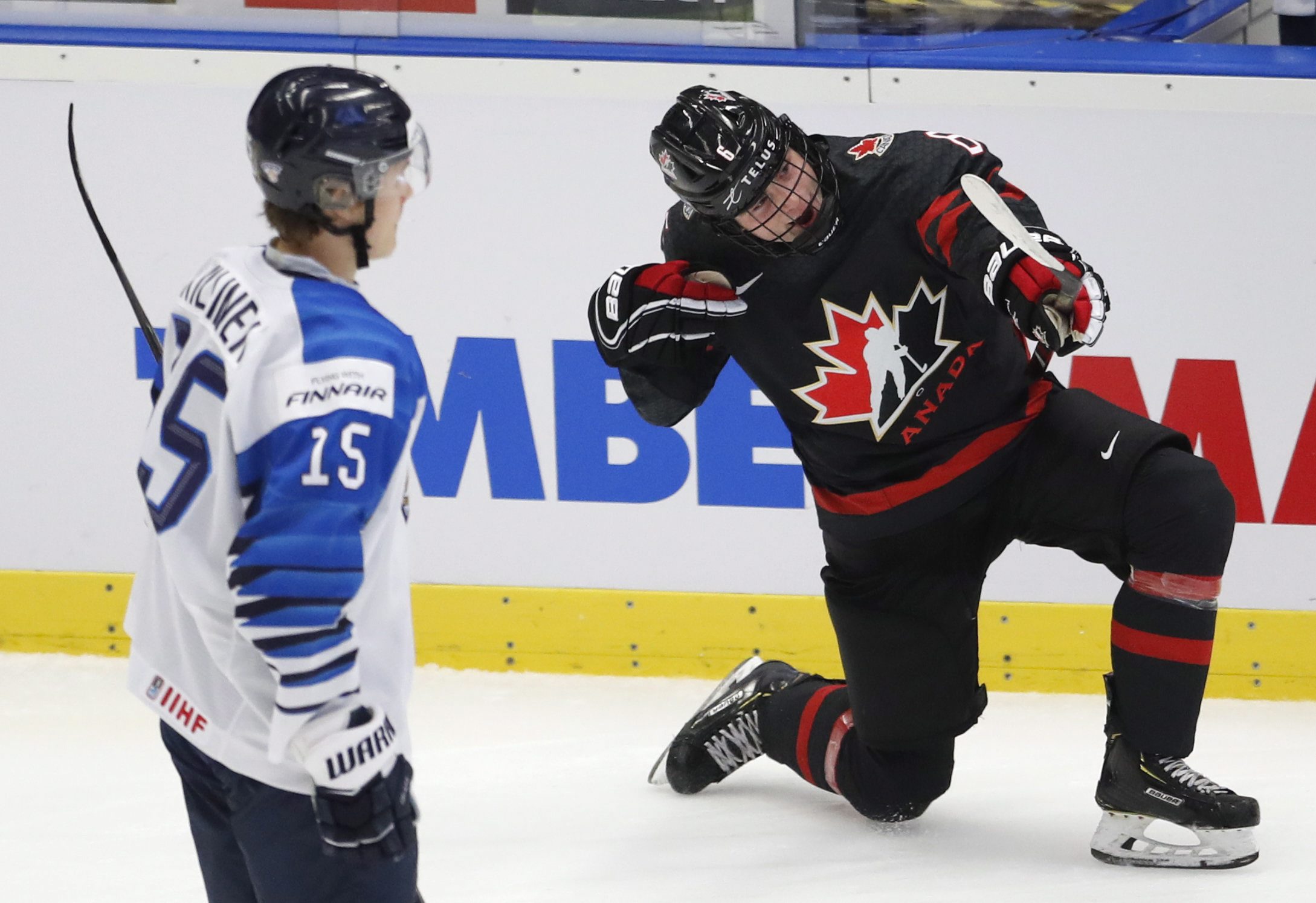 Mercer, from Bay Roberts, NL is back for another year and will be joined by St. John’s native Alex Newhook. This is the first time two kids from The Rock have made it to the same World Juniors since John Slaney and Chad Penney in 1992.

Forward Jack Quinn will be making his international debut for Canada at the 2021 World Juniors. The Ottawa 67’s winger, who scored 52 goals last season (the most on this year’s WJC team!), had never been invited to a Hockey Canada event before this year’s selection camp.

This year’s tournament will look a little different without fans in attendance as a result of the ongoing COVID-19 pandemic. Similar to what we saw in the NHL playoffs, all games will be played in a secure, “bubble” format to ensure the safety of both players and staff. Rogers Place was selected as one of two hubs when the NHL resumed action, hosting the Western Conference playoffs, the NHL Conference Finals and the 2020 Stanley Cup Finals.