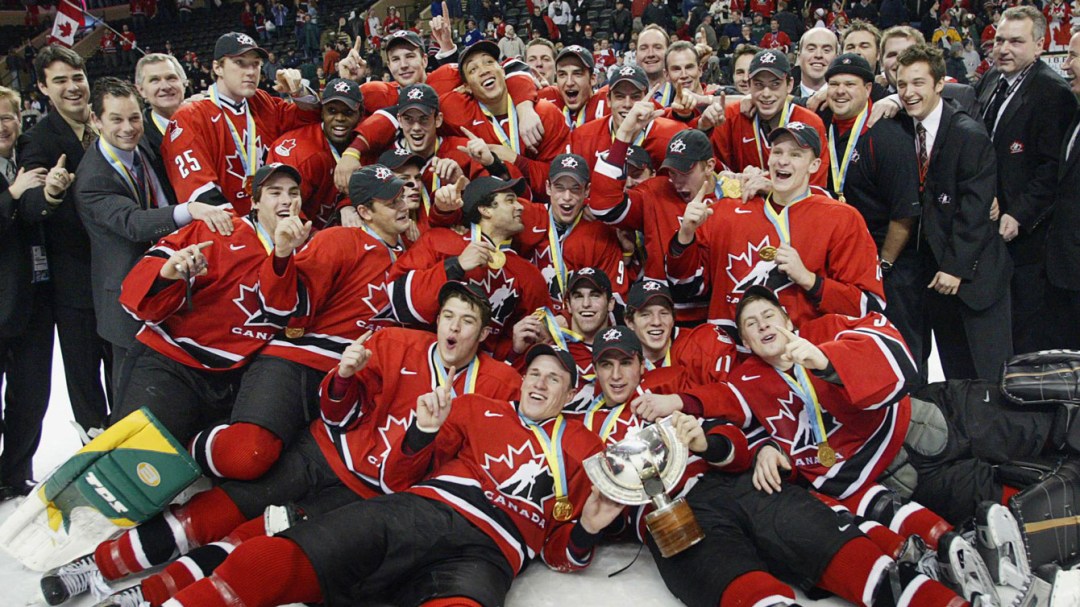 Every year the IIHF World Junior Championship gives us a glimpse at tomorrow’s superstars and Olympians, many of whom are proud to wear the red Maple Leaf on the front of their jerseys.

When Team Canada steps onto the ice on Boxing Day we will we be looking at the future of Canadian hockey, as well as the future of the NHL.

Over the years, Canada has had a long history of fielding teams that are powered by top-level goal scorers and playmakers. However, one Canadian World Juniors roster stands out among the rest.

To this day, the 2005 squad is still widely considered the best Team Canada, and possibly the best team ever, at a World Junior Tournament. If this year’s team is looking for a group from the past to emulate, then they should get their notepads ready and watch as much game film of the 2005 team as they can.

Let’s take a look back!

Back in 2005, the world watched in amazement as an impressive batch of Canadian stars stole the show. Thanks to the NHL lockout, several players who should have been playing professionally were able to join the national U-20 team for the World Juniors (see below for full roster). 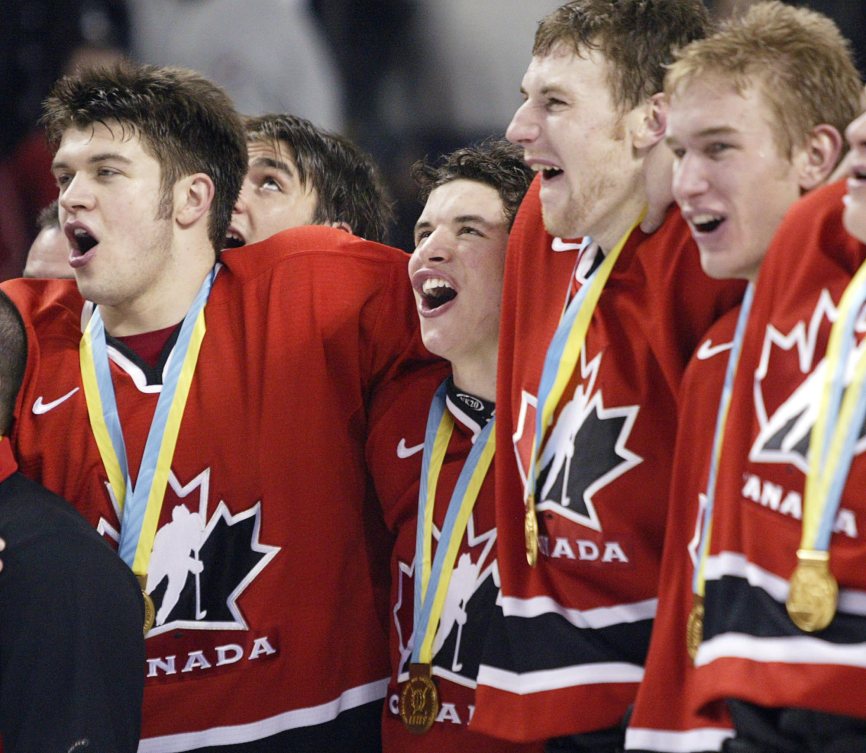 The biggest star of them all was a kid named Sidney Crosby, who was only 17 years-old and had yet to be drafted 1st overall by the Pittsburgh Penguins. Other notables included team captain Mike Richards, leading goal-scorer Jeff Carter, and leading scorer and tournament MVP Patrice Bergeron. When he joined the team, Bergeron had already played a full NHL season and helped Team Canada win gold at the 2004 World Championship.

Barring another lockout, will we ever see another under-20 team with such talented players? Let us know what you think on Twitter or Facebook.

Coming off a heart-breaking loss in the gold medal game in 2004, the team had a lot to prove, and prove they did. They outscored their opponents 41-7 during their six games, including a 6-1 pounding of Alexander Ovechkin and the Russians in the final en route to capturing the gold medal. Their win kicked off a streak of 5 straight World Juniors where Canada took home the top prize.

The 2005 team was as deep as any team that Canada, and possibly anyone, has ever sent to the World Juniors. Here is a look at some interesting facts as well as the full team roster:

Signs of a super team 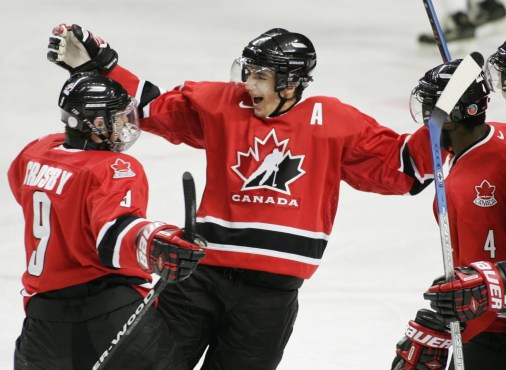 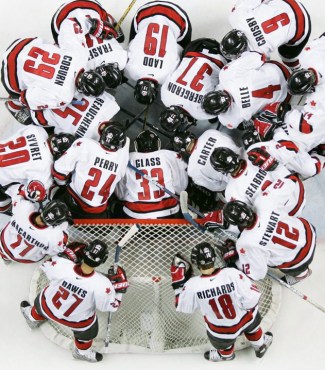 Team Canada huddles before a preliminary game vs Finland at the 2005 World Juniors (Photo: CP) 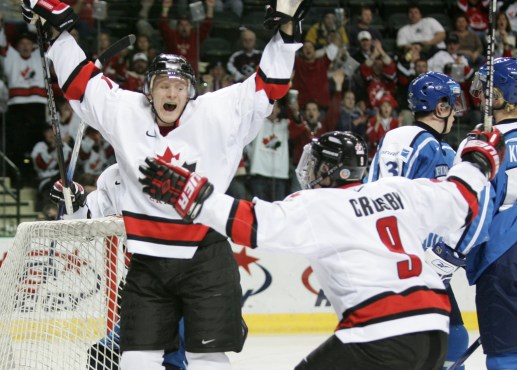 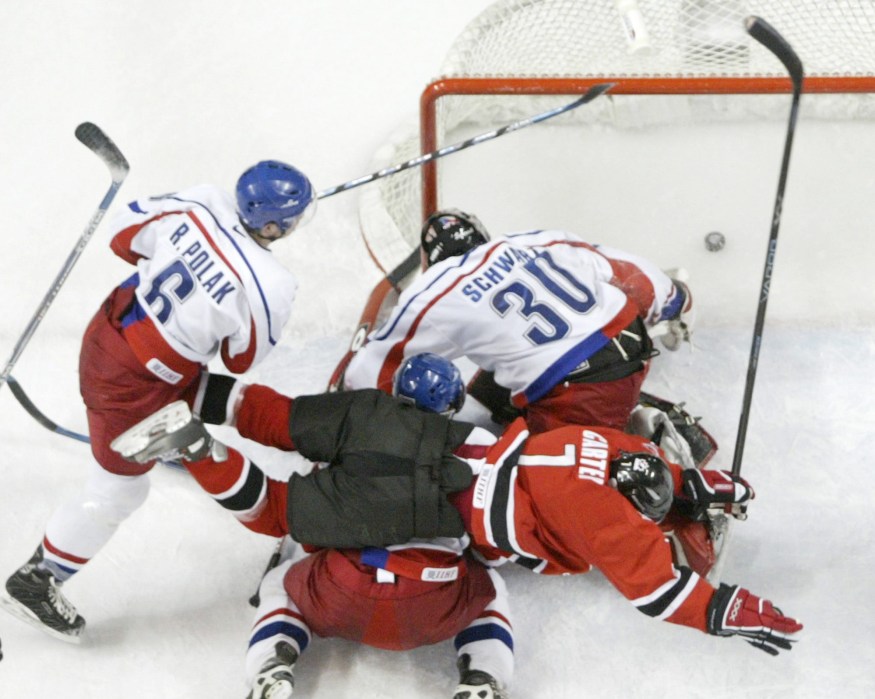 Jeff Carter dives into the crease to score vs the Czechs in the semifinal (Photo: CP) 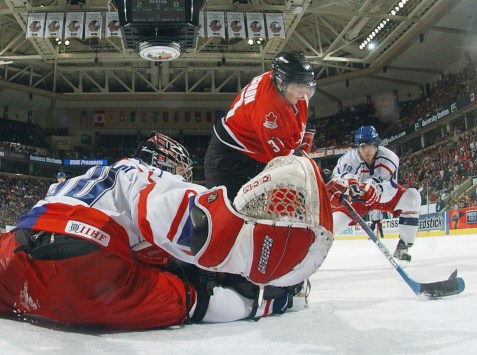 Patrice Bergeron scores on the Czechs during the semifinal (Photo: CP) 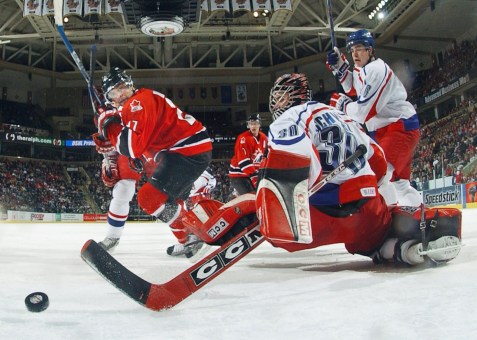 Nigel Dawes puts a puck past the Czech goalie during their semifinal (Photo: CP) 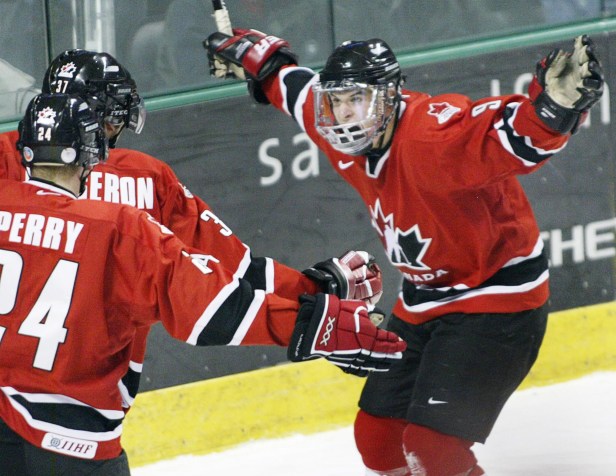 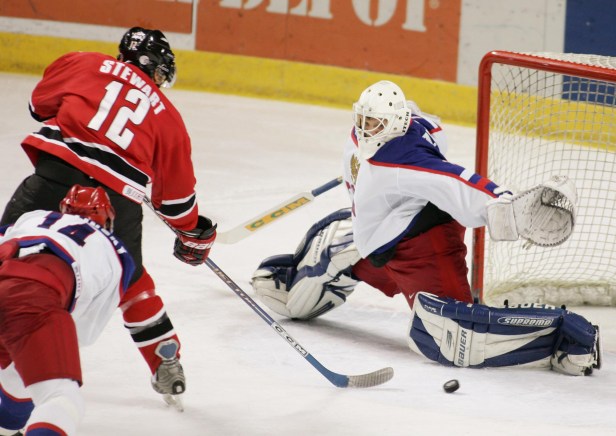 Anthony Stewart scores on the Russians in the final (Photo: CP) 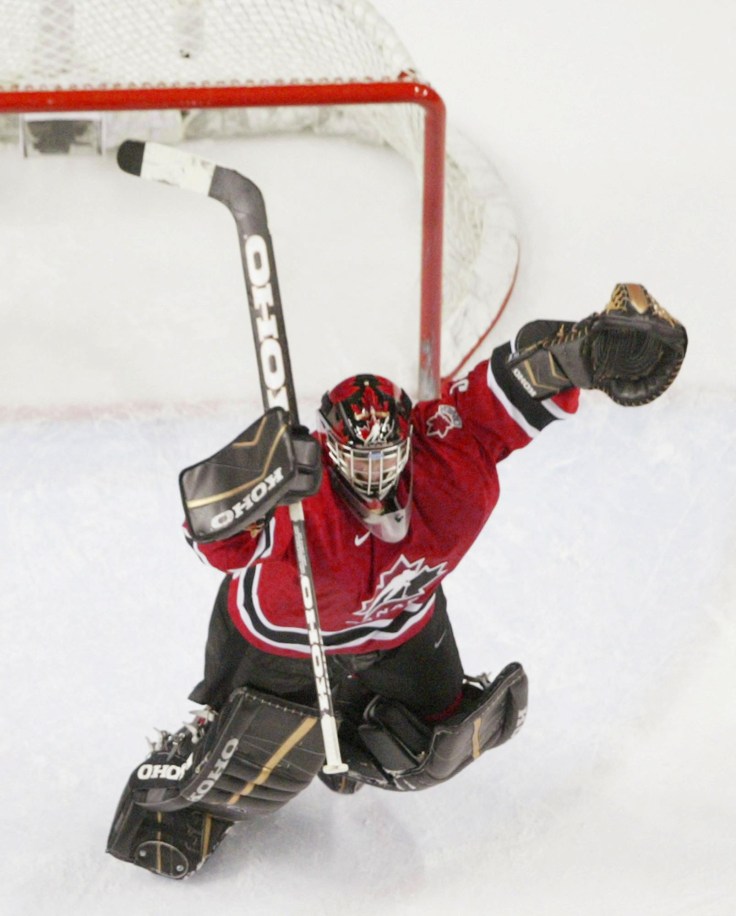 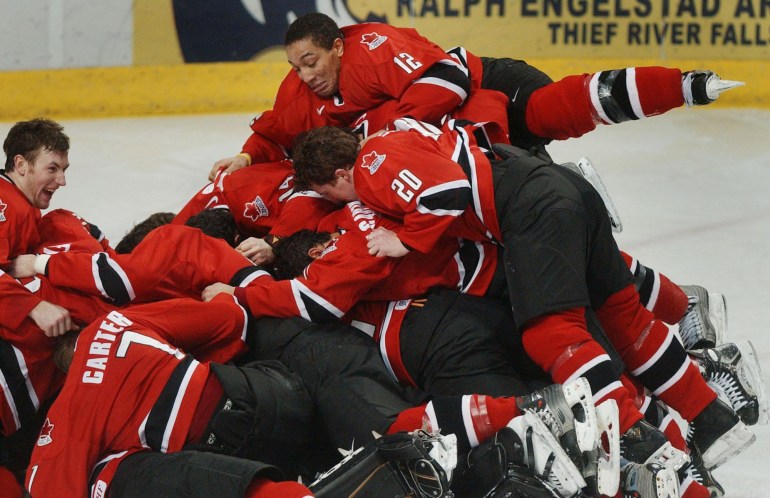 Anthony Stewart (12) lands on the top of the pile as the team celebrates their gold medal victory over Russia (Photo: CP) 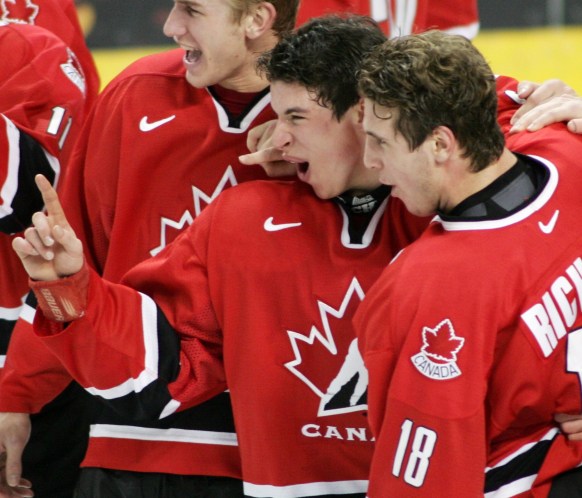 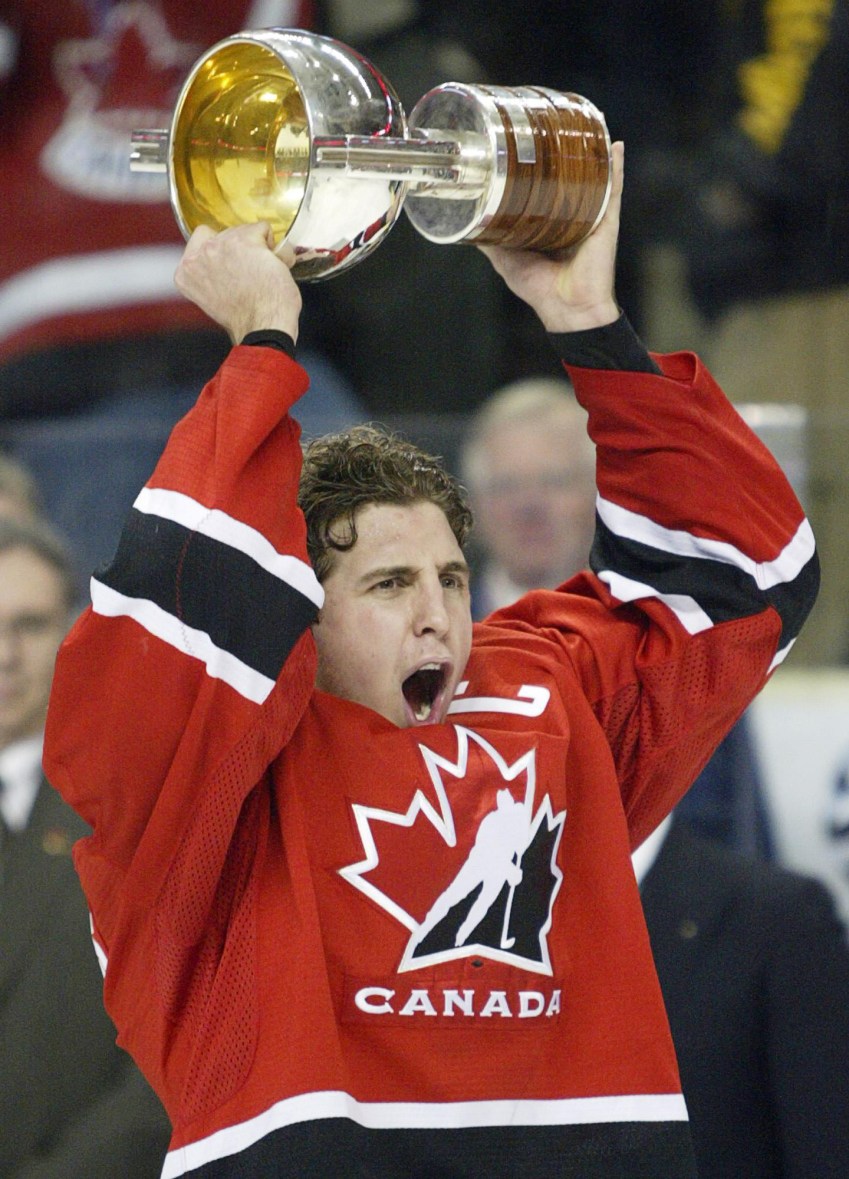 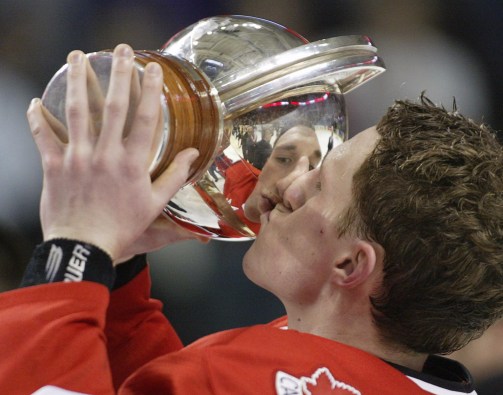 Dion Phaneuf celebrates with the trophy after their gold medal win at the 2005 World Juniors (Photo: CP) 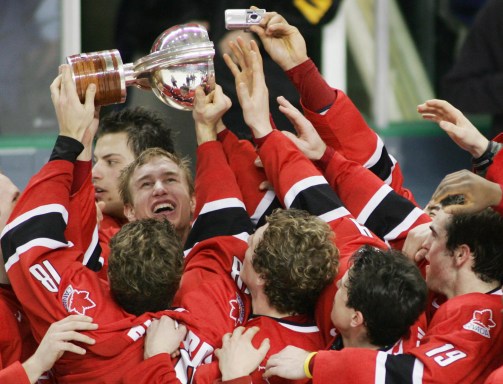 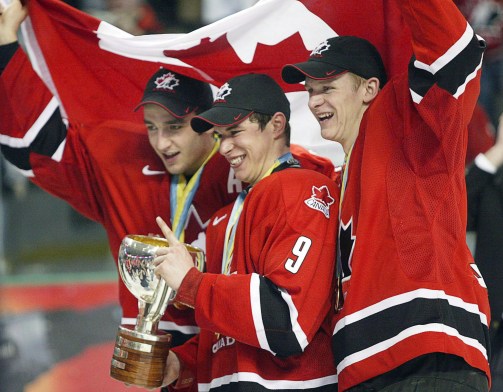 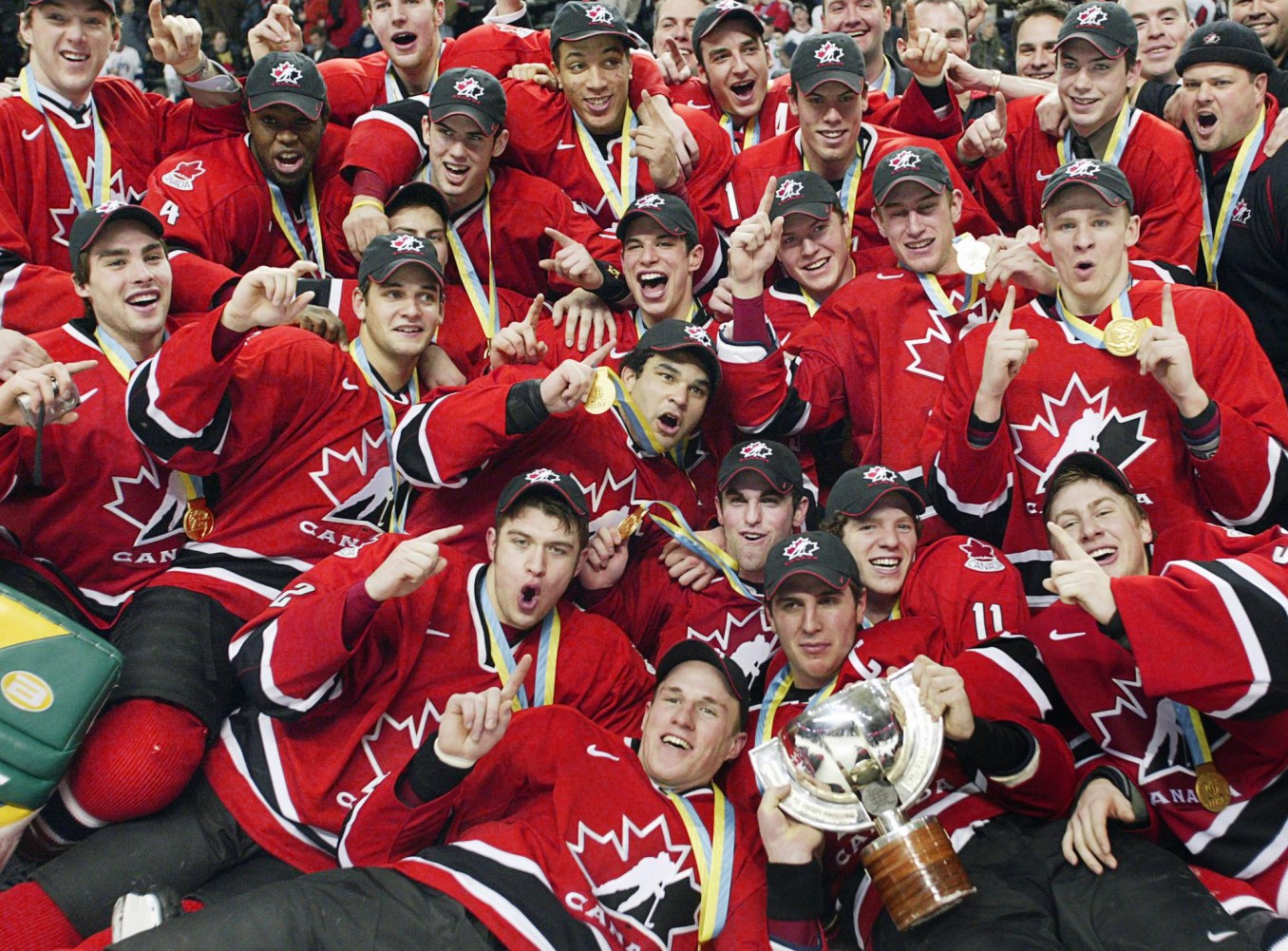 The team poses with the trophy after winning gold at the 2005 World Juniors (Photo: CP)

Hopefully this year’s squad can take some notes from 2005 and kick off another 5-year reign. GO TEAM CANADA! 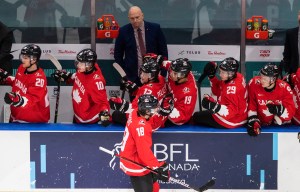 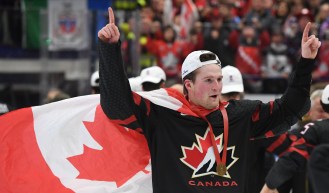