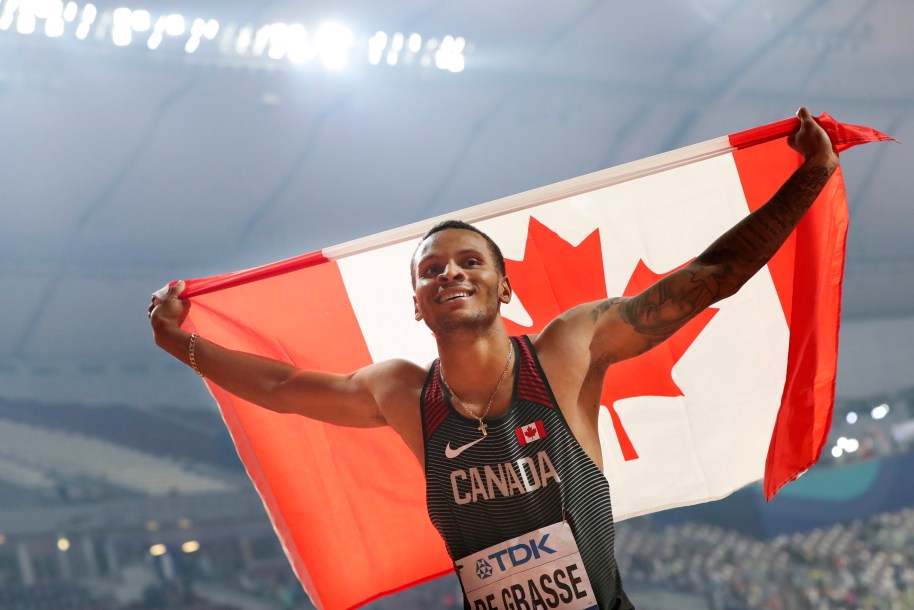 Andre De Grasse and Aaron Brown stood next to each other on the podium for another week, capturing silver and bronze respectively at the Diamond League event in Doha, Qatar.

De Grasse ran to a second place finish with a time of 19.89 seconds in the 200m, finishing just a hundredth of a second behind American Kenneth Bednarek who took gold with a time of 19.88s. Fellow Canadian Brown completed the podium in third after stopping the clock at 20.25s.

De Grasse and Brown have both had a successful start to their season so far. Just last week, the pair reached the podium at the Diamond League’s opening event in Gateshead, England where Brown captured the 200m silver and De Grasse the bronze.

Days before that, the sprinters saw success at the Ostrava Golden Spike. In the 100m event, De Grasse sprinted to a bronze, while Brown took a bronze medal in the 200m.

The Diamond League resumes on June 10 in Florence for its third stop of the season.