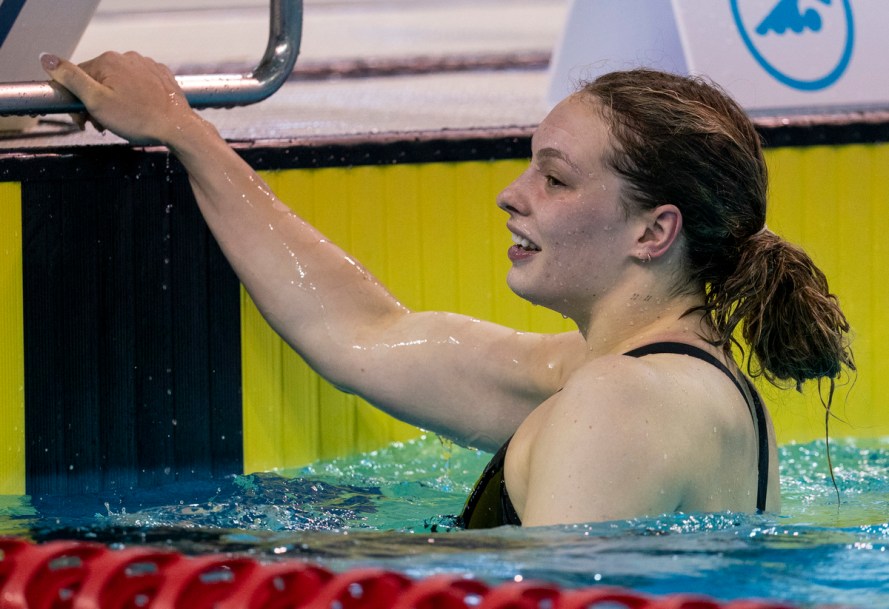 Penny Oleksiak provided the performance of the night at the Olympic Swimming Trials presented by Bell on Tuesday, taking gold in the star-studded women’s 100m freestyle.

With Taylor Ruck holding a provisional nomination for the event, there was just one Olympic spot up for grabs. Although Oleksiak was already qualified for Tokyo 2020 in the 200m freestyle, she needed to bring her best to get back to the Games in the event in which is the reigning co-Olympic champion. Going neck and neck with Kayla Sanchez into the final 10 metres, the 21-year-old powerfully pulled away to take first place with a time of 52.89s.

Oleksiak’s pace was just 0.19s off her national record and more than good enough to qualify for Olympic nomination. It was also the fourth-fastest time posted in the event this year, a good sign for the four-time Olympic medallist.

“I have the best girls in the world to train with. I honestly think I couldn’t train with anyone better,” Oleksiak said after the win. “They push me every single day. My coaches push me every day; they motivate me.”

Sanchez took silver with a time of 53.77s while Margaret Mac Neil clocked in at 54.02s for bronze, both finishing under the Olympic qualifying time. Sanchez qualified for nomination in the 50m freestyle on Monday while Mac Neil had been given an early nomination in the 100m butterfly in which she is the reigning world champion, so both will be headed to Tokyo in those events.

Kelsey Wog added her third Olympic nomination by winning the women’s 200m breaststroke with a time of 2:23.40 – two seconds under the Olympic qualifying time. The 22-year-old from Winnipeg, Manitoba is also qualified for nomination in the 100m breaststroke and the 200m individual medley.

Sydney Pickrem did not swim on Tuesday, having already held a provisional nomination for the women’s 200m breaststroke thanks to her bronze at the 2019 World Championships.

Joshua Liendo impressed once again, this time in the men’s 100m freestyle final. The 18-year-old won gold with a time of 48.13s, qualifying for nomination in his third event along with the 100m butterfly and 50m freestyle.

In the women’s 200m butterfly, Emily Overholt took first with a time of 2:11.16. Unfortunately the Rio 2016 relay medallist was a few seconds off the Olympic qualifying time of 2:08.43. Overholt will have one more opportunity to qualify for nomination on Wednesday in the women’s 400m individual medley.

Eli Wall finished first in the men’s 200m breaststroke, though his time of 2:12.16 was not quite good enough to beat the Olympic qualifying time.

Unsurprisingly Mack Darragh, the Canadian record holder in the men’s 200m butterfly, took gold in the final. However his time of 1:58.10 wasn’t quite enough to meet the Olympic qualifying time of 1:56.48.

The Olympic Swimming Trials presented by Bell conclude on Wednesday with six more finals and plenty of Olympic qualifications still up for grabs. 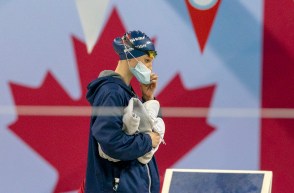