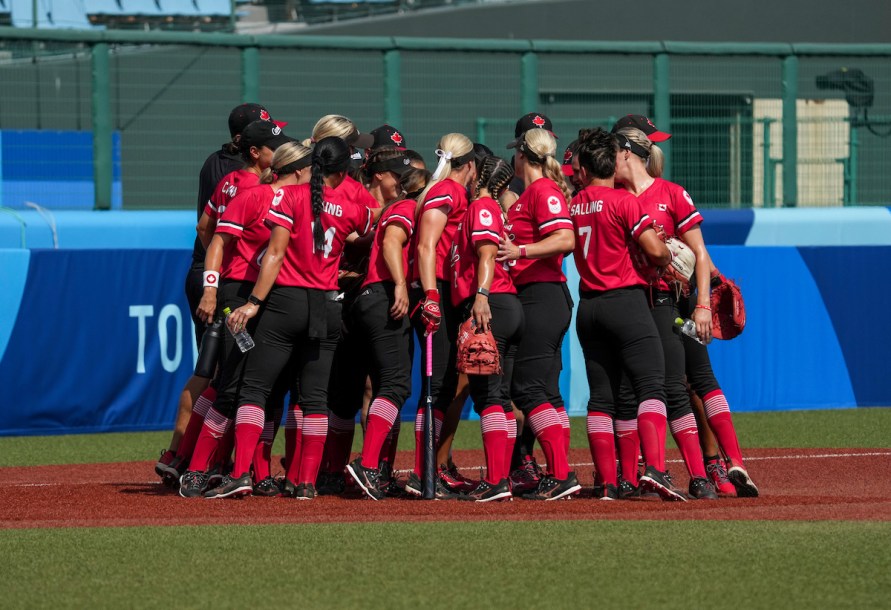 In a year like no other, preparation for the Olympic Games has looked very different than usual. Here’s a look at how the teams have been training leading up to Tokyo 2020.

The women’s basketball team travelled on July 12 to Kariya, Japan, where the whole team trained together for the first time since the pandemic hit.

The city of Kariya welcomed the team with open arms and even held a prayer ceremony before the team left for Tokyo.

The women’s soccer team arrived on July 15 in Sapporo, Japan, where trained and are playing their first two games.

The team were very excited to show off their Tokyo 2020 gear, wearing matching outfits head-to-toe for a group picture.

The women’s water polo team was treated to a fantastic welcome by their host city of Morioka, Japan. They trained there for ten days before travelling to Tokyo.

The team fully embraced the experience, participating in a traditional Japanese kimono night before leaving Morioka.

The men’s field hockey team arrived in Okayama, Japan on July 14, where they trained for four days.

In preparation for the Games, they trained at International Pacific University and played two test matches against Japan.

Before the softball team hit the pitch for their first two games at Tokyo 2020, The team travelled to Anjo City upon landing in Japan. It was the team’s second time in the city, as they also held a training camp in Anjo City ahead of the 2018 World Softball Championship.

Support was felt from both the city of Anjo and from all the way back home.

The men’s volleyball team geared up for the Games by competing at the 2021 Men’s Volleyball Nations League that ran from May 26 to June 23 in Rimini, Italy. They finished eighth overall, one spot above their previous finish at the 2019 tournament.

Since arriving in Tokyo, the team has been training at the Ariake Sport Arena.

Both the men’s and women’s rugby sevens teams competed in April in Dubai, playing in an Invitational Sevens tournament. The women’s team won the first weekend, while the men placed fifth. Both teams made it to the Cup Finals in the second weekend, losing by narrow margins.

Both teams headed back to Canada, and have been training in B.C. ahead of travelling to Tokyo.

The eight teams competing at Tokyo 2020 are the most for Team Canada for a non-hosted, non-boycotted Olympic Games. Keep track of when they are in action with our Tokyo 2020 Olympic Event Centre.