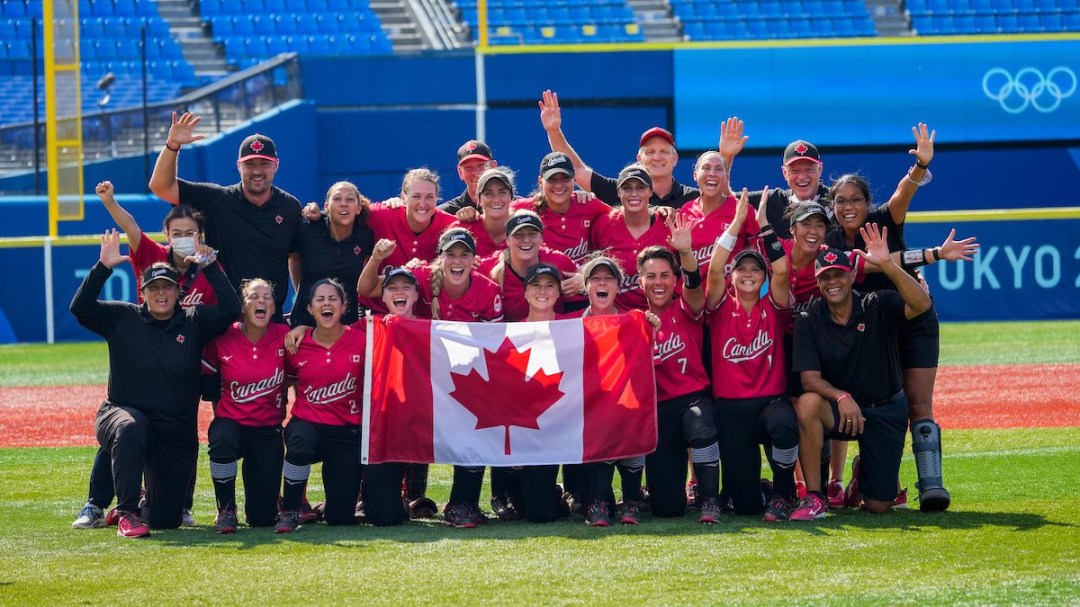 There’s nothing easy about winning an Olympic medal.

Team Canada’s softball team was reminded of that on Tuesday, winning a close, hard fought battle against Mexico to clinch the bronze medal. Jenna Caira pitched 1 2/3 innings in the victory. The most difficult part of the win?

“It was saying goodbye to my teammates today,” said Caira, who joined the Canadian Senior National Team in 2009.

After a 13-year absence, softball made its return to the Olympic Games at Tokyo 2020. It won’t be part of the Paris 2024 Games, meaning that this was the final chance at an Olympic medal for many members of this team.

“Today was the last day that a lot of our players were going to lace up their cleats and it was really special to be able to win that medal — especially for them but also to bring it home to our country,” said Kelsey Harshman.

Danielle Lawrie, Kaleigh Rafter, Lauren Regula and Jenn Salling all played on the Canadian squad that finished fourth at Beijing 2008. The quartet of veterans proved to be important pieces to Canada’s team in Tokyo.

Salling had a hit, a run and a walk in the bronze medal game, giving her an impressive .571 average and .929 slugging percentage in six games. Lawrie, meanwhile, picked up the win by pitching the final 2 1/3 innings, which included striking out the final two batters of the game with Canada clinging to a 3-2 lead. The 34-year-old Lawrie came out of retirement to rejoin Team Canada for these Games and did not allow a run in 11 1/3 innings thrown.

Sara Groenewegen also hit over the .300 mark in six at bats – but she’ll certainly be remembered more for her pitching performances. Groenewegen started five of six games for Canada, posting a 1.05 earned run average in 13 1/3 innings. Caira also had a strong tournament, recording 1.24 ERA in 11 1/3 innings.

“It was definitely an honour and a privilege to be able to win this medal especially amongst the group that we have here,” said Caira. “I can’t speak highly enough about the women around us and I know that people back home in Canada and people around the world could definitely see that about the way we played and how we connect with each other. So to be able to win a medal today… it was a dream come true.”

Canada’s road to bronze started with an opening round 4-0 victory over Mexico. That was followed up by a tough 1-0 loss to the top-ranked Americans, a game that saw Canada keep their rivals off the scoreboard until the fifth inning.

Canada had just one hit in their loss to the Americans, but their offense rebounded nicely in a 7-1 win over Australia. They then faced another tough test against host Japan, losing 1-0 in extra innings to the world’s second-ranked team. The loss pushed Canada into the bronze medal game, but first they beat Italy 8-1 to close out the opening round.

After the game, Canada huddled together, sharing one last moment as a group.

“It’s great to be a part of these moments but these moments aren’t possible without the girls that are playing next to each other,” said Harshman. “We just wanted to take a moment to think about all the stuff that we’ve overcome to get to this moment and to be able to relive that moment over and over.”