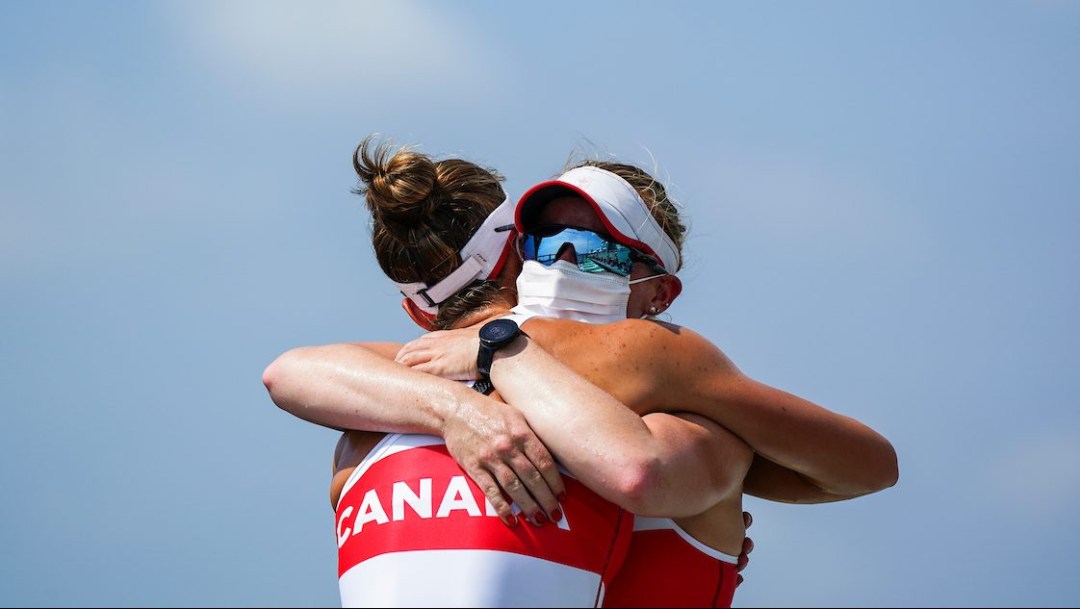 Fitness and friendship propel Filmer and Janssens to the podium

They endured adversity together, and now, they have triumphed together on the Olympic stage.

Caileigh Filmer and Hillary Janssens won Canada’s first rowing medal of Tokyo 2020 on Day 6, a bronze in the women’s pair. For the duo from B.C., it was vindication after a gruelling year of injuries and uncertainty.

Filmer broke her collarbone in a bike crash, while Janssens was off the water for three months with a back injury. With much of their preparation time spent on spin bikes rather than in the boat, both knew that their fitness would be the key.

“We just had to believe that if we built enough fitness then we knew how to row,” said Janssens. “We had shown it before, that we could compete against the best. It took a lot of faith in each other and in what we were doing, even when we weren’t able to see results on the water for a long time.”

So in the Olympic final, the strategy was simple: Start as fast as possible, trust their fitness, and rely on one another.

“I knew that if we got out fast and then were going through the race that we had the ability to get through anything and get to the line.”

As the race wore on, the Canadians were passed by the boats from New Zealand and the ROC. They also had to fight off a late challenge from Great Britain, but held to claim their first Olympic medals.

While rowing has historically been a rich source of Olympic hardware for Canada, the program has endured some disappointments at recent Games. But the resilience and determination shown by Filmer and Janssens in this regatta could be a harbinger of better days to come.

At the very least, their dedication to the sport, and each other, could serve as inspiration for athletes in any discipline.

“I feel so privileged to be able to do this,” said Janssens. “Not many people in their lives get to pursue something that they really care about this much and we’re very lucky to be here.”

As for Filmer, she said they came into these Games with the goal of enjoying every second.

“We’re lucky enough that, in our pair, we’re rowing with the number one person in the world that we want to row with,” she said. “Hil’s my best friend, my favourite partner, and it just makes it so fun to be out there together.”