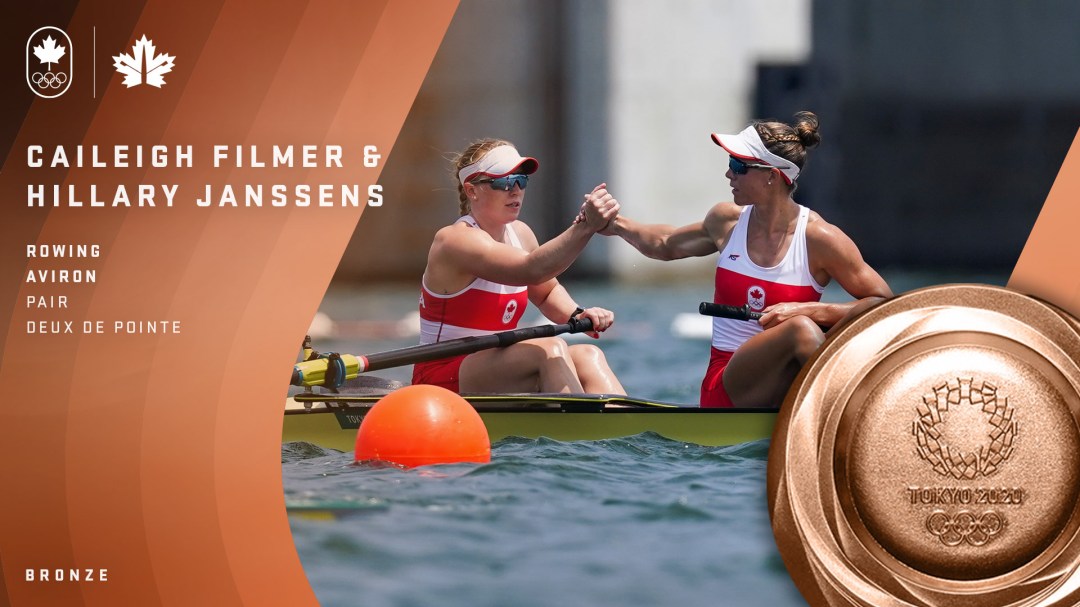 Rowing on the outside in lane 1, the Canadians jumped out to an early lead with their stroke rate at 40. At the 500m mark, they were in first place, with a gap of almost one second on the next closest boat. Nearing the midway mark, they lowered that stroke rate to 36 but still held onto first place, though their margin had narrowed to 0.41 of a second.

Over the next 500m, the New Zealand crew of Grace Prendergast and Kerri Gowler moved up to really challenge and then pass the Canadians, who fell back to second place. Heading into the homestretch of the 2000m race, it became a two-way fight for second with the ROC. Filmer and Janssens crossed the line in third place, 0.65 of a second behind the ROC, in a total time of 6:52.10 as New Zealand took the gold medal.

Filmer and Janssens had rowed to a Canadian best ever time of 6:49.46 in the semifinal to advance into the medal race. The duo were world champions in this event in 2018, which they followed up with a bronze at the 2019 World Championships.

It is Canada’s third ever Olympic medal in this event, but the first since Team Canada’s Tokyo 2020 Chef de Mission Marnie McBean won gold with partner Kathleen Heddle at Barcelona 1992. COC President Tricia Smith won silver in the pair with partner Betty Craig at Los Angeles 1984. 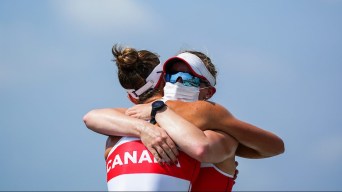 Fitness and friendship propel Filmer and Janssens to the podium