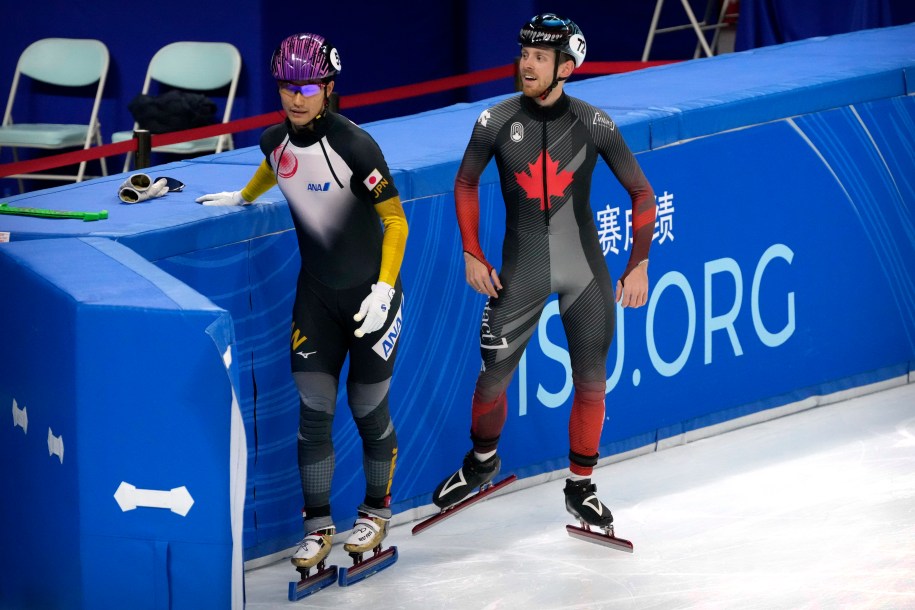 Pascal Dion skated to bronze in the men’s 1000m final at the first World Cup short track speed skating event of the season in Beijing, China on Sunday.

The Montreal, Quebec native crossed the line with a time of 1:26.621 as he took third in a photo finish, edging out Kazuki Yoshinaga of Japan by one one-thousandth of a second. Hwang Daeheon of South Korea won gold with a time of 1:26.020 while Semen Elistratov of Russia claimed silver in 1:26.387.

Dion made his push early in the final as he took the lead through the first few laps. The 27-year-old was eventually passed by Hwang and Elistratov with four laps remaining but held on for bronze as he outstretched Yoshinaga at the finish line.

“In the finals, I used the same race strategy as in my quarterfinal and semifinal. I really wanted to jump out in front and control the tempo, and it worked out very well,” Dion said after the race. “It has been nearly five years since I last won an individual World Cup medal, so I’m happy with how things ended today. I’m really proud of the work that I’ve done over the past couple of years to get to this point.”

Sunday’s medal marks the second time that Dion has reached the podium at an Olympic test event: He also won silver in the men’s 1000m at the 2017 World Cup in Gangneung, South Korea – the test event for Pyeongchang 2018. Dion went on to win his first Olympic medal at those Games as Canada captured bronze in the men’s relay.

Dion’s bronze represents the second medal for Canadian skaters at the event after Courtney Sarault won silver in the women’s 1500m final on Saturday.

Canada also earned valuable World Cup points in other races on Sunday. Kim Boutin skated to a fifth-place finish in the B final of the women’s 1000m, while the women’s and mixed relay teams took second and third, respectively, in their B Finals.

The short track season continues next week with another World Cup stop in Nagoya, Japan from Oct. 28-31. Canadian skaters will race for more ranking points as they seek to earn quota spots for the Beijing 2022 Winter Olympic Games.