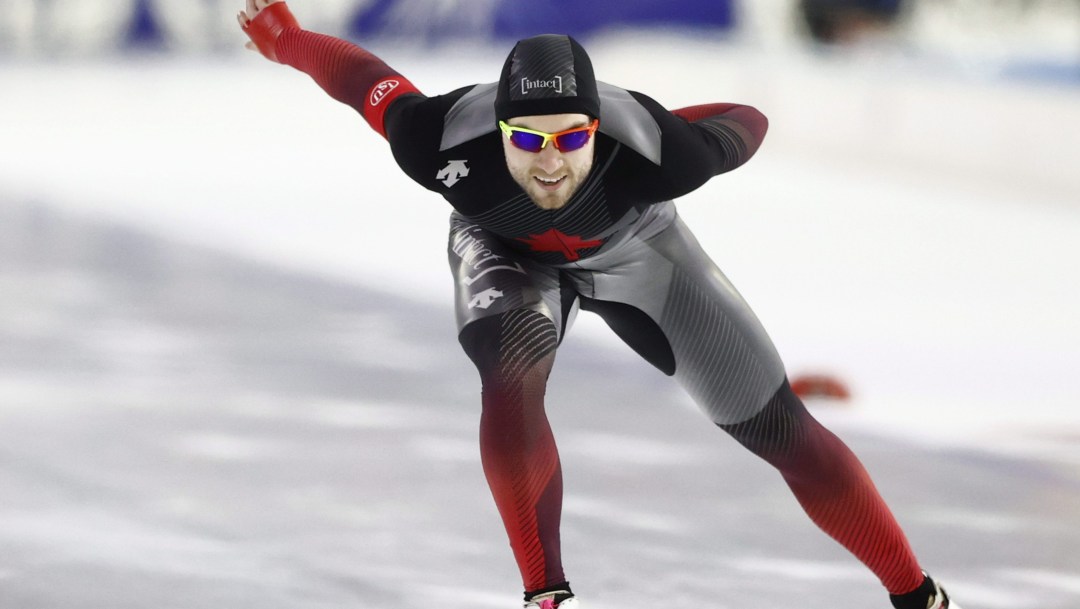 2021 World Champion Laurent Dubreuil blazed to the top of the podium on Saturday in Stavanger. The Lévis, Quebec native posted a time of 34.573 seconds to win gold in a very close men’s 500m final. Just 0.03 seconds behind was Artem Arefyev of Russia (34.608) in silver position, followed by Poland’s Marek Kania (34.608) who rounded out the podium with bronze.

In the final event of the day, Ivanie Blondin, Maddison Pearman and Alexa Scott skated to silver in the women’s team sprint final. The Canadians finished with a time of 1 minute and 28.547 seconds behind Poland (1:28.364) in the gold medal spot. China finished with bronze and a time of 1:28.574.

On Friday, Isabelle Weidemann finished with silver in the women’s 5000m, crossing the finish line at 6:54.953.

This is the second stop of the ISU Long Track World Cup circuit. Tomorrow features the second of two 500m competitions, along with the 1500m event. Competition continues through Sunday at Sørmarka Arena. Get the full schedule here.