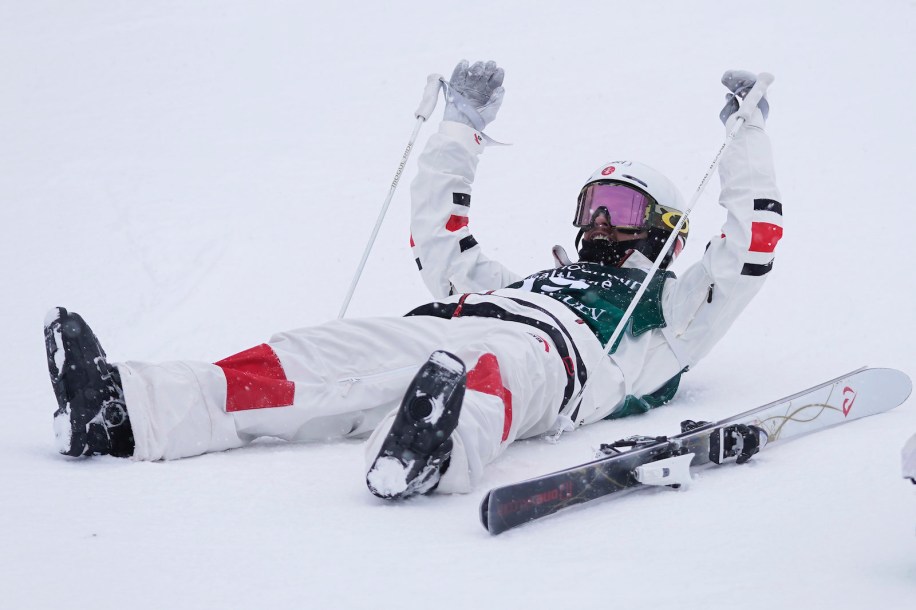 After ten long months of anticipation, the wait is finally over. On Saturday, the GOAT of moguls, Mikaël Kingsbury, returned to the hills at the FIS Freestyle Ski World Cup in Ruka to capture his 66th World Cup victory.

He showed no signs of rust while capturing his 94th World Cup medal and scoring a total of 82.99 points. Joining him on the podium were Kazakhstan’s Pavel Kolmakov in second (82.10) and Horishima Ikuma in third (81.12).

Kingsbury led the way into the finals, sitting in the top position after the men’s qualifiers. This weekend acted as a redemption for the 29-year-old who sustained an injury in Ruka last year.

“It’s incredible, I don’t know what to say last year I got injured here, I missed the event. This is probably my favourite event of the year, it’s my redemption I guess to come back and win.” – Mikael Kingsbury to FIS TV reporter following his win.

READ: Get some air with Team Canada’s aerials and moguls skiers

Next up, both the moguls and dual moguls World Cup competition heads to Idre Fjall, Sweden from December 11 to 12.