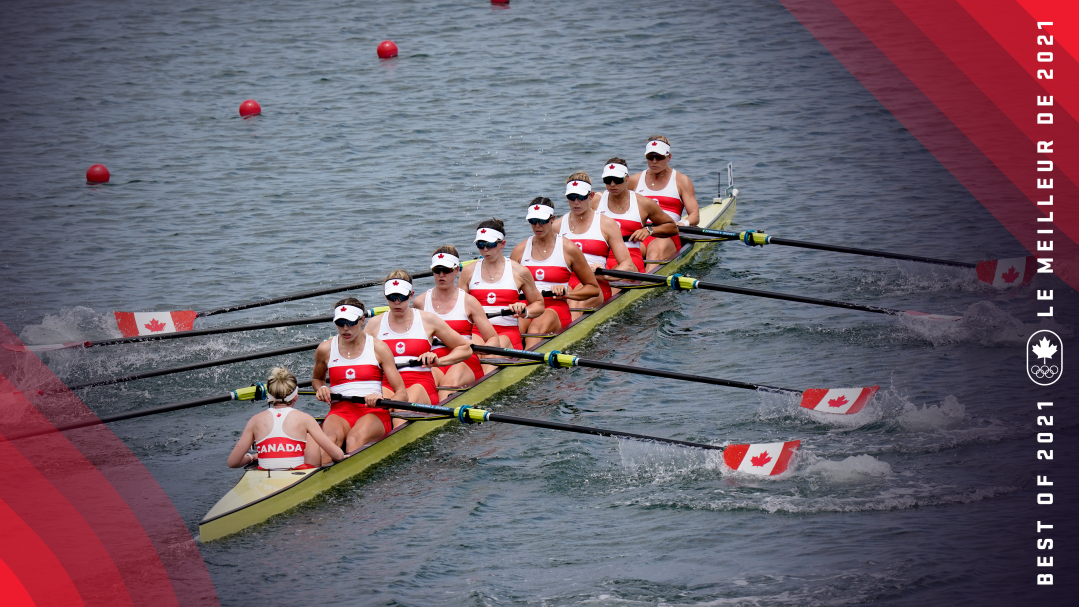 Canada has a storied history of success in rowing, but heading into Tokyo 2020, it had been 13 years without an Olympic gold in the sport and 25 years since a women’s crew had stood atop the podium.

The drought ended in dominant fashion on Day 7. Despite fractured competition and training schedules leading up to the Games and a longer route into the Olympic final, the Canadian women’s eight were not going to settle for anything less than first place.

Here’s a quick recap of Canada’s rowing excellence at Tokyo 2020:

Because of the COVID-19 pandemic, no member of the women’s eight had raced internationally in almost two years, since the 2019 World Championships where the Canadian boat finished fourth.

The crew of Lisa Roman, Kasia Gruchalla-Wesierski, Christine Roper, Andrea Proske, Susanne Grainger, Madison Mailey, Sydney Payne, Avalon Wasteneys and coxswain Kristen Kit finished second in their heat, which forced them to row a repechage. But they showed their mettle by setting a Canadian record time of 5:53.73 to get into the final.

In that final, they blasted out of the start and didn’t relinquish their lead over the 2000 metres. It was Canada’s first gold in the women’s eight since Barcelona 1992 and the first gold in any women’s Olympic rowing event since Atlanta 1996.

That victory followed a bronze medal by Caileigh Filmer & Hillary Janssens in the women’s pair. The 2018 World Champions in the event had set their own Canadian record in the semifinal. It was Canada’s first Olympic medal in the women’s pair since Barcelona 1992.

Each had suffered injuries leading up to the Games. Filmer had broken her collarbone in an October bike crash while Janssens was off the water for three months with a back injury. With most of their fitness training coming on the stationary bike, earning a spot on the podium was a remarkable feat.

READ: Fitness and friendship propel Filmer and Janssens to the podium

Tokyo 2020 was marked by historic performances from Canadian women and the rowing team epitomized this as 11 of them took to the podium. The two medals won at Tokyo 2020 brought Rowing Canada’s all-time Olympic medal count to 43.