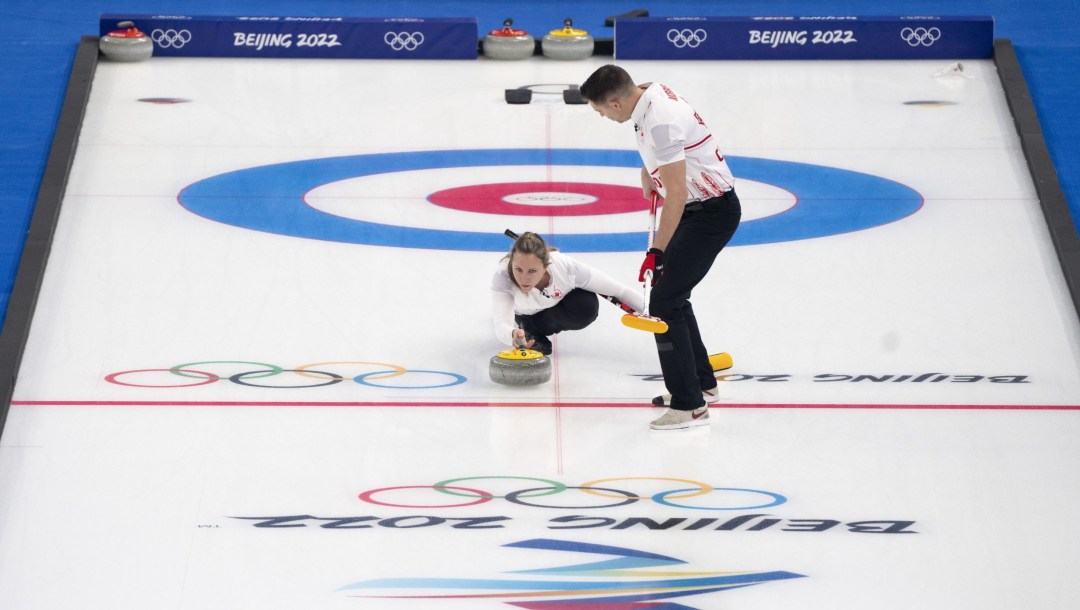 Team Canada’s John Morris and Rachel Homan scored four in the second end and one in the eighth to beat Norway 7-6 Thursday in a strong bounce-back performance in mixed doubles curling at the Beijing 2022 Olympic Winter Games.

Homan, playing skip, didn’t have to throw her final stone in the eighth after Kristin Skaslien came up light with her last-rock attempt to draw for shot rock.

The result left Canada at 1-1, having lost 6-4 to world champion Great Britain in their opening match. Norway sits at 1-2, having lost 7-6 on Wednesday to the Czech Republic and rallying to get by the United States 11-6 earlier Thursday.

“We definitely didn’t want to start 0-2,” said a relieved Morris. “We were a little better, but there’s definitely room for improvement still. It’s not how you start, it’s how you finish in these events. I’m determined we’re going to get better each game.”

Skaslien and Magnus Nedregotten, the 2021 World silver medallists and 2018 Olympic bronze medal winners, scored two in the first but Canada bounced back with four in the second. A Nedregotten miss allowed Canada to sit three inside the four foot and when Skaslien’s try for a double takeout wrecked on a guard, Homan had a draw for four.

The teams traded singles in the third and fourth ends – Homan and Skaslien both missing last-rock chances for deuces – before Norway tied the game 5-5 with two in the fifth. Morris and Homan got another single in the sixth and forced Norway to one in the seventh when Skaslien and Nedregotten used their powerplay.

Two key misses by the Norwegians, who beat Canada in the opening game of the 2018 Olympics, led to the Canadian win. Nedregotten rolled out on a straight-forward hit and stick in the seventh, allowing Homan to make a double takeout and force Norway to take the single. In the final end Skaslien failed to get to shot, leaving Canada with the winning point.

“We didn’t play our best the first game. We were disappointed we let it get away from us so It’s nice to bounce back with a win,” Homan said of their improved shot-making. “We have to play better, but we can keep making improvements and get to our best by the end of the week.”

The 43-year-old Morris and 32-year-old Homan, who have known each other since Homan was a young girl, are trying to defend the Olympic championship won in 2018 by Morris and Kaitlyn Lawes. Homan and Morris have been playing doubles since 2015, but Lawes joined Morris for the Olympics when Homan qualified her four-person team. Homan’s team became the first from Canada to miss the playoffs in Olympic curling.