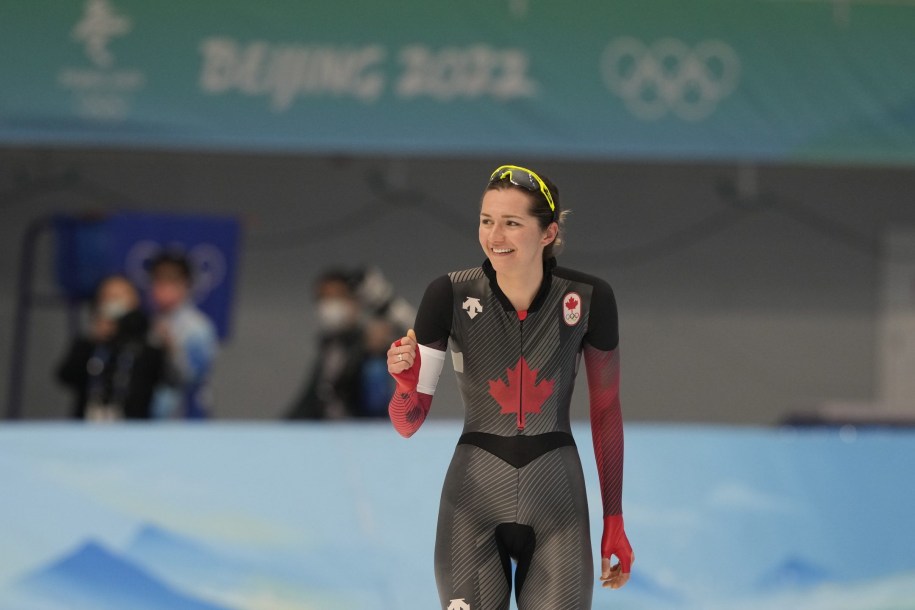 They say lightning doesn’t strike in the same spot twice, but for Isabelle Weidemann, it couldn’t be further from the truth.

After winning Team Canada’s first medal of Beijing 2022 in the women’s 3000m, the speed skater came back in the 5000m to claim silver. She was pushed out of the top spot by Dutch skater Irene Schouten, who won gold in Olympic record time.

“I’m so excited,” Weidemann said after stepping on the podium for a second time. “Winning a medal earlier in the week, I thought it was the top of it, so this is also very exciting. I was hoping the 3000m wasn’t a fluke.”

After coming sixth in the event at PyeongChang 2018, the Ottawa native knew what she needed to work on during the next quadrennial, and it paid off as she crossed the finish line winning her heat with the top time of 6:47.18.

Wiedemann anxiously watched on with one more heat before finding out she would upgrade her bronze from earlier in the week to a silver.

With another Olympic Games medal added to her resume, she joins legends like Clara Hughes and Cindy Klassen as one of three women to win a medal in the 5000m, showing that her speed and tactics are some of the best in Canadian history.

While fans saw the calm and smoothness of the race, it was obvious that Weidemann was giving every last ounce of energy in her final individual event.

“The 5000m is my most favourite event and I fought for the last five laps, just counting down the strides. I really emptied the tank today [and] gave all my energy. I haven’t skated that deep into the hole in a while. And I was just trying to stay on my feet,” she said.

Despite winning her medals as an individual, Weidemann says taking home hardware at the Games isn’t just for her, but for her family and all those that help push her every day, making stepping on the podium representing the maple leaf much more special.

Her double podium effort is the first by a Canadian at Beijing 2022 and is an honour she says she doesn’t take lightly as she races against an incredibly strong field of women. Being able to compete against the best women in the world, such as Schouten, isn’t just humbling for her but is a source of empowerment.

“She takes the level up so much. I hope in the future that I can push her time and push the event even more. I think the faster more women can go, the better. And watching her skate has given me a fire for sure.”

It’s that drive that will fuel that flame for Wiedemann as she gets ready for her last event of her Olympic program, the team pursuit.