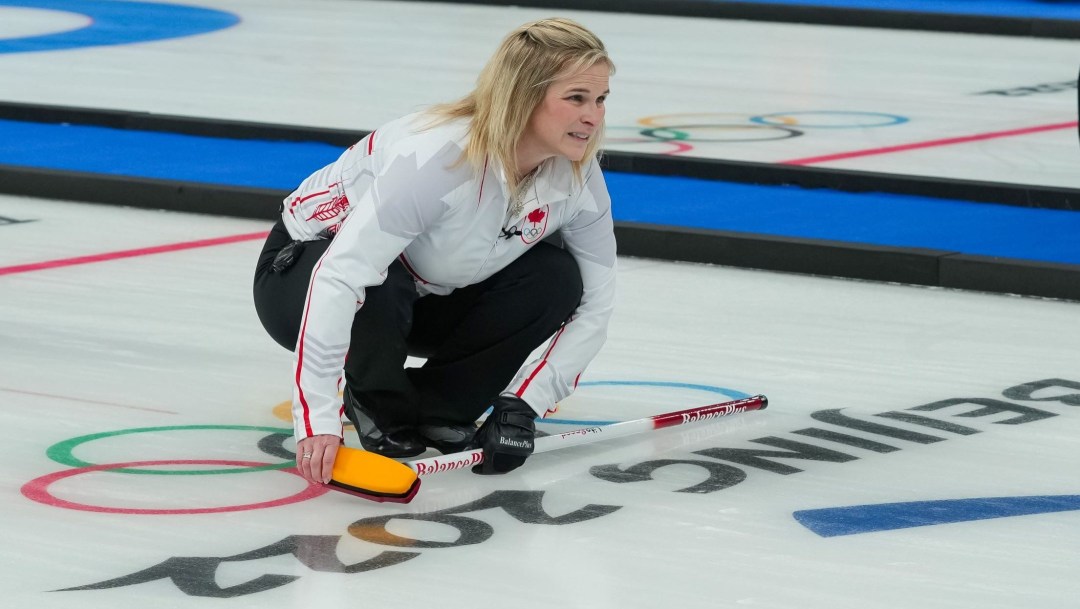 Troubles continued Sunday for Jennifer Jones and Team Canada at Beijing 2022. Switzerland stole deuces in the eighth and ninth ends to defeat Canada 8-4 and remain unbeaten at 5-0 in women’s curling.

Canada had played a strong bounce-back game through seven ends and tied at 4-4, were in good shape with the hammer for the even ends. But disaster struck in the eighth. Back-to-back misses by Jones – a flash on a double peel and wide on an angled tap back — gave Switzerland a steal of two.

Switzerland went right into the house with its first two stones of the ninth and runback tries by Canada, which had been successful most of the game and played key roles in Canada’s scores, suddenly were just missing. The end came down to Jones trying the fourth runback of the end and like the first three it also failed to achieve its intended goal, leaving Silvana Tirinzoni another steal of two for the victory.

The loss dropped Canada to 1-3. With six teams ahead of them with two losses or less, Jones can hardly afford any more losses with only the top four teams in the 10-team round robin advancing to the semifinals.

“It’s a long week and lots of games left,” third Kaitlyn Lawes reminded anyone who thought Team Canada is done. “We still have a great chance at this. We had a really good first half, good team game, just a couple of shots here and there but we’re still feeling good. They’re not telling us to stop playing so we’re going to keep fighting every rock, every end, every game.”

Coming off two straight losses, Team Canada played a cautious but smart game, not taking high-risk shots and ensuring they were making the shots Jones was calling.

Switzerland, which has won six of the last nine world championships but never an Olympic gold medal, played a similar game. Still, both teams had a number of opportunities to score deuces early but couldn’t execute shots to get rocks into the proper positions.

Switzerland scored singles in the first, second and fourth ends for a 3-1 lead after four ends.

Canada finally broke through for two in the fifth end. Second Jocelyn Peterman made an early runback double to set up the end. Jones finished it with a come-around tap back to score two and tie the game 3-3 at the break.

Jones, Lawes and lead Dawn McEwen who have gold medals from the 2014 Games, and Peterman who is hoping to join them as Olympic champion, followed with a steal in six and forced Tirinzoni to take one in the seventh. But just when it looked like Team Canada would snap its losing streak, the roof fell in.

“I thought this was one of our better games as a team and as individuals on the ice,” said coach Viktor Kjell. “There are so many positive things from the second half of the last game to nine ends today I thought were pretty good. We just have to string everything together for one good game.”

Jones, who made the key shots to give Canada its two in five and the steal in six, finished the game shooting just 65 percent. Her counterpart, Alina Paetz, who throws fourth stones for Tirinzoni, shot 87 percent.

Switzerland, ranked No. 8 in the world, is one of six women’s teams coached by a Canadian, while Team Canada is coached by Kjell of Sweden.