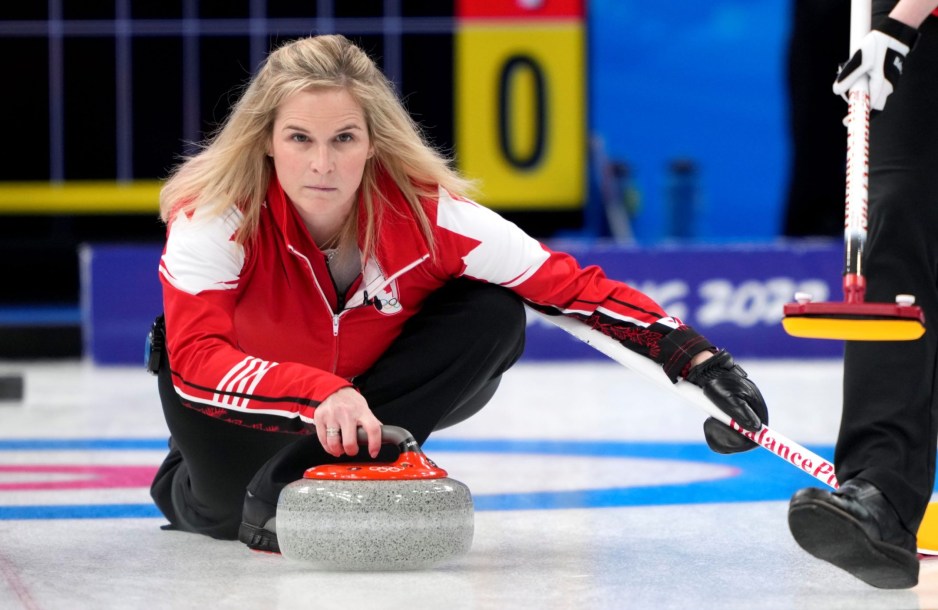 Worried Canadian curling fans can relax just a touch – Jennifer Jones is back.

Jones, the 2014 gold medallist, outdueled opposing skip Eve Muirhead in all the key situations to lead Canada to another crucial victory, this time 7-3 over Great Britain.

“We know when Jenn has an off game she usually comes back really strong and she did that today,” said Canadian coach Viktor Kjell. “Olympic Jenn showed up today.”

It was Canada’s second consecutive win after three straight losses had put their playoff hopes in jeopardy. Only the top four teams at the conclusion of the 10-team round robin advance to the semifinals.

With the two wins Monday – Canada beat Russia 11-5 earlier in the day – Canada evened its record at 3-3 and pulled into a three-way for fifth place with Great Britain and South Korea. Switzerland still tops the standings at 5-1 after losing to Sweden, which moved into a three-way tie for second with Japan and the United States at 4-2.

Canada plays the U.S. next and then finishes the round robin with games against 2-4 China and 2-5 Denmark.

“Fabulous, it’s a marvellous Monday,” an obviously happy Jones said of the day. “Today we eliminated all the bad ends. We had 19 ends of very good curling. We eliminated those bad shots and made some big shots when we needed them.”

Jones had her best game of the tournament, shooting 87 percent including 100 percent on nine take-outs. Muirhead shot 69 percent. For the third time in four games Canada began by stealing in the first end and then played patiently until they got their first hammer in the fifth.

Team GB was building towards a possible steal until Jones rose to the challenge. She executed two perfect double take outs to score three, Canada’s third three-ender of the event, and take control of the game.

“It didn’t look great from the hack, I could only see about half (the stone),” Jones said of her shot to make the second double. “I just threw it; I knew how it would run. The way the end was going I thought we would be in a tough place to score.”

The 47-year-old skip from Winnipeg made a perfect freeze in six to force Muirhead, the 2014 Olympic bronze medallist, to draw for one. In the seventh Jones got Canada out of trouble with a draw to the button with her first stone and slid through a narrow port for a precise runback to turn a steal by Britain into a single for Canada.

Jones made another excellent draw to the button in nine to prevent another possible steal and take a 6-3 margin into the tenth.

“Jenn was really dialed in with her speed, she made a lot of big shots,” said lead Dawn McEwen. “We’re getting comfortable with the ice and confident in making shots and knowing how to throw it and comfortable with the speed, so things are coming together. We have the day off tomorrow, so we’ll get some rest and come out firing whatever day the next day is.”