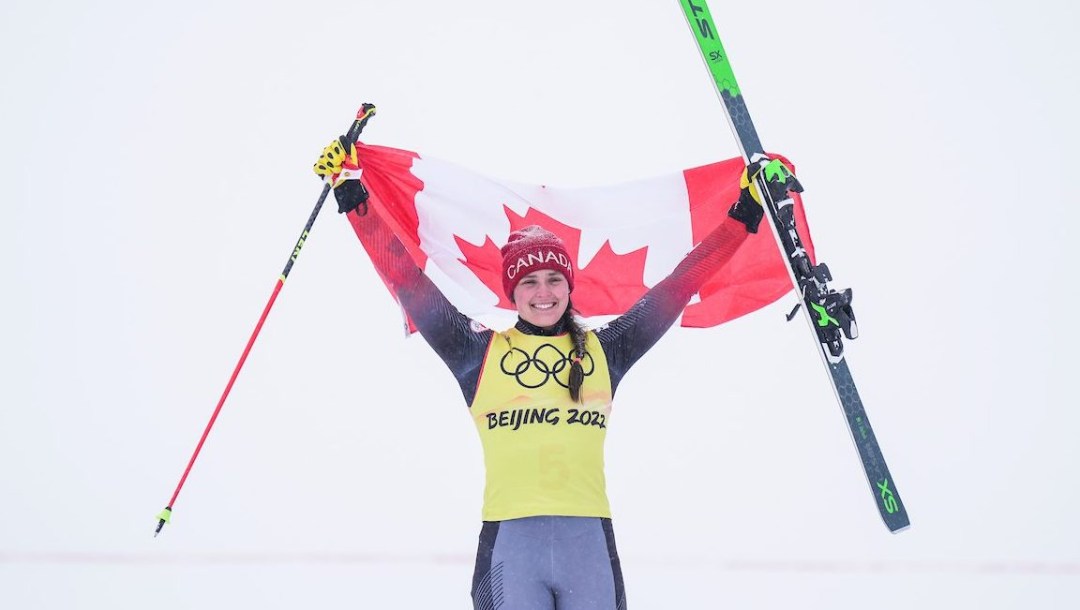 Race after race at the Genting Snow Park, Marielle Thompson’s trust in herself and her determination to return to the podium led her through the Olympic ski cross competition to solidify her silver medal performance.

“Today everything lined up and I was feeling confident on the track, and I’m prepared. Very different from PyeongChang,” said Thompson. “I’m really stoked. The Olympics is such a different race every time. I’m overjoyed. I couldn’t be more proud.”

The Olympic ski cross champion in Sochi 2014, Thompson was determined to return onto the podium after a 17th place finish in PyeongChang 2018. Four years ago, the Olympic race was her first back after rupturing her ACL and MCL less than four months earlier. For these Games, she was again on the comeback from injury, after undergoing another reconstructive knee surgery in March 2021. But this time, she had competed throughout the World Cup season in the leadup.

Cruising into the final, Thompson got off to a slow start in the final. Sitting in fourth place, she trailed the three other skiers through the the midway mark of the course. But Thompson trusted her own abilities and her body and jumped on an opportunity to edge ahead of Switzerland’s Fanny Smith and Germany’s Daniela Maier.

“I knew that the race wasn’t over until they crossed the finish line so I really just stuck with it,” Thompson recalled. “I knew I was fast at the bottom and I knew I could do some single rollers rather than jumping, especially in this fresh snow. I just stuck with it, didn’t give up until the end and it worked out for me.”

Thompson was joined in the semifinals by her teammates Brittany Phelan, Courtney Hoffos, and Hannah Schmidt, meaning that four of the final eight competitors were Canadian. In a photo finish semifinal race, Phelan just missed out on qualifying for the big final, ultimately winning the small final ahead of Hoffos (6th) and Schmidt (7th).

Having spent the last two years recovering from a knee injury, Phelan — who won silver at PyeongChang 2018 — admitted that she didn’t know what to expect heading into her third Olympic Games. But as the week leading up to the competition went on, she felt good. It was a disappointment to just miss out on the big final, but Phelan promises she will bounce back.

“I felt like I had the skiing to be on the podium today, but you know what, that’s ski cross racing,” said Phelan. “Going into this season, I didn’t really know what to expect and kind of picked back up where I left off right before getting hurt. That was so validating with all the hard work I’ve done just to make it here and be able to race and be competitive today was pretty amazing. Lots of disappointment not getting into that big final, but this kind of solidifies that I’ll be back in 2026.”

Making their Olympic debuts in Beijing, Hoffos and Schmidt will also be looking to build off their experience in preparation for the next Olympic Games. The continued development in the ski cross was evident in Beijing 2022, with each of the four Canadian athletes showing strong performances to progress through the rounds.

Canada has never missed the Olympic podium in women’s ski cross since it was added to the Olympic program at Vancouver 2010. Thompson’s medal is the sixth the country has won in the event. When asked about how Canada has developed their strong depth in the sport, Thompson pointed to the competition coming from around the world.

“We’ve continued to push, build and really be the leaders in the sport,” said Thompson. “Everyone has been chasing us, so we’ve had to continue to be better. On the women’s side, we are always pushing each other every step of the way.”

“The results today showed we’re super strong and I know in my semifinal, with three Canadians, I knew it was going to be tough. So I hope we can continue to be the innovators in the sport and continue to be strong.”