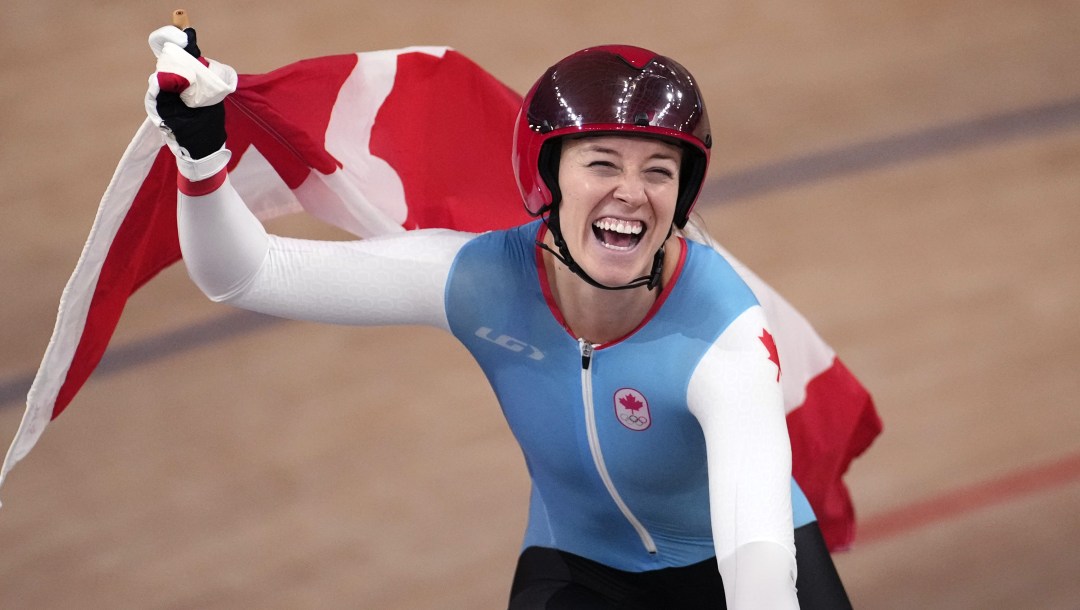 Over the last few days, Team Canada athletes were seen on podiums at the Track Cycling Nations Cup in Glasgow and the Rugby Americas North Sevens Qualifiers in the Bahamas.

Here is what you may have missed:

Team Canada is coming home from the first UCI Track Nations Cup of the season in Glasgow with three medals. The medal haul began in the women’s team sprint where Kelsey Mitchell, Lauriane Genest, and Sarah Orban won silver.

After posting the top time in qualifying, the Canadians had the upper hand on Colombia throughout their head-to-head matchup en route to the victory that secured their spot in the gold medal race. In that final, the Canadians were edged out of the top spot by the Netherlands.

Mitchell did find her way to the top of the podium in the women’s individual sprint. The reigning Olympic champion in the event, she faced off against Laurine van Riessen of the Netherlands in the best two-of-three final. With wins in the first two races, Mitchell claimed the gold medal.

Genest earned her second podium of the weekend when she claimed bronze in the women’s keirin. As they had at Tokyo 2020, both Genest and Mitchell advanced to the six-woman final race for the medals. As the racers came around the final corner, Genest sat in third place and she pedalled hard to maintain that positioning.

The second Nations Cup of the season will be held in Milton, Ontario, May 12-15.

Team Canada’s Mike Woods earned top 10 finishes in two high profile one-day races over the last week. At the 86th Flèche Wallonne in Belgium on Wednesday, he came in sixth, just seven seconds behind the winner.

He followed up with a 10th-place finish at the 108th running of the famed Liège-Bastogne-Liège race, one of the five Monuments of road cycling. With 60km to go, Woods had to navigate his way through a major crash. Racing into a headwind also made it a tough day before he launched into his final sprint just a little too early as he tried to out-race the pack of 12 riders he was grouped with. But still, he felt positive about a few things with much of the season still ahead.

Both of Team Canada’s men’s and women’s rugby sevens teams cruised through the competition at the Rugby Americas North Sevens Qualifier over the weekend, booking their tickets to the Rugby World Cup Sevens later this year.

Going undefeated through the quarters, semis and finals, the men downed Jamaica 29-12 in the final while the women defeated Mexico 33-0 in their final.

Sara Kaljuvee caught the eye of Canadian sevens coaches with her strong play in fifteens, where she captained Canada to…