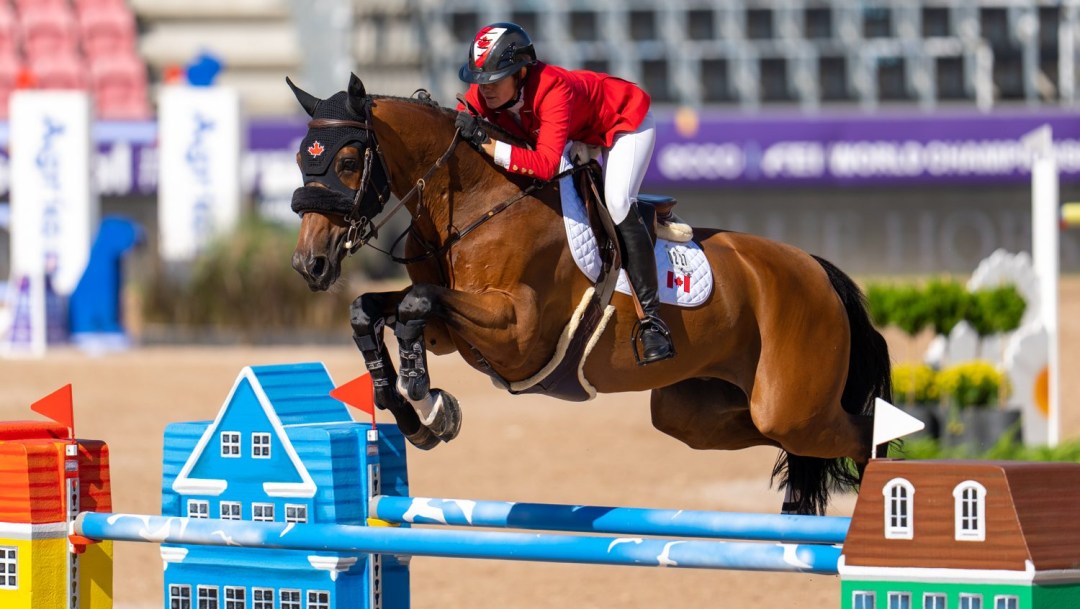 As summer rolls along, Team Canada athletes continue to look sharp on the international stage.

Among the highlights from the past week, another big win in 3×3 basketball and a national record by Marco Arop in a rarely run track race.

Here’s a quick look at what you might have missed:

Tiffany Foster and her horse Figor achieved a great result at the 2022 FEI World Equestrian Championships in Herning, Denmark as they finished 12th in the individual jumping event. They were the only Canadians to advance to the individual jumping final which featured the top 25 riders from the first three days of competition.

Canada defeated Italy by a score of 21-10 in the final, with Crozon’s step-back two-point shot serving as the game winner. It was their second straight tournament win after having won the series stop in Edmonton.

Sophie Bukovec and Brandie Wilkerson made it to the quarterfinals of the Volleyball World Elite 16 Beach Pro Tour in Hamburg, Germany. After wins in four of their first five matches, the Canadian duo ran up against the number one-ranked duo in the world in Brazil’s Barbara Seixas and Carol Solberg.

Gabriela Dabrowski and her doubles partner Giuliana Olmos had another productive showing in what has been a great year for the pair. They couldn’t take home the championship on Dabrowski’s home soil, however, as they lost in straight sets to American Nicole Melichar-Martinez and New Zealand’s Ella Perez in the semifinals of the Canadian Open.

In the men’s singles tournament in Montreal, Felix Auger-Aliassime reached the quarterfinals before bowing out to Denmark’s Casper Rudd 6-1, 6-2.

There’s a new Canadian record in the men’s 1000m after Marco Arop ran it in 2:14.35 at the Diamond League meet in Monaco. He finished with the silver medal. The previous national record of 2:16.52 was set by Nate Brannen in 2012.

Team Canada was simply unstoppable at the Pan American Championships as they took home 23 medals. Among the highlights was Kelsey Mitchell winning gold in the sprint and keirin as well as in the team sprint with Lauriane Genest and Sarah Orban. Genest also claimed silver in the keirin behind her teammate.

Coming off his historic performance at the Tour de France, Hugo Houle finished second in the general classification at the four-stage Arctic Race of Norway. He made his move up the standings on Saturday when he finished third in the third stage.

Alison Jackson finished with the green jersey as the points classification winner at the six-stage Tour of Scandinavia.