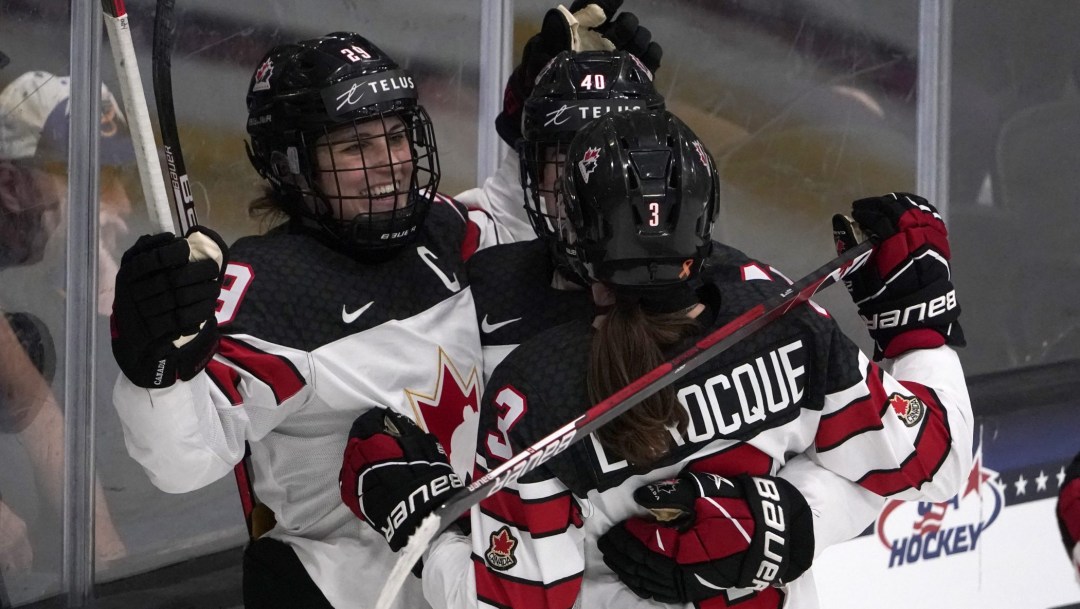 Team Canada started defense of their world championship title in women’s hockey with three straight wins in Denmark, plus there were some strong performances by Canadian athletes at the world championships in badminton and racquetball.

Here’s what you may have missed this weekend:

Team Canada got off to a 3-0 start at the IIHF Women’s World Championship with wins against Finland, Switzerland, and Japan.

The defending champs opened with a 4-1 win against Finland on Thursday. Marie Philip-Poulin’s first period goal broke a 1-1 tie and Canada never looked back en route to the victory.

Sarah Fillier netted two goals in a 4-1 win against Switzerland on Saturday and then eight players got in on the goal scoring fun during their 9-0 win against Japan on Sunday.

Canada will take on the United States to close out the preliminary round Tuesday at 2 p.m. ET.

Michelle Li became the first Canadian woman to reach the quarterfinals at the BWF World Championships in more than 40 years. Ranked 13th in the world women’s singles, Li upset World No. 8 Ratchanok Intanon of Thailand in the third round to advance to the quarters. But her luck ran out against fourth-ranked Chen Yu Fei of China, who went on to win the silver medal.

Wendy Carter was the last Canadian to make the women’s singles quarterfinals at the worlds, doing so in 1977 and 1980.

Team Canada had its best results in a decade at the IRF World Racquetball Championships in Mexico. Frédérique Lambert and Samuel Murray made it to the final of the mixed doubles tournament but came up just short against the top seeds from the host country, Rodrigo Montoya and Samantha Salas Solia.

Along with that silver medal, Lambert also won bronze in women’s doubles with partner Michèle Morissette while Murray teamed with Coby Iwaasa for their own bronze in men’s doubles. Iwaasa and Murray joined with Lee Connell and Kurtis Cullen for the silver medal in the men’s team event.

In just her second international race of the year, Amélie Kretz finished eighth in the women’s sprint distance race at the World Triathlon Cup in Bergen, Norway. Kretz had competed at the Commonwealth Games at the end of July, which marked her return from injury. Until then, she hadn’t competed since making her Olympic debut last summer.

In 27th place after the swim, Kretz used the bike leg to get herself among the frontrunners and had a strong running leg to close it out.