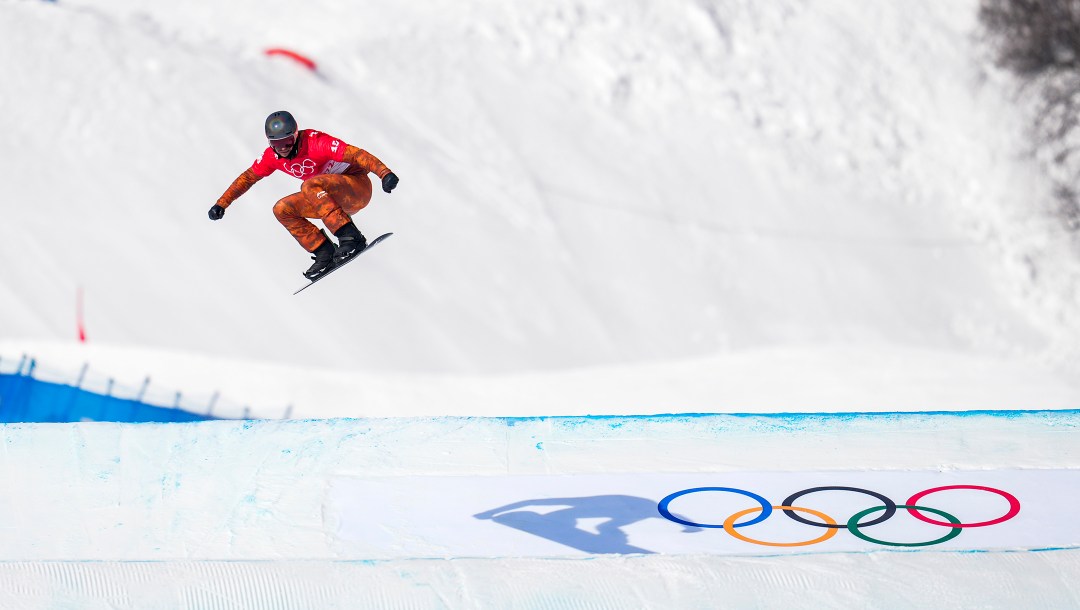 Behind every Olympic medal-winning athlete is a team that supports them first hand – the coaches, the nutritionists, the psychologists, the trainers, and many, many more.

But there are also some lesser-known helpers that are critical to Olympic success; partners who efficiently do their work behind the scenes to help make the experience for these athletes a fulfillment of their lifelong dreams.

Such is the case for Rock-it Global (a division of Global Critical Logistics), Team Canada’s Official Freight Forwarder. A global network of logistics specialists, Rock-it Global are experts in live event logistics and complex cargo shipments. They were responsible for safely delivering over 97,000 kg of essential equipment overseas collectively for both Tokyo 2020 and Beijing 2022.

As you might imagine, shipping oddly shaped, large pieces of equipment like rowing boats is no easy feat – especially when it’s raining.

Yes, boats are made for water. But receiving, labeling, and packing them for transport during a rainstorm takes a special type of expertise (and commitment). It took more than three hours to identify and carefully load the boats onto a special truck and trailer, all to be delivered to Rowing Canada’s pre-Games training camp.

Closely behind the delivery of racing shells came two full trucks carrying all the gear and oars that were shipped directly from Victoria. And it’s not just the equipment. Beyond the field of play, there are significant measures taken to surround athletes with various items delivered from home to make their experience seamless.

“We shipped most of our medical and recovery equipment,” said Jon Rose, equipment manager for Rowing Canada. “That includes freezers, slushie machines, treatment tables, recovery pools (and the devices that drive them) as well as a number of spare parts and tools for both the hulls and all the support gear.”

More than most, rowers understand the importance of trusting your teammates to have your back from start to finish. The members of the Olympic gold medal-winning women’s eight needed to have faith not only in the efforts of their entire crew, but also faith that the equipment they needed would be in the right place at the right time.

Before they set foot in any start gate, their boards are carefully prepared by the unsung hero of the team, technician Blake Lewis.

“It’s one of the biggest relationships you have to build around you in your team,” Grondin said of the snowboarder-technician tandem. “He’s one of the best so I never really have a lot to say about the boards…. I always feel like we have the best set up I can have for every race.”

One of the reasons Lewis is able to consistently provide the athletes he works with the smoothest, quickest ride possible is a particular base cleaner. The night before a race, Lewis will spend hours in the wax room, getting rid of anything that shouldn’t be on the bottom of the boards.

The snow in China was different than that in more oft-visited snowboarding locales in Europe and North America because of the higher levels of coal dust as well as sand from the Gobi Desert. So it was vital that Lewis had his preferred cleaner.

“We’ve tested numerous different chemicals and this one works the best,” said Lewis, who had had the opportunity to analyze the snow during site visits ahead of the Games.

But the small container that resembles a soft drink bottle was not a simple thing to ship. Highly flammable, it is considered a hazardous material and can’t be just tucked into Lewis’ traveling toolbox.

“We had a pre-Games event there in November and we knew that, okay, it’s gonna be a challenge, how can we get something like these liquids to the Games?” said Lewis.

The initial plan was to include it in one of Team Canada’s regular cargo shipments by freighter across the Pacific Ocean. But that plan started to go awry when the product was delayed getting out of Europe because of backlogs related to the blockage of the Suez Canal in the spring of 2021.

From there, it was almost a perfect storm of every possible type of hiccup.

By the time the product arrived in Montreal, a strike at the port prevented it from being offloaded until the deadline had passed for the main cargo shipment to Beijing. An attempt to get it to Vancouver to meet the cargo ship there also fell through. While trying to get it back to Montreal, landslides on Highway 1 in British Columbia forced all ground shipments to be rerouted.

Calls were made to get a new batch shipped directly from the Finnish manufacturer to Beijing, but the factory had burned down, cutting off that supply.

Though Lewis wasn’t aware of all the drama, he was preparing for contingencies.

“We were looking at what’s Plan B, what’s Plan C, Plan D if we can’t get a hold of this? How can we still effectively clean our boards to still give our athletes a chance to perform?” said Lewis.

With the product back in Montreal, the only possible way to get it to Beijing on time was via Air Canada’s charter flights on which the athletes would travel.

And that would only be possible thanks to Rock-it Global’s expertise.

They worked with specialized Dangerous Goods (DG) packers to ensure proper labelling, and documentation was completed, and the goods were packed in a way that it was safe for them to travel on a plane. But that was just one step of the journey. Upon arrival in Beijing, Rock-it Global was able to swiftly do all the behind-the-scenes processes needed for the product to clear customs. Then a company representative drove the base cleaner directly to the snowboard team’s headquarters the day before the racers arrived.

“I wasn’t aware of all the effort [involved] but I knew a lot of effort was going in to make sure … that important piece was able to be present as we requested it, so that was great,” said Lewis, appreciative of everything Rock-it Global had done to help him set his athletes up for success.

“For sure I heard about it once everything was over, but ‘til then, I had no clue. I would show up to the wax room, talk with Blake, set up the boards and that was it. I never really had to worry about anything.”

Rock-it Global has been Team Canada’s Official Freight Forwarder and Customs Broker since 2016 and as a partner will continue to provide essential behind-the-scenes assistance to Canadian Olympic Teams through the Paris 2024 Olympic Games.