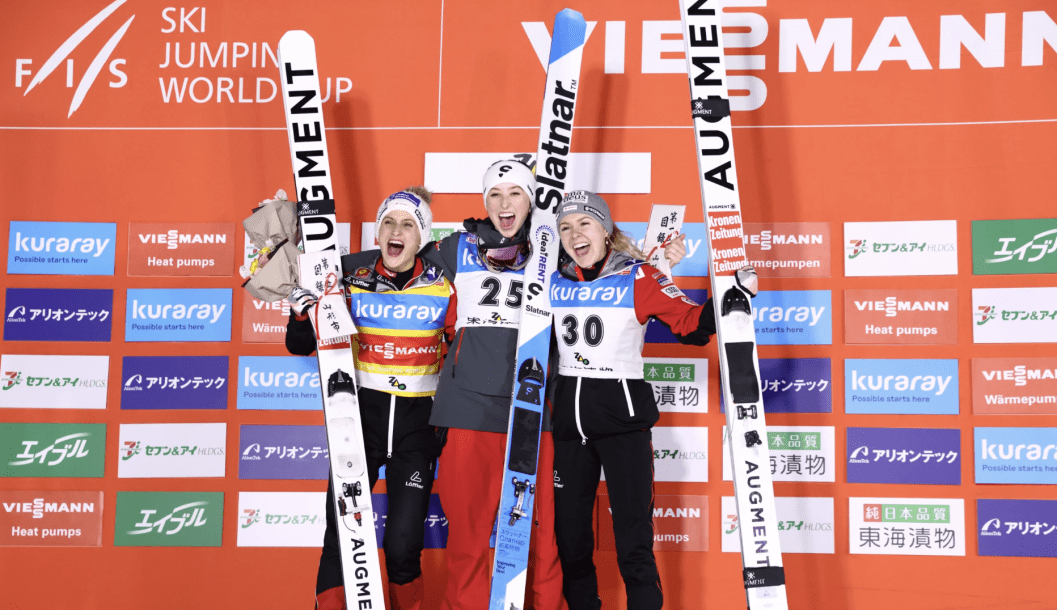 Alexandria Loutitt wrote her name into the history books on Friday as she became the first Canadian woman to ever win a World Cup ski jumping event.

Just a week after her 19th birthday, Loutitt earned a total of 240.3 points for her two jumps on the normal hill in Zao, Japan. That was more than enough to give her the victory over a couple of Austrian jumpers, Eva Pinkelnig (231.8) and Chiara Kreuzer (228.6).

Loutitt travelled 98.5 metres on her first jump which scored her 125.2 points to boost her into first place at the midway mark. Her second jump was a little shorter at 95 metres but added 115.1 points to her overall score.

This is not Loutitt’s first brush with history. In her Olympic debut last February at Beijing 2022, she was part of Canada’s bronze medal in the inaugural Olympic mixed team ski jumping event. That was Canada’s first ever Olympic medal in ski jumping.

After a bit of a delayed start to her season while she recovered from a foot injury, Loutitt has been showing she was ready to make this big step onto a major international podium. At her first World Cup of the season on December 28, she placed fourth in a normal hill event, a result she matched on New Year’s Day in another normal hill competition. She has placed in the top 10 in three other World Cup starts this season.

Loutitt’s teammate, Abigail Strate, who also has a couple of fourth-place finishes this season, ended up in 11th place on Friday in Zao.

The Canadian women will be back in action on Saturday for a team event. The competition concludes in Zao on Sunday with another normal hill event.