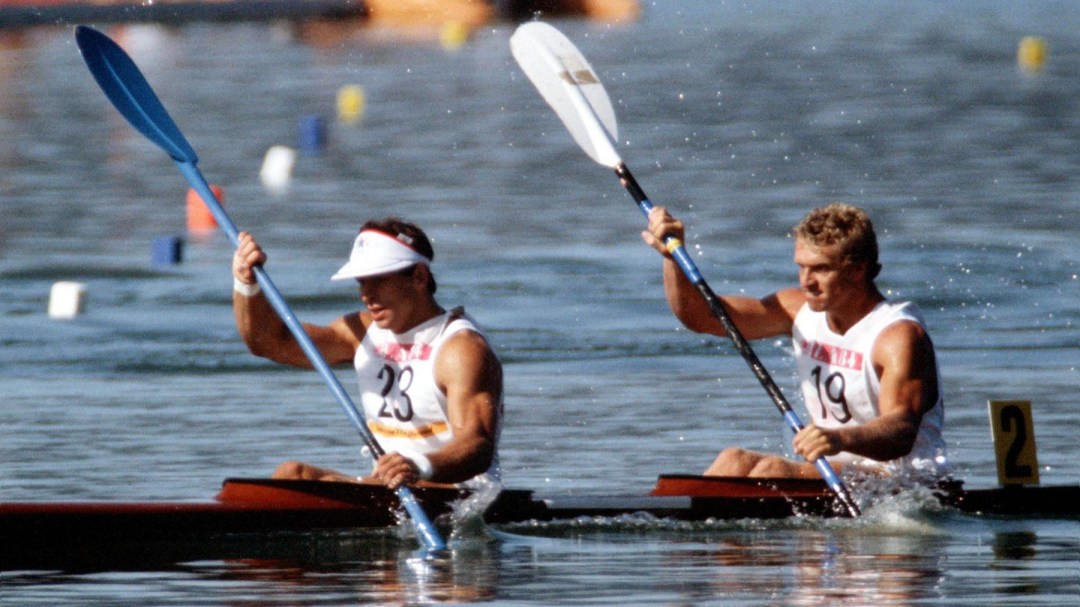 Alwyn Morris is a two-time Olympic medallist with kayaking partner Hugh Fisher. The duo won gold in the K-2 1000m and bronze in the K-2 500m at Los Angeles 1984. In an iconic moment as they stood atop the Olympic podium, Morris, a member of the Mohawk nation from Kahnawake just south of Montreal, held aloft an eagle feather. The sacred symbol to many First Nations people was his way of honouring his heritage, and in particular his late grandfather, who had been an inspiring figure in his athlete career.

Morris and Fisher first met in 1980 but because of a series of circumstances did not become partners until 1982. In their first season together, they won K-2 1000m silver at the 1982 World Championships. The following year, they added a world bronze medal in the K-2 500m to their trophy cases. Following their Olympic success in Los Angeles, they qualified for Seoul 1988 but were eliminated in the semifinals of the K-2 500m.

Morris was named a Member of the Order of Canada in 1985 for his outstanding service and achievement. He and Fisher were inducted to Canada’s Sports Hall of Fame in 2000. Morris continues to be a leader for Indigenous athletes, serving as President of the Aboriginal Sports Circle.