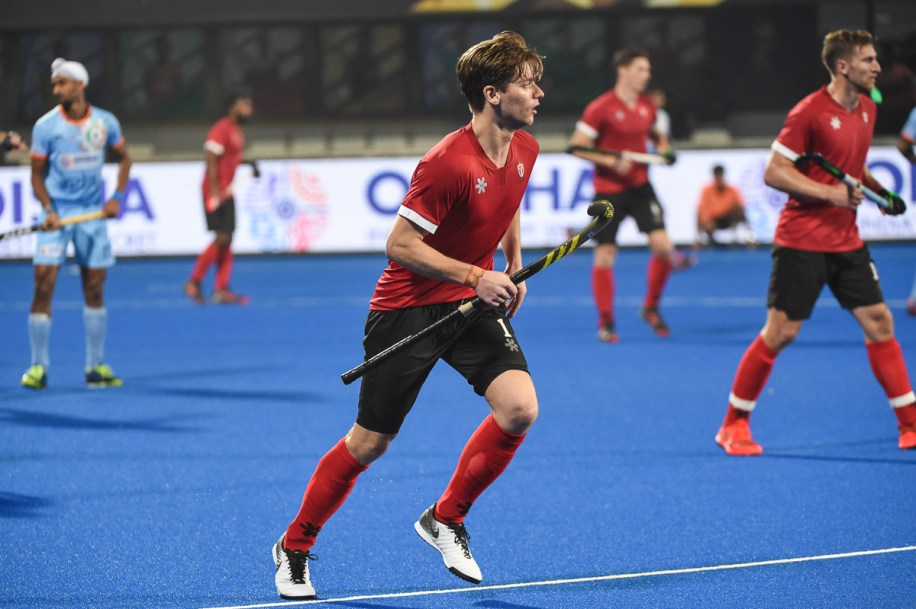 Floris van Son was born in the Netherlands and grew up in Belgium and played internationally for both countries as a junior before deciding to pursue his Olympic dream in Canada. He received his Canadian passport in 2016 and made the decision to quit his job, put his university degree on hold, and leave his pro team in the Dutch second division to play for his father’s birth country. He joined the senior national team in Vancouver just six months before Rio 2016, and though he did not make that Olympic team, he’s been a Red Caribou ever since.

In 2017, he was a member of the silver medal-winning team at the Pan American Cup, scoring twice in the preliminary round and netting the shootout winner against the United States in the semifinals. He was also part of the Canadian team for the FIH World League, contributing to a top-10 finish which was highlighted by a semifinal win over heavily-favoured India to earn a spot in the upcoming 2018 FIH World Cup. He played in two games at the World Cup.

Earlier in 2018, he represented Canada in his first multi-sport competition, the Commonwealth Games. In 2019 he helped Canada earn its ticket to Tokyo 2020 by winning their two-game qualification tournament against Ireland in a dramatic shootout. He scored one goal in five games during his Olympic debut at Tokyo 2020.

A Little More About Floris

Getting into the Sport: Started playing field hockey at age 5… Drawn to the sport because of the quick pace combined with technical skill and power… Outside Interests: Enjoys skiing, reading and listening to music, especially new stuff. Always watches Formula 1 on Sundays… Was an equity broker at Binckbank in the Netherlands… Odds and Ends: Nickname: Flo-ride… Is close friends with teammate and roommate, Adam Froese… Favourite motto: “If you don’t score, you can’t win”… Both of his parents played for the Hong Kong National Field Hockey Team…

As a newcomer to the senior national team, Evan Van Moerkerke was named to the Pan Am Games and FINA...