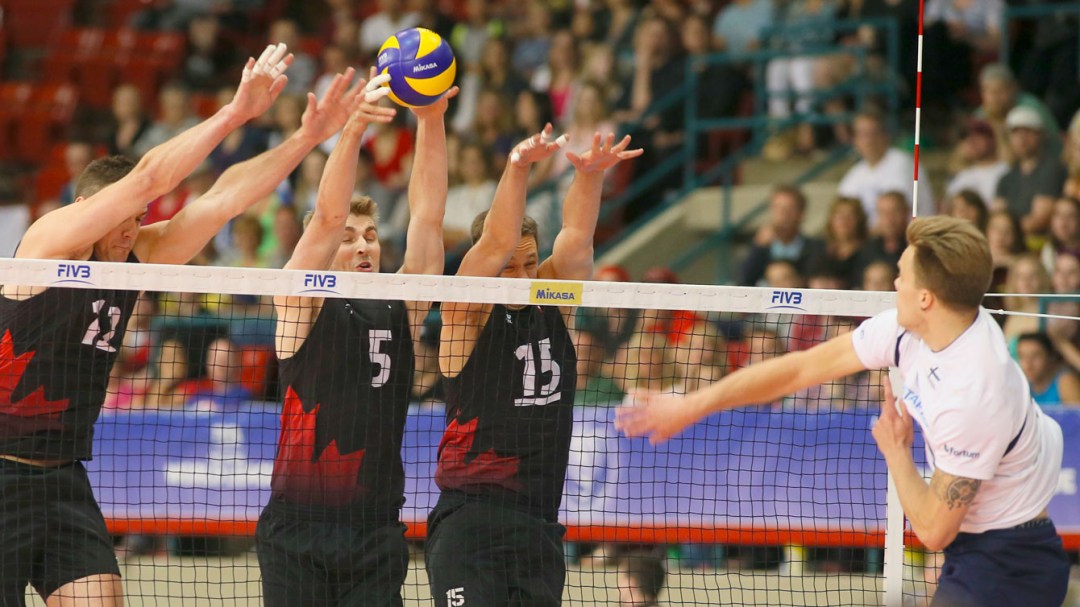 Canada is off to a strong start in the 2014 FIVB Volleyball World League after winning two matches against Finland in Calgary over the weekend.

By point distribution rules in pool play, Canada received two points toward the standings, while Finland took a single. Had Canada closed out the Finns in the fourth set, it would’ve taken maximum points once more. Canada’s Rudy Verhoeff (no. 5) against Finland in Calgary.

Pool C is currently led by Belgium with six points. Canada trails by one with five ahead of Finland (1) and Australia (0). Because Australia is the host of the final round, it’s automatically through regardless of standings, making Canada’s upcoming matches in Belgium (June 6 & 8) crucial to its chances. The top team from Pool C will advance to the final round along with Australia. 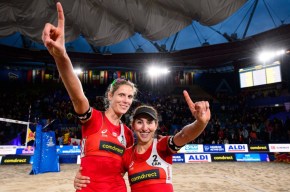