Given the nation’s abundance of lakes and rivers, many Canadians have had the opportunity to experience life-changing moments out on the water.

When it comes to Olympic sailing, Canada’s most powerful moment likely came back at Seoul 1988. Lawrence Lemieux was hailed as a hero for abandoning his own chance at winning a medal to assist two fellow sailors whose boat had capsized. 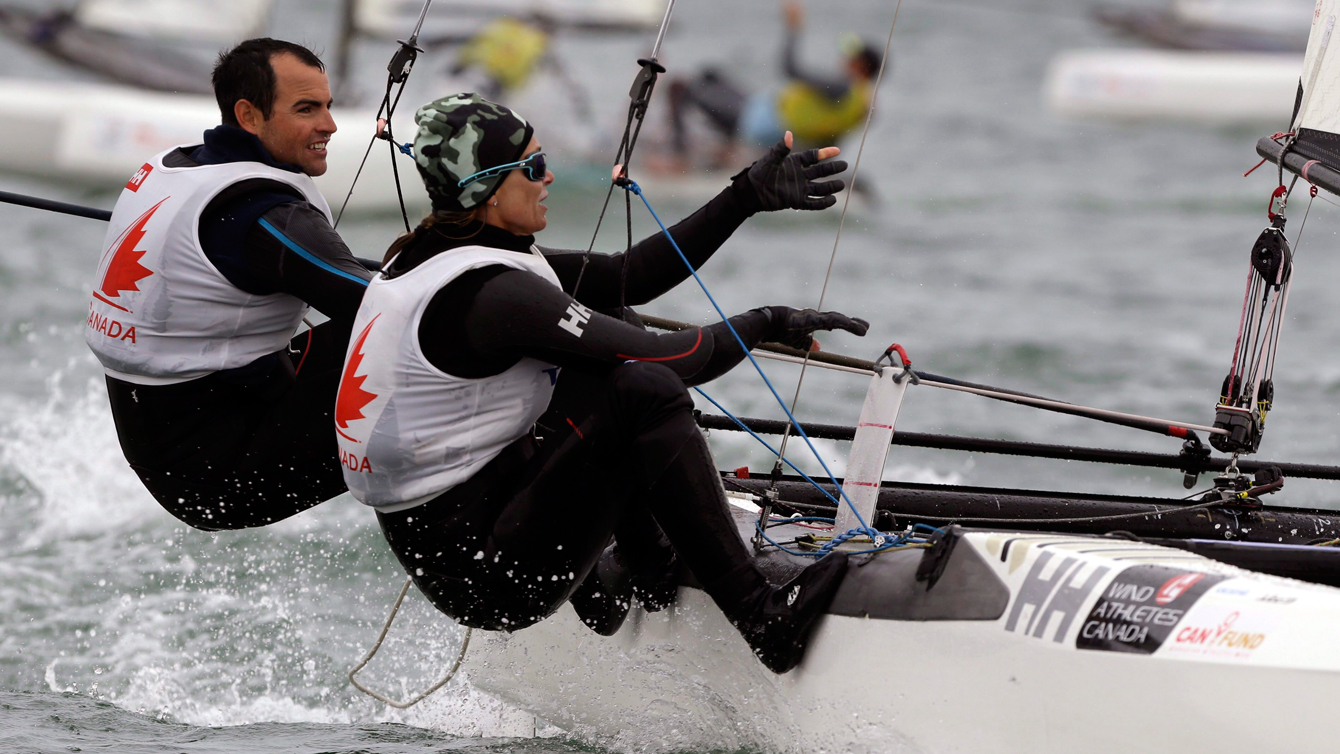 Though Lemieux never reached the Olympic podium, Canada has had medal-winning moments in sailing, dating all the way back to Los Angeles 1932. In total, Sail Canada has nine Olympic medals, the most recent a silver from Ross MacDonald and Mike Wolfs in star class at Athens 2004.

Could another medal moment be in the cards at Rio 2016? Currently, the Canadian team has six sailors qualified—Brenda Bowskill (Radial class), Tom Ramshaw (Finn), Erin Rafuse & Danielle Boyd (49er FX) and Luke Ramsay & Nikola Girke (Nacra 17)—with more to come by the time the Sailing World Cup wraps up on June 12.

The most well-known name on that list is Girke, who’ll be competing in her fourth Olympic Games in her third different class. She competed in the 470 at Athens 2004 and the RS:X at Beijing 2008 and London 2012; now she’s teaming with Ramsay in the newly-instated Nacra 17 class. 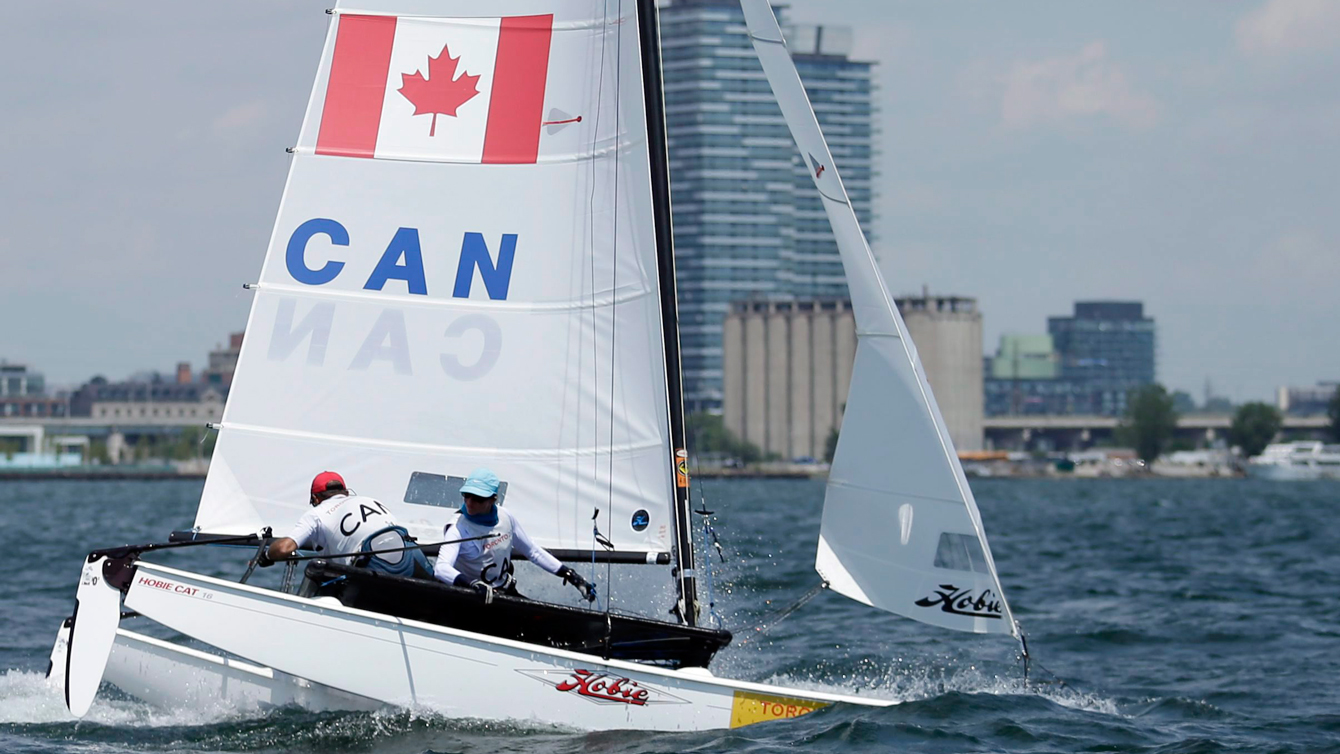 Canada’s boat gets the bows underwater in the Hobie 16 medals race during sailing competition in the Pan Am Games in Toronto on July 19, 2015. (AP Photo/Gregory Bull)

“It has always been an honour to be able to qualify and represent my country, no less at my fourth Games than at my first,” says Girke. “Having it be my fourth Games in a third discipline makes it a very special accomplishment.”

The 38-year-old regards Terry Fox as her athletic idol, and says that while her goal has always been to win an Olympic medal, she doesn’t want that to define her career. Indeed, as Lemieux showed Canadians decades ago, the most powerful moments don’t always take place on the podium.

“As a professional athlete, I want a daunting goal and to finish it strong,” says Girke. “(I want) to be an inspiration to others to dream big and live fully.”