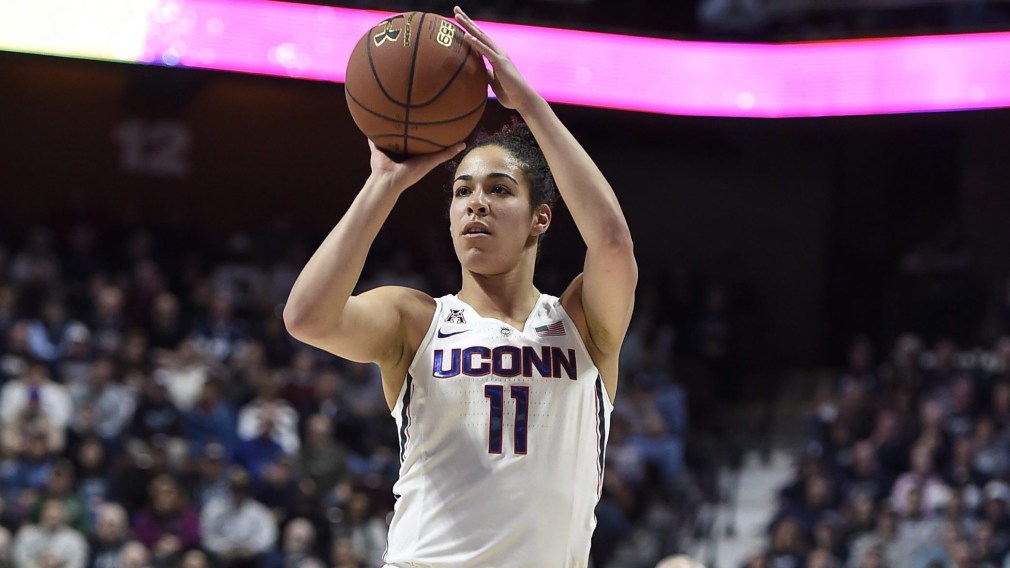 In a rematch of last year’s National Championship title game – this time in the second round of the NCAA tournament – Canadian standout Kia Nurse had herself one heck of a night.

The Connecticut Huskies guard tied an NCAA Tournament record for three-pointers made, hitting 9 of 12 from behind the arc to lead the Huskies to a 94-64 victory over the Syracuse Orange for their 109th straight win.  With this second round victory, Nurse and UConn are heading to the Sweet 16, tipping off against UCLA on March 25.

Nurse is looking to lead her team to a fifth straight National Championship, which would be the third for the junior guard. In the first two rounds of the tournament, Nurse has scored a total of 53 points – 45 of those from three-pointers – and dished out 9 assists in her 58 minutes of court time.

Nurse isn’t the only Canadian heading to the Sweet 16 in the Women’s Tournament. In the Lexington Regional, Texas and Stanford will face off on March 24. This matchup will feature three Canadians, twins Khaléann and Audrey-Ann Caron-Goudreau from Texas and Mikaela Brewer from Stanford. In the first two rounds of the tournament, Audrey-Ann Caron-Goudreau has averaged 21.5 minutes, 3.5 points, 4 rebounds and 1 assist per game.

In the Stockton Regional, Oregon State will see the Florida State Seminoles on March 25. Kolbie Orum will be the only Canadian represented in this Sweet 16 matchup. Orum has averaged 20.5 minutes, 7 points and 6 rebounds per game in the first two rounds of the tournament.

On the men’s side, there are a total of five Canadians headed into the Sweet 16. Perhaps the biggest shock of all is South Carolina Gamecocks’ Duane Notice, who helped upset second-seeded Duke in the second round of the tournament. Notice has averaged 35 minutes, 13.5 points, 3.5 rebounds and 2.5 assists per game in the South Carolina’s first and second round victories against Marquette and Duke. Next up for Notice and South Carolina is a Sweet 16 appearance against Baylor on March 24.

More Life. The grind may be sour but the rewards are sweet…Sweet16 Ting! #GodFirst #OFT #marchmadness2k17 #inguardswetrust 🌺🏀🐔💯💥💨

My brothers did this, they kept my journey going. Thank y'all! #SweetSixteenBaby

Gonzaga’s Dustin Triano has yet to see court time in the first two rounds of the tournament, but the Zag’s are considered to be one of the favourites of the men’s tournament. Next up for Triano and the first-seeded Zag’s is a Sweet 16 battle against fourth-seed West Virginia on March 23.

Rounding out the Canadian men in the Sweet 16 is Kentucky’s Mychal Mulder. Averaging 7 minutes, 1.5 points, 1 rebound and 1.5 assists per game in the tournament, Mulder is looking to help the second-seeded Wildcats to a Sweet 16 victory on March 24 against third-seeded UCLA.

A career night for Nurse advances Huskies to Sweet 16
World Juniors: Remembering the 2005 “All-Star” team
Shuttlecock and balls: The fastest moving objects in sport
What is the difference between racquetball and squash?
Getting vertical: The highest jumps in sport
Korea 101: Korean Customs and Traditions