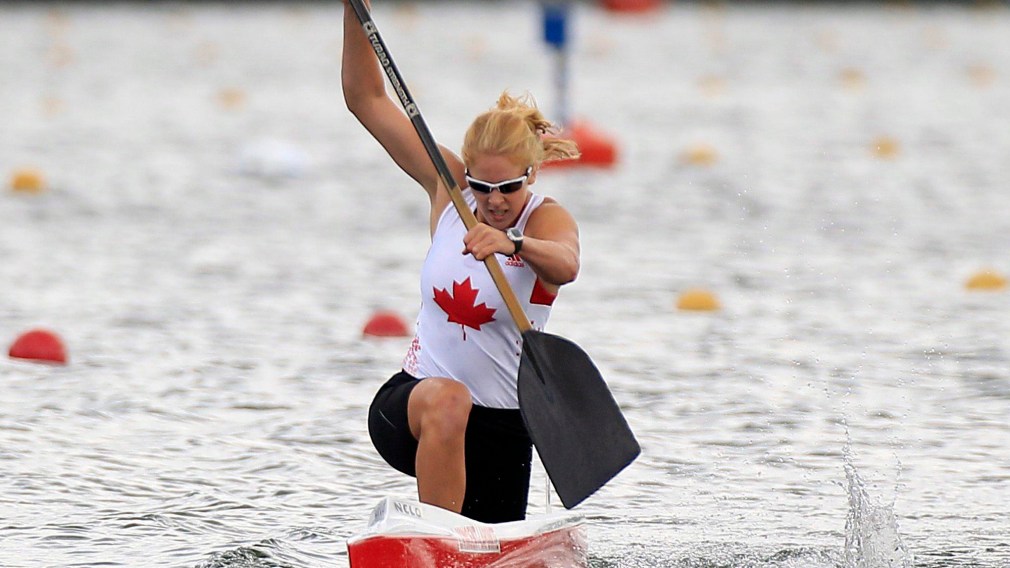 Canada’s best canoe and kayaker’s are ready to face the world starting Wednesday, at the ICF World Sprint Championships in Racice, Czech Republic.

In addition to the C1 200m, Vincent-Lapointe will also compete in the C2 500m at worlds, where she will team up with Katie Vincent. Together the pair will look to build on their World Cup silver from earlier this season in Szeged, Hungary.

Paddling in paradise! 🕶 getting ready for the world championships 🚣‍♀️😁

On the men’s side, London 2012 bronze medallist Mark Oldershaw will try to add a third medal to his world championship record. The competition in Racice could mark Oldershaw’s first world championships medal in the C2 1,000m, where he will be teaming up with rookie Mark James. Craig Spence, who finished seventh in Szeged in 2017 in the C1 1000m, and Mark Tarling, who will be competing in the C1 200m, will also be apart of the canoe crew in Czech Republic.

Mark Oldershaw poses with his medal at the London 2012 Olympic Games. He and Ryan Cochrane are the only members of the Canadian team at the 2017 World Championships to have competed in the 2012 Games. (PC / Sean Kilpatrick)

Canadians will be able to cheer on women kayakers in six races, including four Olympic events. Michelle Russell will try to better her seventh place finish in the K1 500m at the World Cup in Belgrade. The three-time 2015 Pan Am Games medallists will also join Andréanne Langlois for the K2 500m event. The duo finished seventh in Szeged earlier this year.

Alongside Russell, Langlois will compete in two events at the world championships. Last year she took fifth in the K1 200m at the World Cup stop in Montemor-O-Velho before finishing 14th in Rio 2016. Courtney Scott, Lissa Bissonnette, Alanna Bray Lougheed and Natalie Davison will be repping the maple leaf in the K4 500m event.

Andréanne Langlois is the only Canadian woman to have participated in the Rio Games. (AP Photo / Luca Bruno)

Two-time Olympian Ryan Cochrane will lead the men’s kayak team. Accompanied by Pierre-Luc Poulin, Cochrane will be in the K2  200m event where he won gold at the 2010 Pan American Games. The pair will be making their first appearance at a world championships together. Alex Scott (K1 200m) and K2 1000m duo Jarret Kenke and Marshall Hughes, will also try to make their way on to the worlds podium.

Here is the full lineup for Team Canada in Czech Republic:

Canadian paddlers ready to shine at world championships
Ana Padurariu: Facing the never-ending challenges of 2020
Team Canada Athletes Train at Home
20 Team Canada Olympic Moments of Pride
What is the difference between racquetball and squash?
Shuttlecock and balls: The fastest moving objects in sport