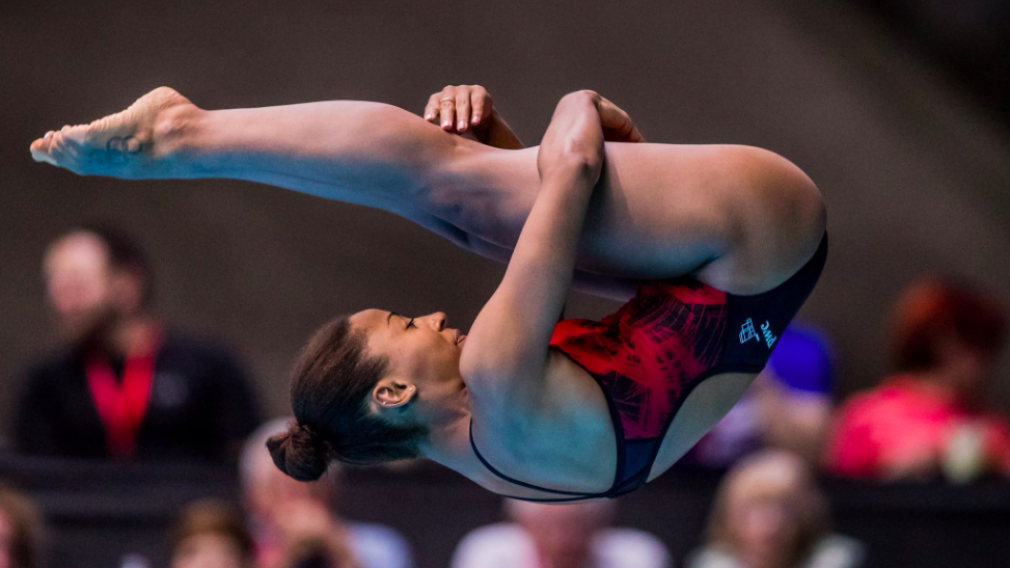 Once again, Jennifer Abel landed atop the podium with gold in the women’s 3m springboard on Sunday at the fourth stop of the FINA Diving World Series in Kazan, Russia.

This is her first gold medal at this event this season. The Canadian diver made five perfect dives to secure a score of 330.60 points to take the gold, well ahead of her competition. Second place went to China’s Shan Lin with a score of 303.60. Bronze also went to the Chinese, Yani Chang with 302.20.

Abel made a huge leap in comparison to the 285.75 points she had collected in the semifinals.

At the same event, Pamela Ware was stopped in the semi-finals. A few hours later, Abel returned to the same hill with François Imbeau-Dulac for the mixed synchro event. They finished in 4th place. This is Canada’s second medal this weekend, in Kazan, after the bronze in the 10m mixed synchro, Vincent Riendeau and Caeli McKay won on Saturday.

The leg of competition ended today and the FINA World Diving Series final continues next week in London.