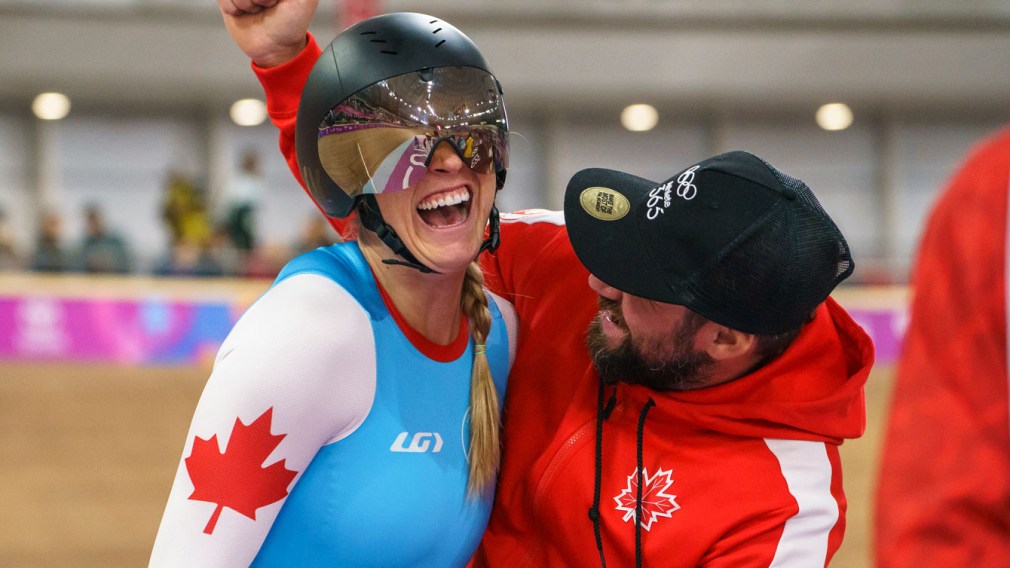 Team Canada’s RBC Training Ground athletes found success on the indoor and outdoor tracks and the water while at Lima 2019. Five athletes are coming home with medals.

Let’s take a look at how these RBC Training Ground ‘Future Olympians’ did: 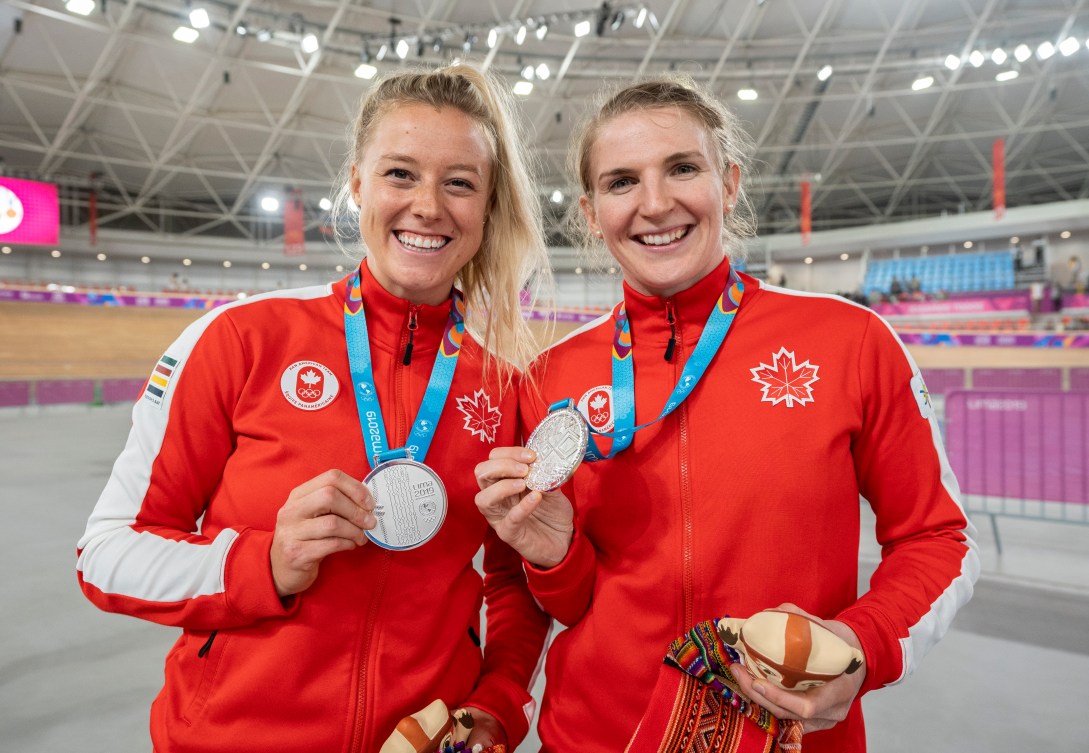 Cyclist Kelsey Mitchell won two medals in Lima. Her first medal came in the women’s team sprint event, where she landed on the second step of the podium with her teammate. 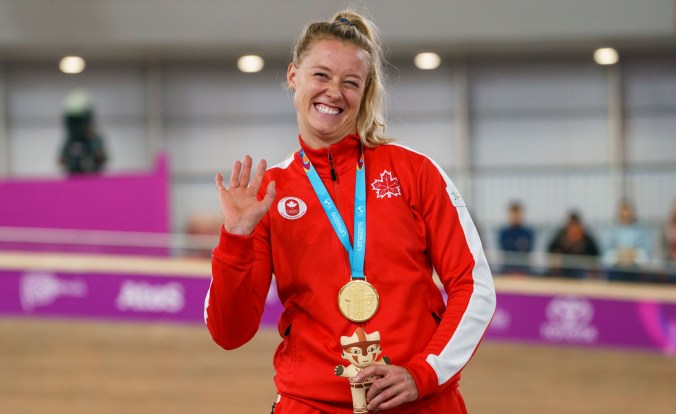 Kelsey Mitchell takes the gold medal in the women’s sprint in track cycling at Lima 2019. Photo by Dave Holland/COC 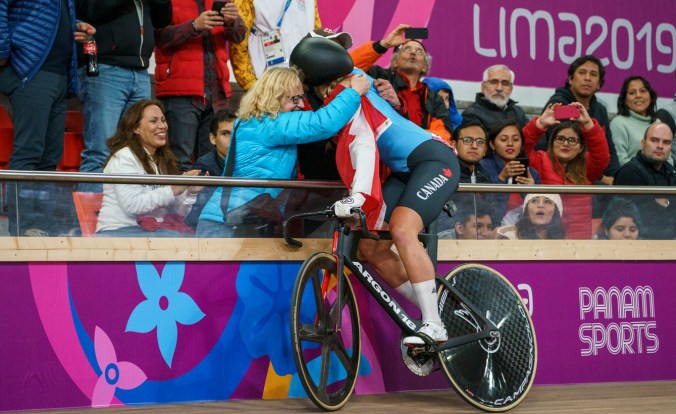 Kelsey Mitchell hugs her parents after winning the gold medal in the women’s sprint in track cycling at Lima 2019. Photo by Dave Holland/COC

The following day, Mitchell set a Pan American Games record during the qualifying round of the women’s sprint with a time of 10.890s. She beat the previous record of 10.992s, set at Toronto 2015.

The Alberta native went on to win the gold medal in the event. In the final, she crossed the finish line with a time of 11.415s.

She said of her victory: “I can’t even explain it. It’s amazing, an incredible feeling that’s for sure…I’m just slowly getting up to the top and soaking it all in.” 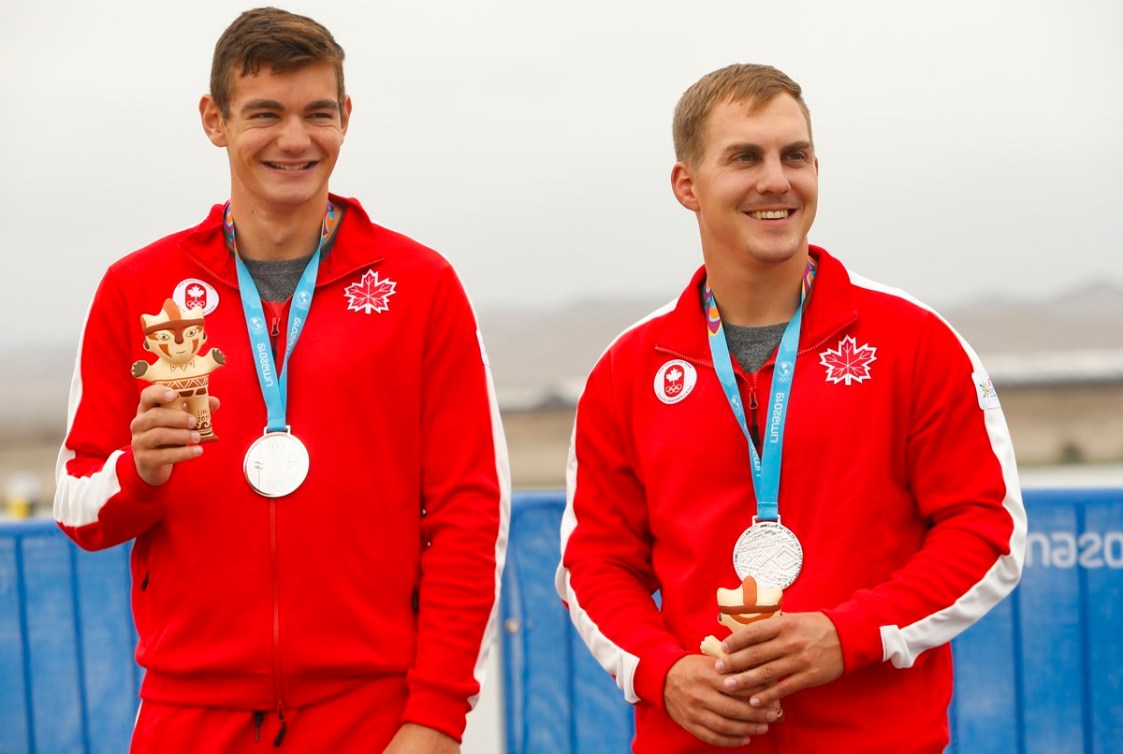 Jacob Steele won silver in the Men’s K2 1000m event with his teammate. This was his first Pan Am Games and first medal. 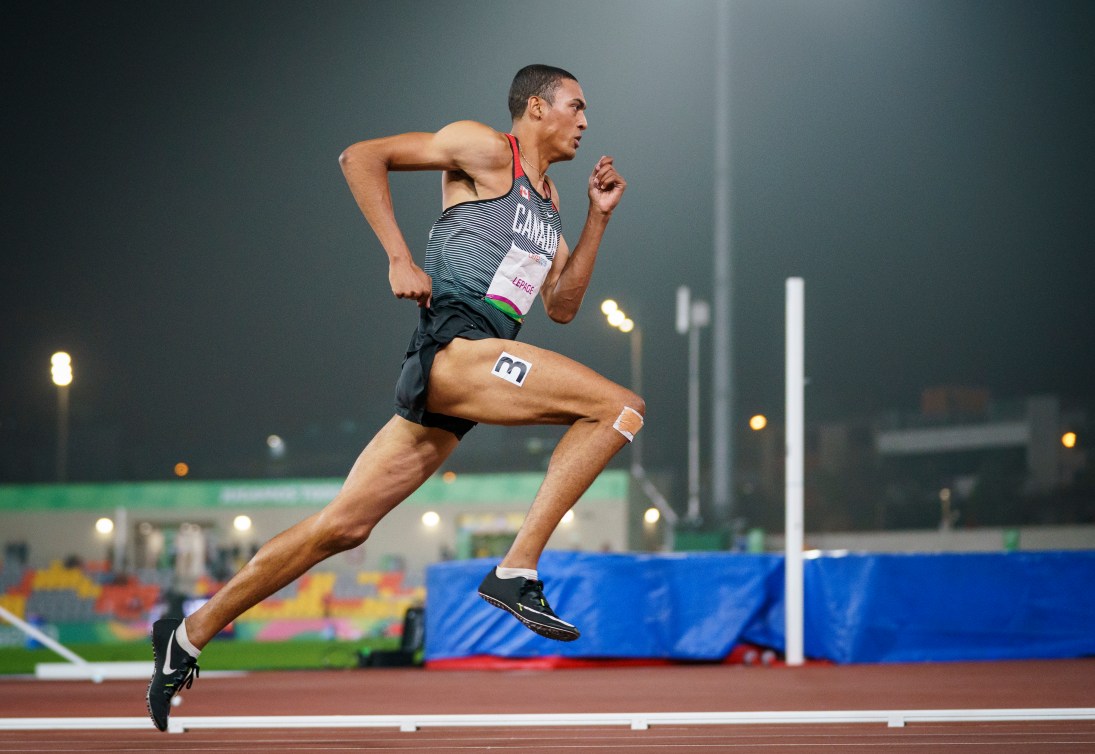 LIMA, Peru – Pierce LePage of Canada competes in the 400m race during the decathlon at the Lima 2019 Pan American Games on August 06, 2019. Photo by David Jackson/COC

Decathlete Pierce LePage finished his first Pan Am Games with a bronze. He scored a total of 8161 points, finishing first in the pole vault and 400m events. 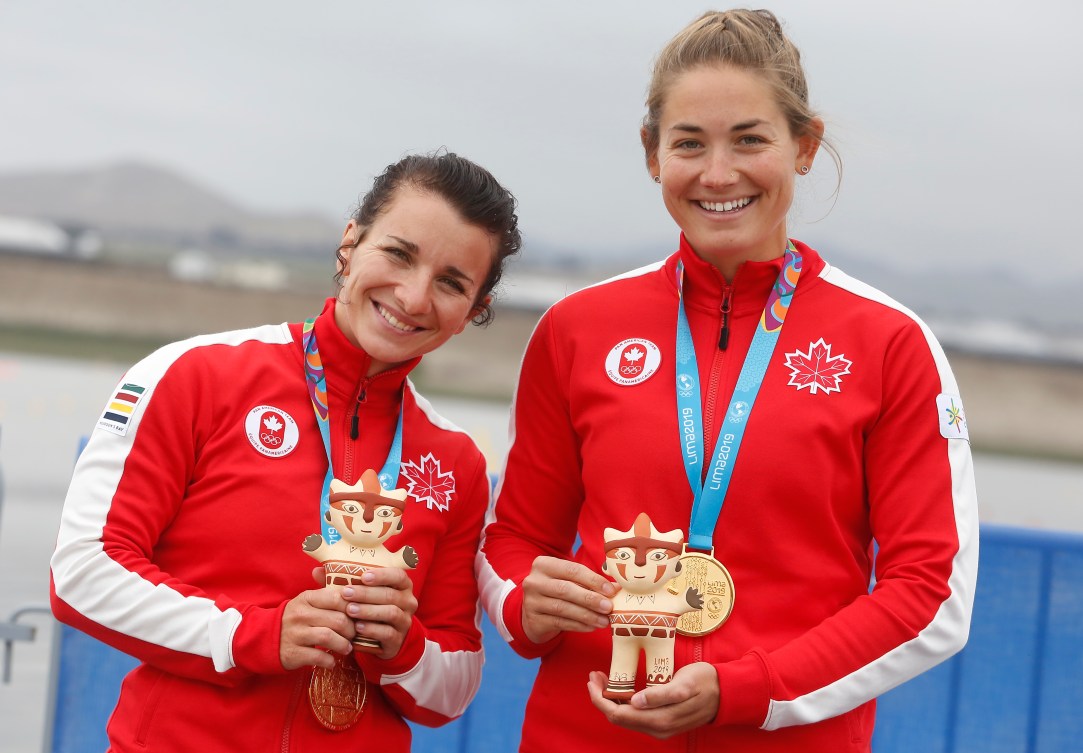 Alanna Bray-Lougheed won two medals in Lima. Her first medal came in the K4 500m, which fellow RBC Training Ground athlete Anna Negulic was also a part of. The team claimed the gold medal with a time of 1:34.316.

Bray-Lougheed went on to win silver in the K2 500m as well. 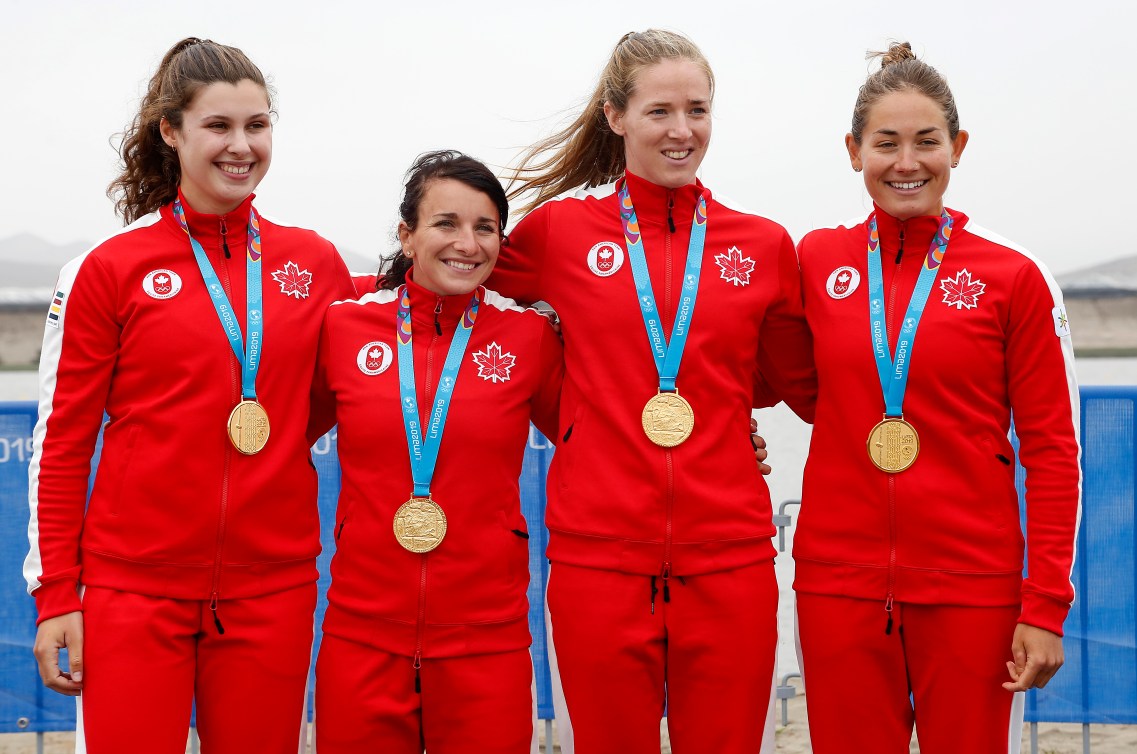 Negulic competed only in one event, but it didn’t slow her down one bit as she was part of the gold medal winning team in the Women’s K4 500m. 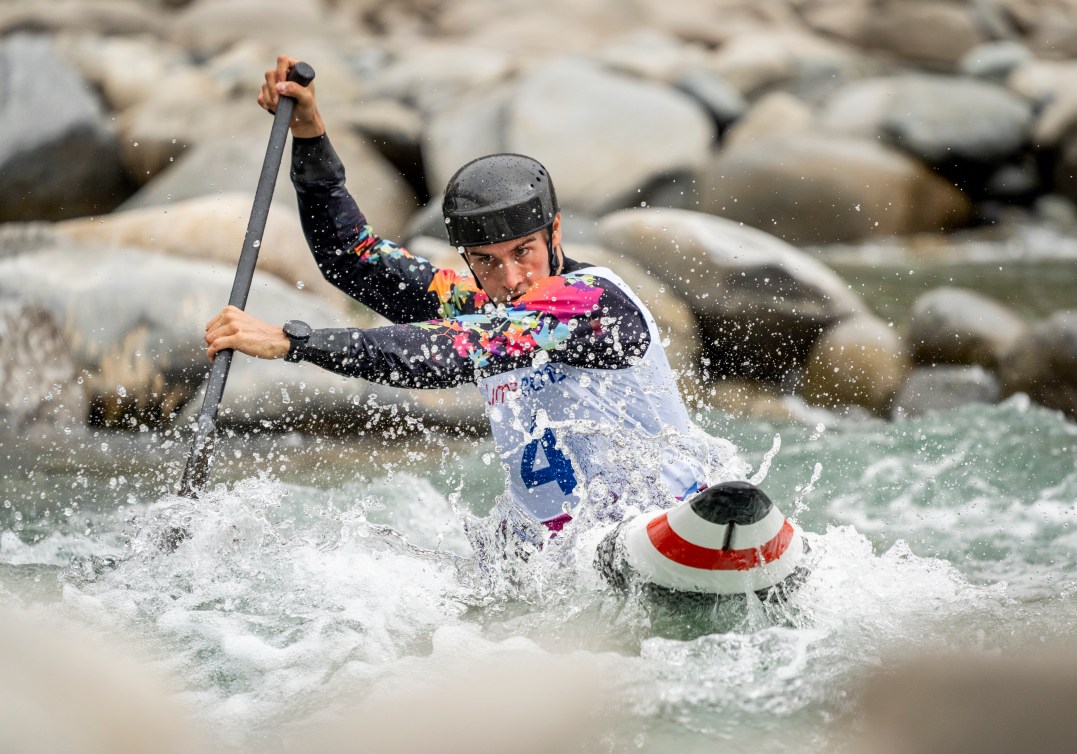 Liam Smedley finished just off the podium in fourth place in the Men’s C1 final. He had a consistent performance throughout all his runs, finishing in fourth and fifth for the first two heats, and fourth in the semifinal. 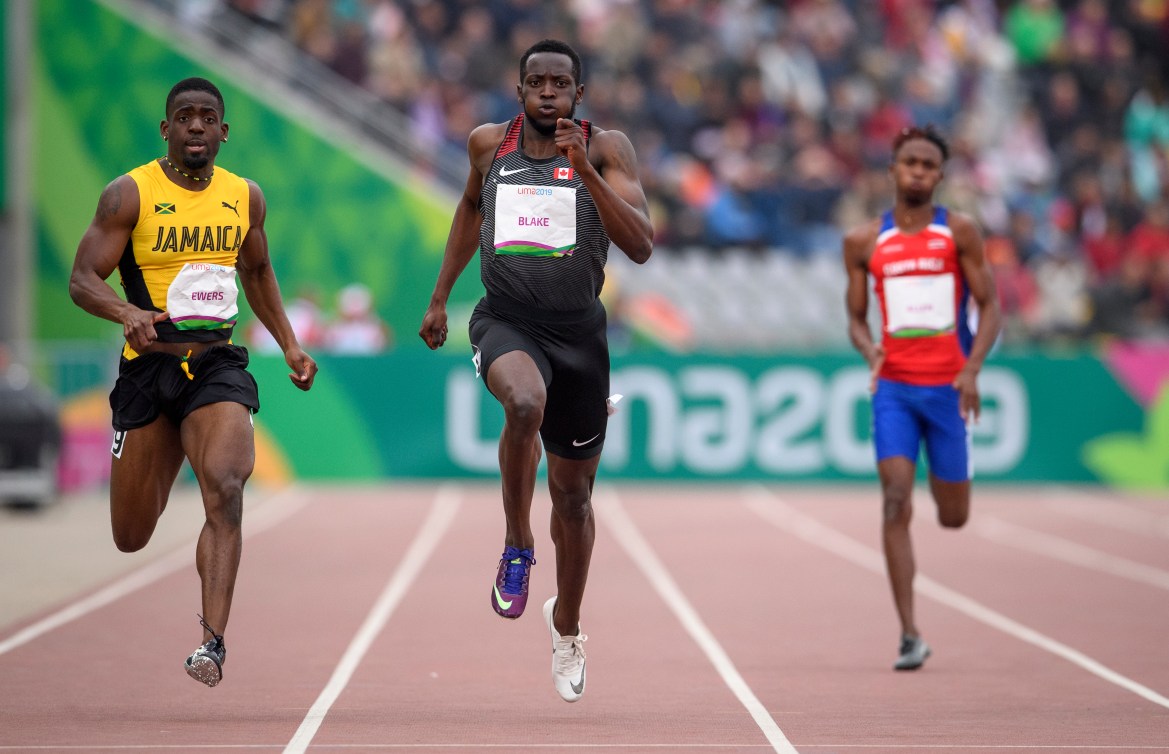 Sprinter Jerome Blake competed in two events. He competed first in the 200m, running a season’s best time of 20.63s in the 200m semifinal heats. He finished in sixth place in the final.

He was also a member of the men’s 4x100m relay team that finished in fourth place.