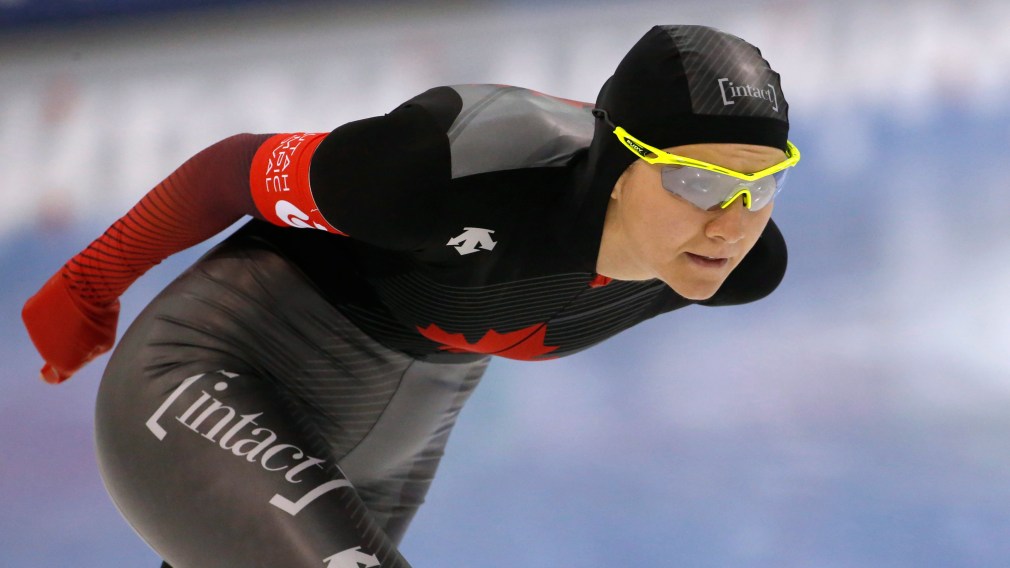 Their impressive day included a gold medal moment, a double podium AND a multi-medalist Canadian athlete.

Isabelle Weidemann was golden for Canada after edging out her opponents in the ladies 3000m final.

Weidemann stopped the clock at 3:59.759 to secure her victory, while Netherlands’ Antoinette de Jong (4:00.035) and Natalia Voronina of Russia (4:01.339) finished second and third respectively.

This win allowed Weidemann to secure her second-place overall finish in the 3000m world standings with 353 points. She’ll finish the speed skating season just ahead of her teammate Ivanie Blondin and four points shy of the overall champion Martina Sablikova of the Czech Republic.

Not one, but TWO Canadian women (@i_weidemann & @IvanieB) on the World Cup Final 3000m podium 🇨🇦

On the men’s side, Laurent Dubreuil stood on the podium twice, capturing a pair of silver medals in both the men’s 500m and 1000m races.

In his second race of the day, Dubreuil stood on the second step of the podium again after completing the men’s 1000m in 1:08.118. He was joined on the podium by Dutch speed skaters Thomas Krol and Kai Verbij who claimed gold and bronze in front of their home crowd.

However, they Dutch weren’t the only ones who completed a double podium in the Netherlands – Canada’s Graeme Fish and Ted-Jan Bloemen did too. The duo shared the 5000m podium after coming in second and third place.

Fish skated the track in 6:12.830 to win silver, while his teammate finished seconds behind him to capture bronze. Patrick Roest of the Netherlands won the event with a time of 6:11.152.

Canadian athletes will hit the long track again tomorrow for the final day of competition at the Speed Skating World Cup.