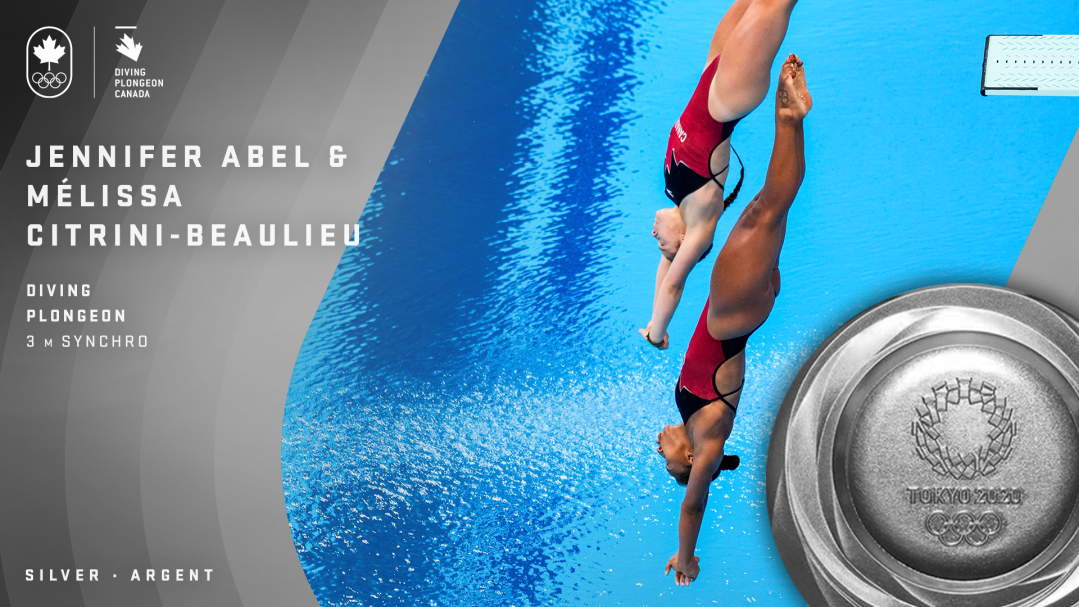 They finished with a total score of 300.78 points to earn their spot on the podium behind Chinese duo Shi Tingmao and Wang Han who scored 326.40 points. Germany’s Lena Hentschel and Tina Punzel came in for the bronze with 284.97 points.

Abel and Citrini-Beaulieu have been consistent runners-up to China on the international stage over the last few years. They won silver at the 2017 and 2019 FINA World Championships as well as the 2021 FINA World Cup, which also took place at the Tokyo Aquatics Centre.

Abel and Citrini-Beaulieu were fifth after the first round in which they performed a back dive. For the first two rounds of synchro events, the dives are intended to be a low degree of difficulty to instead focus on the execution and the synchronization of the team. They followed up with a reverse dive that put them in sixth place overall.

For the third round, Abel and Citrini-Beaulieu chose to do a forward 2 1/2 somersaults with 1 twist in pike position that carried a 3.0 degree of difficulty. Their score of 67.50 moved them into third place among the eight teams.

Their fourth dive was their most difficult of the day, a forward 3 1/2 somersaults in pike position with a 3.1 degree of difficulty that earned them 70.78 points as they moved up another spot into second place behind only the Chinese team.

They finished off with their best effort of the day on an inward 2 1/2 somersaults in pike position, another 3.0 degree of difficulty. They scored 8.0s for synchronization earning them a dive score of 70.20 points. That put them over the 300 point mark for their overall total. 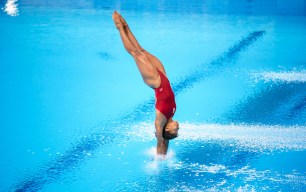 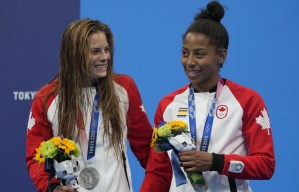