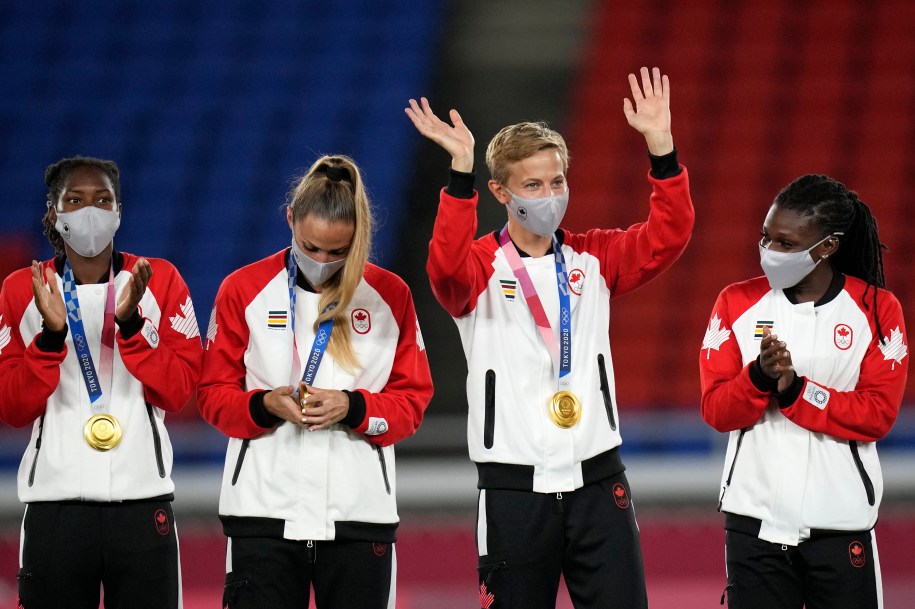 It was an Olympic Games full of firsts for Team Canada — and for one soccer player in particular.

Last year, 25-year-old midfielder Quinn made public that they are transgender and non-binary, setting the stage for history to be made at Tokyo 2020.

Then on Day 14, when Canada won a first-ever Olympic gold medal in women’s soccer, Quinn became the first openly out trans and non-binary person to win an Olympic medal of any colour, in any event.

The gravity of the moment, and what it would mean to young people watching the game, wasn’t lost on Quinn.

Having publicly confirmed their identity the previous year, Quinn was able to rediscover the joy of playing that they experienced as a child — and it showed. They played in all six of Canada’s matches, starting five of them, and were a vital contributor in the midfield throughout a number of very close games.

And American star Megan Rapinoe, with whom Quinn could be seen chatting at the Tokyo medal ceremony, has been an outspoken advocate for inclusion and representation for years.

This history, however, belongs to Quinn alone, even if they’re perfectly happy sharing the spotlight with their teammates.

“These are my best friends, my best mates,” they said. “[The Olympics have] been very demanding, but there’s been joy all throughout it, for sure.”