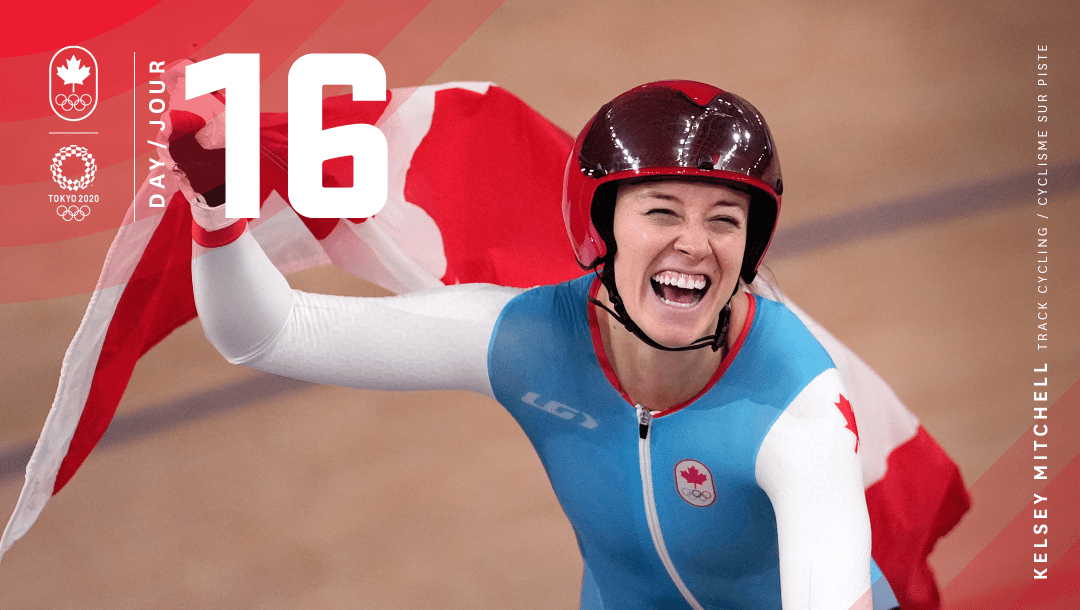 It is the last day of the Tokyo 2020 Olympic Games.

But before the flame was extinguished and the Olympic flag handed over to Paris 2024, Kelsey Mitchell added one more gold medal to Canada’s second-best ever total at any Olympic Summer Games.

You can check out the complete schedule of Canadians who competed today at the bottom of this page and read on for the details of what happened in each sport.

The final day of the Games began with the men’s marathon in Sapporo. Ben Preisner was the top Canadian in the 42.195km race, finishing 46th in 2:19:27. Trevor Hofbauer was only 40 seconds behind, to cross in 48th place. Cameron Levins rounded out the contingent in 72nd place, finishing in 2:28:43.

Kelsey Mitchell raced to the top of the podium in the women’s sprint. She began her day by winning her best-of-three-race semifinal against Emma Hinze of Germany to advance into the gold medal race against Olena Starikova of Ukraine. Though her semifinal went the distance, Mitchell claimed the gold in two straight races, joining Lori-Ann Muenzer as Canada’s only Olympic champions in track cycling.

Allison Beveridge closed out the Games for Canada in the women’s omnium, which is comprised of four different races. She finished seventh in the scratch race, 11th in the tempo race, and seventh in the elimination race, before ending the day in the points race with a ninth-place finish overall. 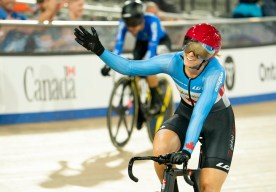 Benjamin Preisner made his marathon debut on December 20, 2020 at The Marathon Project in Chandler, Arizona.