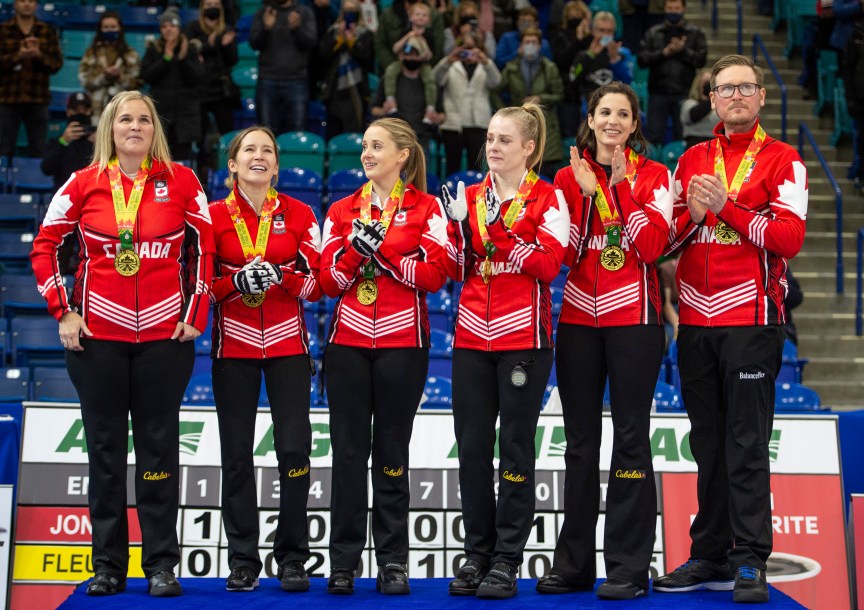 On Feb. 20, 2014, Jennifer Jones and her team defeated Team Sweden 6-3, capturing Olympic gold in the women’s curling competition at Sochi 2014.

2,838 days later, Jones is headed back to the Olympic Games. Jones, the skip, along with lead Dawn McEwen, second Jocelyn Peterman, third Kaitlyn Lawes, and Lisa Weagle, defeated Team Fleury 6-5 in extra ends in the final of the Canadian Curling Trials. After losing to Fleury in the round robin, Jones executed the shots she needed at the biggest moments, earning a spot on Team Canada for Beijing 2022.

“Going to the Olympics is a dream come true,” Jones said in the immediate aftermath. “To do it twice is a privilege.”

Jones opened the final with a steal, after a final draw that buried her own stones. Fleury hit her own rock with her final draw, giving Jones a single point. After Fleury tied the game up in the second end, Jones recorded a deuce in the third to go up 3-1. The back and forth affair continued as Fleury threw a perfect final draw under pressure in the fourth to secure the double, tying the match at three apiece.

In the sixth end, with a chance to record two, Jones’ final draw collided with one of Fleury’s rocks, leading to a measurement. After two measurements, Jones only secured the one point to go up 4-3 — the second time the Manitoba team left points on the board. After Fleury tied the final in the seventh and a blanked eighth, she stole a point from Jones to take a 5-4 lead heading for home.

Team Jones had a chance to secure the deuce in the final end, which would book the ticket to Beijing. But Jones sent the final draw too hard, her rock rolling out to secure only one point.

Tied at five heading to extra ends for the first time in Canadian Curling Trials history, Jones clinched her Olympic berth with a single point steal after Fleury hit the guard on her final draw.

“To do it with these girls, we’ve had our ups and downs. We’ve worked our butt off the last year,” Jones said on the broadcast. “To see what we can do on the ice and the support we show each other, it’s phenomenal. It’s truly a privilege to share the ice with them.”

Jones has played in so many important curling games throughout her career, which also includes two world titles and six national titles.

Sunday’s win added another accomplishment to a storied legacy.