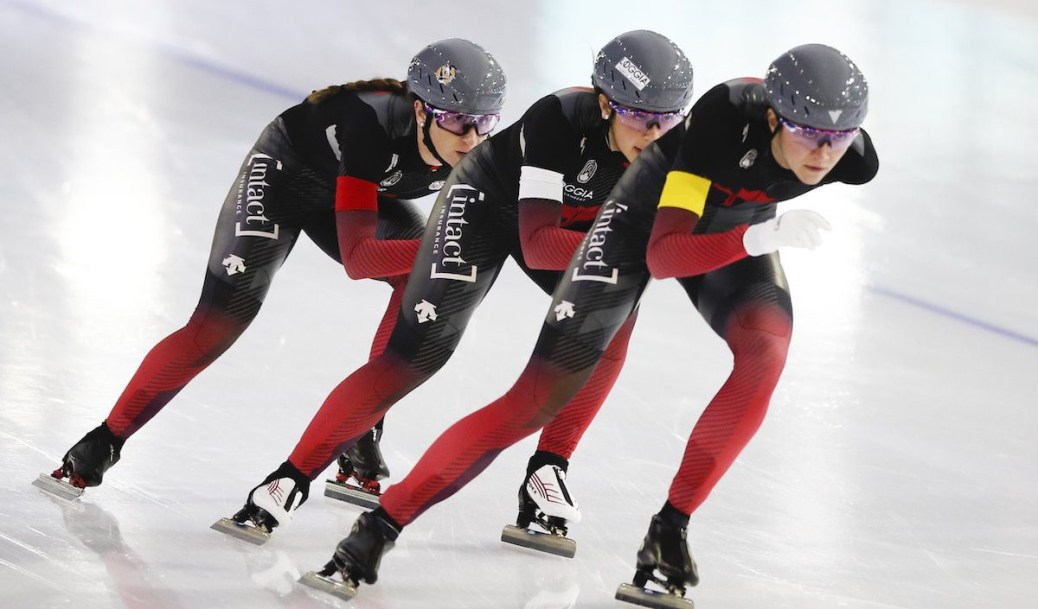 This is their second gold medal in as many races in the women’s team pursuit World Cup event. Their first victory came from the first World Cup of the season in Tomaszów Mazowiecki, Poland. In Poland, the same Canadian team of Blondin, Weidemann and Maltais delivered a strong final race to reach the top step of the podium.

Elsewhere on the track, Connor Howe skated a personal best in the men’s 1500m final. He finished in sixth position and clocked a time of 1 minute and 42.555 seconds.

Previously on Saturday, Laurent Dubreuil won his fifth World Cup medal of the season. He captured a bronze medal in the men’s 500m with a time of 34.099s. Dubreuil has been a force to be reckoned with in the 500m event this season, claiming a medal at all three World Cup stops so far.

Speed skating action will continue on Sunday in Salt Lake City. Next, skaters will head to Calgary from December 10 to 12 for the fourth and final World Cup event of the season before Beijing 2022.