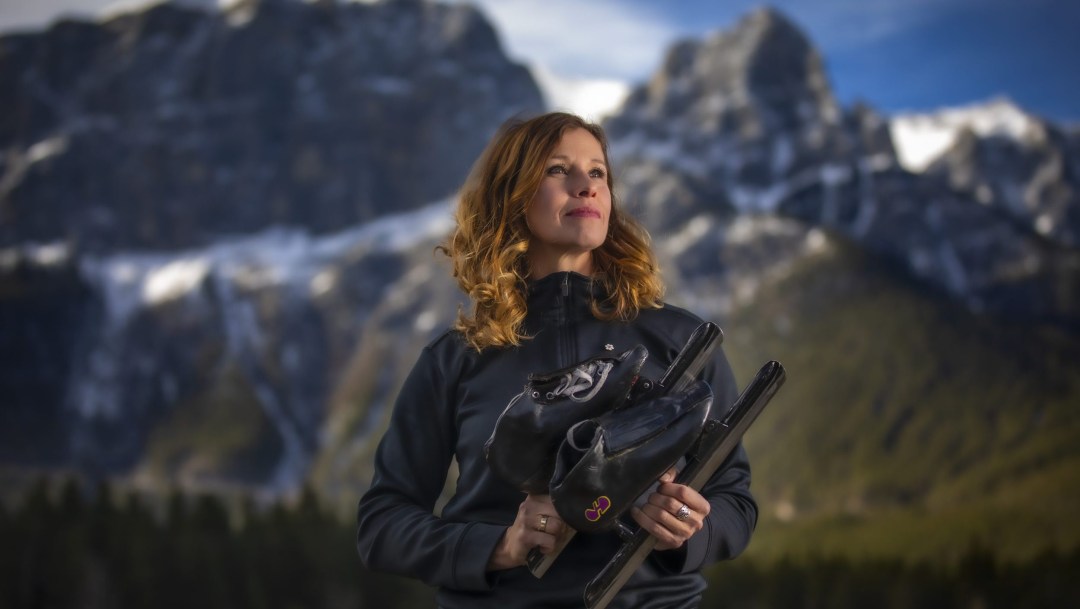 By Catriona Le May Doan

After they compete at the Olympic Games, many athletes will mark the monumental moment in their careers by marking their bodies with a tattoo of the Olympic rings.

But four-time Olympian and two-time Olympic gold medallist Catriona Le May Doan made a different deal with herself – one that resulted in her not getting inked until almost two decades after her last skate on Olympic ice.

Now, in her own words, Le May Doan explains why becoming Team Canada’s Chef de Mission for Beijing 2022 finally led to her fulfilling that deal, what she hopes to inspire with the art on her left forearm, and the lesson learned from her mother that she wants to pass on to Team Canada athletes.

When I first retired, I had been approached to put my name forward as assistant Chef. This was back in 2004 looking ahead to 2006. However, I had just started in media and wanted to give myself the media experience. I knew then that one day, my goal was to be Chef de Mission. It was at this time that many people asked (and assumed) that I had the Olympic rings tattoo. I started thinking about if I would ever get the tattoo and under what circumstances. Over the next few years, I started to formulate my goals and this is when I started to think about this deal.

I have always said my results don’t define me. I get that attitude from my Mum who always said it doesn’t matter what someone does or achieves, it is how they carry themselves. For that reason, I didn’t want the rings to define my sport career. Then I had five Olympic Games as media and those were all different experiences as well.

In between all of that I had the opportunity to start the Olympic torch relay with Simon Whitfield in Victoria the morning of October 20, 2009. That was probably one of the most powerful Olympic moments I have ever experienced. I will never forget Simon and I jogging down the pathway and all I saw were faces of people in the crowd staring at the flame with such hope. It struck me so deeply at that time – it isn’t just Games time, it is the power of the flame, of the Games and of the rings. It gives people hope to dream.

Once my media goals were achieved, I had the opportunity in 2018 to be Lead Athlete Mentor for Team Canada and it was incredible. It was there working alongside Isabelle Charest that I knew I wanted to be Chef de Mission.

For me, being Chef encompasses all of those experiences at the Olympics: being an athlete, having successes, having failures, witnessing the power of the Games, telling the stories of the athletes through media, seeing the Mission Team and the amount of behind the scenes work that is done.

For me, being Chef is about being a mentor, a leader, a spokesperson, a volunteer. It is about spreading the word of the power of the Games.

To me, it has come full circle and to close that loop is to wear the proof that I believe in the Games and what they represent.

I wanted the tattoo on the outside of my arm because I can see it, but it is also for others to see so that I can talk about the power of the Games. I have my kids’ initials on the inside of my right arm. I can look down at my arms and all that I love is there: my kids, the power of sport, and all that sport teaches us.

My Mum is nearing end of life. She signed her medical assisted death papers in August and she is down to a month or so. That makes me sad, of course, but it is also a time to celebrate her life.

I wanted to show her my tattoo as she has always been one of my biggest supporters (my dad has as well). She never pushed but taught me great work ethic. My Mum was at every Canada Games and every Olympics. She brought the same Saskatchewan flag to each Games and in 1998 I had it on the podium with the Canadian flag and in 2002 I did a victory lap with both flags at the Salt Lake City oval.

Before my first Games in 1992, we had been in Europe for a month training and competing. I remember talking to my Mum on the phone and she said to me “You know you don’t have to go if you don’t want to.” I remember thinking this was my Mum’s way of reminding me that she didn’t want me to feel pressure from them. I told her I wanted to go and she said in her Scottish accent, “Ok, then we will see you there.”

I don’t believe my Mum will be around when Beijing starts and I wouldn’t have had this Olympic life without her support. Knowing she was supporting me whether I was first or last is how I try to raise my kids. I also want the athletes to know that they have the support of the Team behind the Team and the support of an entire country cheering them on, no matter what their results might be.