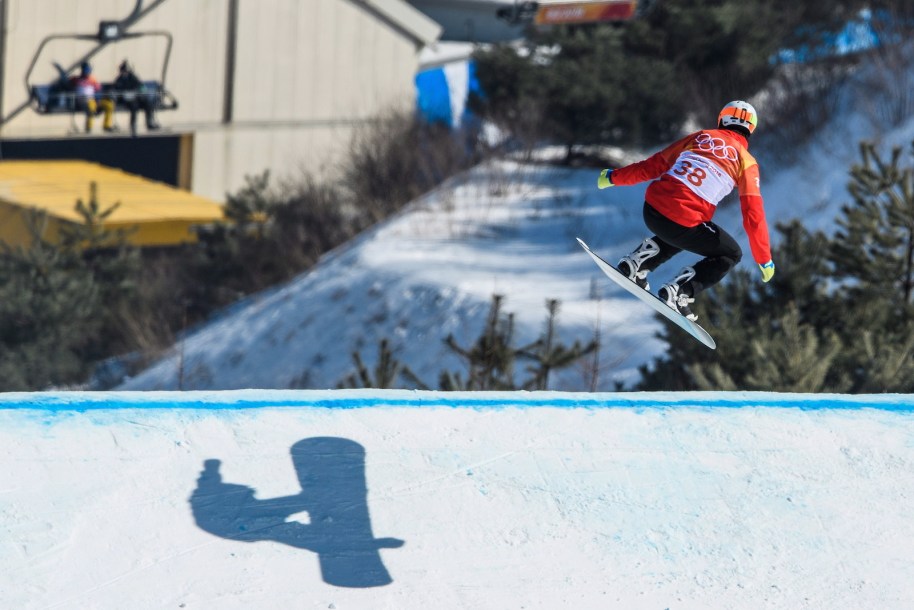 Canadian snowboard cross athletes are keeping busy with two World Cups already behind them and four more to come before the Olympic Games take centre stage.

From the track to the gym, take a look at how Canadian snowboard cross athletes are training as they race towards Beijing 2022.

Excited to be back on her board and the snow, Tess Critchlow starts us off with a calm and gentle warmup down the slopes and she seems to be enjoying it. Critchlow is fired up for the season as she works towards her second Olympic Games. In her Olympic debut at PyeongChang 2018, Critchlow was the top-ranked Canadian in women’s snowboard cross, finishing ninth overall.

2. Find a training partner… or two

Preparing for a strong season, Critchlow understands the importance of a little friendly competition. Picking up the downhill pace, Critchlow was joined by teammates Liam Moffatt and Zoe Bergermann for a few fun days on the track in Pitztal Glacier.

Bergermann takes us for a few hot laps with the Canadian team. Watch below to get in on the action!

Do you ever wonder what it’s like to be a snowboard cross athlete? Watch as Eliot Grondin gives us a one-of-a-kind POV. This is just preview of what it’s like snowboarding down what will be the Olympic course in February. Be sure to remember… it’s a lot longer than it seems! Grondin just makes it go by fast!

In case you didn’t know, Grondin made his Olympic debut at PyeongChang 2018 when he was just 16, making him the youngest man and second-youngest athlete on Team Canada at those Games. At 19, he claimed a world championship bronze. He also finished second overall in the World Cup standings, the youngest Canadian to stand on the year-end podium in snowboard cross.

If you enjoyed watching that sneak peak, Grondin has another one for you. Check out this captured snippet that gives the impression that you’re on the course in Austria yourself—minus the windchill, of course! Take a look below.

On a warmer note, two-time Olympian Kevin Hill swapped in his board to ride a different type of track. To date, Hill has landed on the podium five separate times at a snowboard cross World Cup.

5. Switch up your scenery!

Training doesn’t only take place on snow. Far from it, in fact! Audrey McManiman is not afraid to show us what hard work looks like both on and off the hills.

Watch the video below of her physical preparation leading up to her knee surgery this summer. Just watching it makes us tired!

It’s always important to go back and work on the basics, even if it means a lot of repetition. Below 24-year-old Liam Moffatt shows us what it looks like to practice race starts.

If you ask Meryeta O’Dine, good weather, friendly faces and hard work is what makes training camp so memorable. Take a look into her training experience in Sass-Fee below. O’Dine earned her first career World Cup podium in February 2017 when she finished third in Feldberg, Germany. O’Dine is working towards competing at Beijing 2022. Unfortunately, she was unable to compete in her first Olympic Games at PyeongChang 2018, due to a concussion she suffered just two days before her event.

Keep an eye on Canada’s snowboard cross athletes this season as they take everything they learn in training into competition and on the road to Beijing 2022.