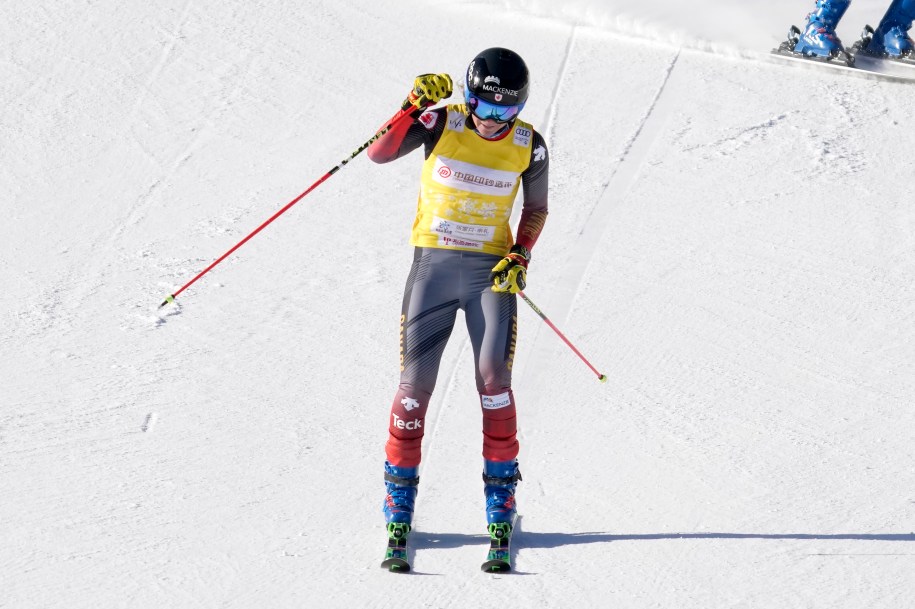 It was a beautiful day in Innichen, Italy to watch some excellent ski cross action at the third FIS Ski Cross World Cup of the season. Olympic silver medallist Brittany Phelan and Reece Howden secured a pair of bronze medals as Canada continues to charge across the Alps in the last stop before the holidays during a tight World Cup schedule.

In the women’s big final, Olympic silver medallist Brittany Phelan and her ongoing rivals, Fanny Smith of Switzerland and Sandra Naeslund of Sweden, went into the start gate. Marielle Berger-Sabbatel from France crashed in the semi-final and was not able to compete, leaving the big final with three athletes instead of four.

World Champion Naeslund was speedy out of the start gate, taking the early lead and creating a major gap of 0.71 seconds in the second interim time with Smith behind and Phelan sitting in third. The battle for second was a tight one between Phelan and Smith. Phelan was almost able to pass the Swiss in the final turn, however Smith was able to get the kicker faster and maintained the lead, as the two athletes battled until the very end of the course. The final result was a victory for the Swedish Sandra Naeslund with a large margin of 2.14 seconds. Phelan was edged into the bronze medal position by only 0.02 seconds, putting Fanny Smith on the second step of the podium.

This is Phelan’s second podium of the season. Earlier this month she skied to a silver medal in Val Thorens, Italy.

2014 Olympic champion Marielle Thompson finished in the top spot in the women’s small final, collecting a fifth place finish overall. Earlier this week, Thompson won a gold medal at the World Cup in Arosa, Switzerland. She has stood on two podiums this season.

In the men’s big final, Reece Howden also captured the bronze medal. Switzerland’s Ryan Regez secured the lead off the start with Frenchman Bastien Midol and Howden right behind. The Swiss athlete seemed to choose the right lines in every element of the course, but Midol was on his tails, trying to pass. Austrian Tristan Takats was sitting in fourth, but managed to overtake Howden for a moment before slipping low in a turn and Howden was back in third.

It was a very tight finish, the Swiss generated more speed and crossed the finish line in first position followed by Midol in second and Howden on the third step of the podium. This is Howden’s first individual World Cup podium of the season. In Arosa, Switzerland he collected a silver medal as part of the ski cross team.

READ: Off to the hills for training with Team Canada snowboard cross athletes

It has been an intense program for ski cross athletes so far with four races in the past nine days, one today and one more chance for the podium on Monday. Ski cross athletes are being challenged for their performances just before the holidays. After the holiday break, everyone will gather again in Nakiska, Alberta for the last World Cup events that will count towards Olympic qualification on January 14 and 15. The athletes are going to be fighting for the Olympic qualification until its deadline on January 16, 2022.