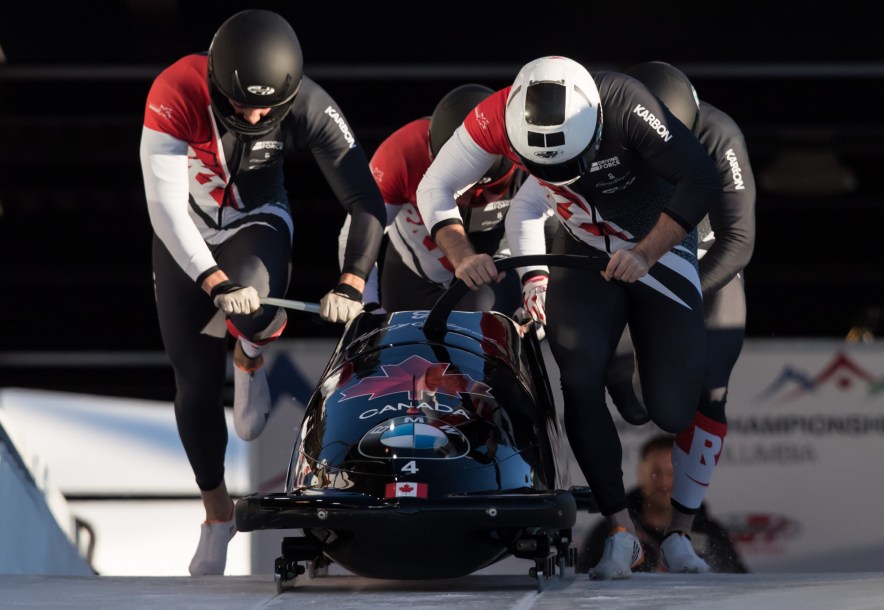 Team Kripps continues to make strides in the four-man bobsleigh, as they came away with a season-best silver in Sunday’s race at the IBSF World Cup in Altenberg, Germany.

The team of Justin Kripps, Cam Stones, Ryan Sommer, and Ben Coakwell raced to a time of 1:49.16, just 0.28 seconds behind Francesco Friedrich’s team from Germany.

It’s the best finish of the World Cup season for the four Canadians, who had claimed two bronze medals in prior competitions.

The run was also significant for Ben Coakwell, who tied Lascelles Brown for the most World Cup medals by a Canadian brakeman with 17.

Their first run of time of 54.50 positioned themselves in silver medal position. Despite the third-fastest run time in the second round, they held on to win silver.

Gaitiukevich Rostislav of the ROC and his team finished third.

For Justin Kripps and Cam Stones, it’s their fifth medal of the World Cup season. They paired up to medal in the two-man bobsleigh Saturday.

For Germany, a Francesco Friedrich-led sleigh has claimed ten consecutive gold’s in the four- and two-man bobsleigh this World Cup season.

On the women’s side, Canada’s Melissa Lotholz and Sara Villani placed seventh in the two-woman bobsleigh.