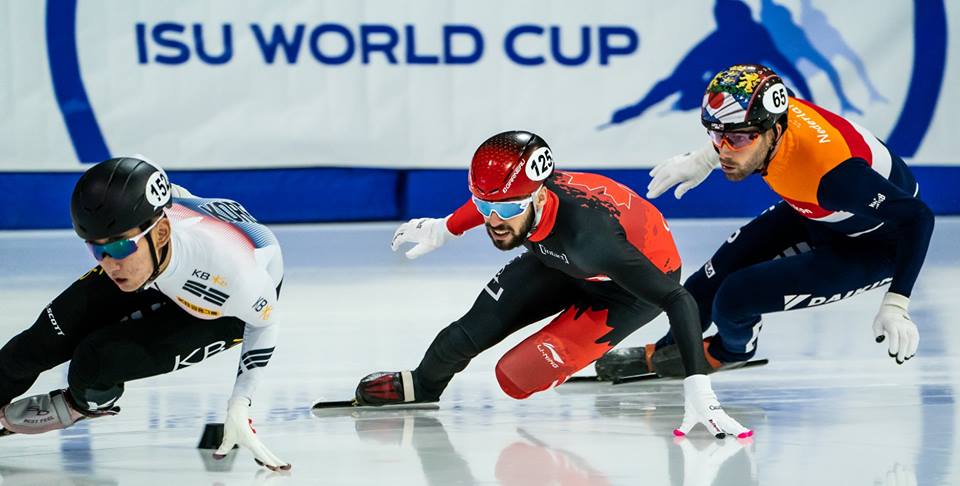 Team Canada will have plenty of fresh faces at Beijing 2022.

From long track and short track speed skating to figure skating, here are five young Canadian faces to look out for as their years of training and dedication come to a roaring crescendo against the world’s best in Beijing.

The youngest among Canada’s 10 short track speed skaters in Beijing also happens to also be Canada’s youngest to ever compete in the Olympics in the sport. Florence Brunelle was named to Team Canada less than a month after her 18th birthday.

She won two medals for Canada at the 2020 Winter Youth Olympic Games and made her World Cup debut this past fall, winning two silver medals with the women’s 3000m relay and one with the mixed relay.

When she isn’t on the ice, she likes to play the ukulele, read, or do creative activities like paint and draw.

Skating out of his hometown of Vaughan, Roman Sadovsky made his first appearance at the senior nationals when he was just 14. He won his first national title six years later in 2020 and took the silver in 2022.

Although far from a conventional nine-to-five, if skating is his day job, then by night he is a videographer, photographer, and vlogger. With over 1.2 million views on almost 100 videos and over 21,000 subscribers, “Romsky” shows the world there is more to him than just his polished routines.

While representing Denmark, Laurence Fournier Beaudry and Nikolaj Soerensen qualified an Olympic ice dance spot for PyeongChang 2018. But they had to defer it because the Canadian-born Fournier Beaudry could not attain Danish citizenship. Having trained together in Montreal for a decade, they swapped one red and white flag for another and Fournier Beaudry and Soerensen are both now proud Canadian citizens. They will make their Olympic debuts after finishing eighth at the 2021 World Championships.

Graeme Fish will be putting away his kinesiology notes for a few weeks while in Beijing. The 2020 Speed Skating Canada Long Track Male Athlete of the Year has been skating since he was three years old, entering his first competition at age five. Fish had an impressive breakout season in 2019-20 when he shattered the 10,000m world record by 2.5 seconds, breaking the mark set by his teammate and role model Ted-Jan Bloemen.

From his hometown of Moose Jaw, Fish brings intensity and work ethic along with him.

No stranger to high-stakes skating, Steven Dubois made his World Cup debut in 2017. In 2021, he won his second straight overall title at the Canadian Championships. This fall, he helped Canada win two gold medals in the 5000m relay and won a solo silver in the 500m. Now Dubois is representing his hometown of Terrebonne, QC on the Olympic stage.