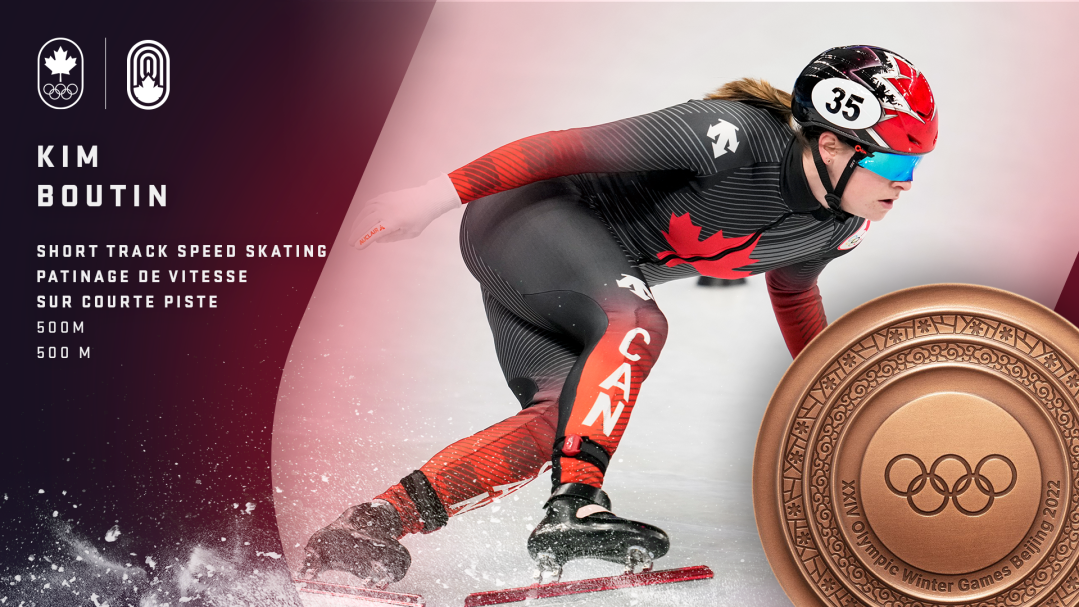 Kim Boutin won 500m bronze at Beijing 2022 for her second straight Olympic medal in the event.

Her night began with the quarterfinals. She was in the same heat as Canadian teammates Alyson Charles and Florence Brunelle. Boutin won the heat, while Charles was advanced to the semifinals after Brunelle was penalized.

In the semifinals, Boutin and Charles were once again in the same heat. This time Boutin finished second behind Italian veteran Arianna Fontana, just edging out Elena Seregina of the ROC in a photo finish to advance to the A final. Charles was fourth, putting her in the B final.

After a night full of video replays and penalties, the final was not without its drama. First, Boutin was assessed a false start. On the next attempt, the five women only got partway into the first lap when Fontana went down and the official called them back to the start. The third attempt was a clean one from start to finish. Fontana settled into the lead with Suzanne Schulting of the Netherlands right behind. Boutin couldn’t find a spot in the four and a half lap race to make a move and came through the line in third place.

Since winning her three medals at PyeongChang 2018 — including bronze in the 500m — Boutin has established herself as one of the best in the world in her sport. She won the overall World Cup title in the 500m in 2019-20 and was ranked second this season after the four pre-Olympic World Cup stops. She is also the world record holder in the 500m.

With her fourth Olympic medal, Boutin ties Tania Vicent as Canada’s most decorated female short track speed skater. However, while all of Boutin’s medals were won in individual events, Vicent was a four-time medallist in the women’s 3000m relay.