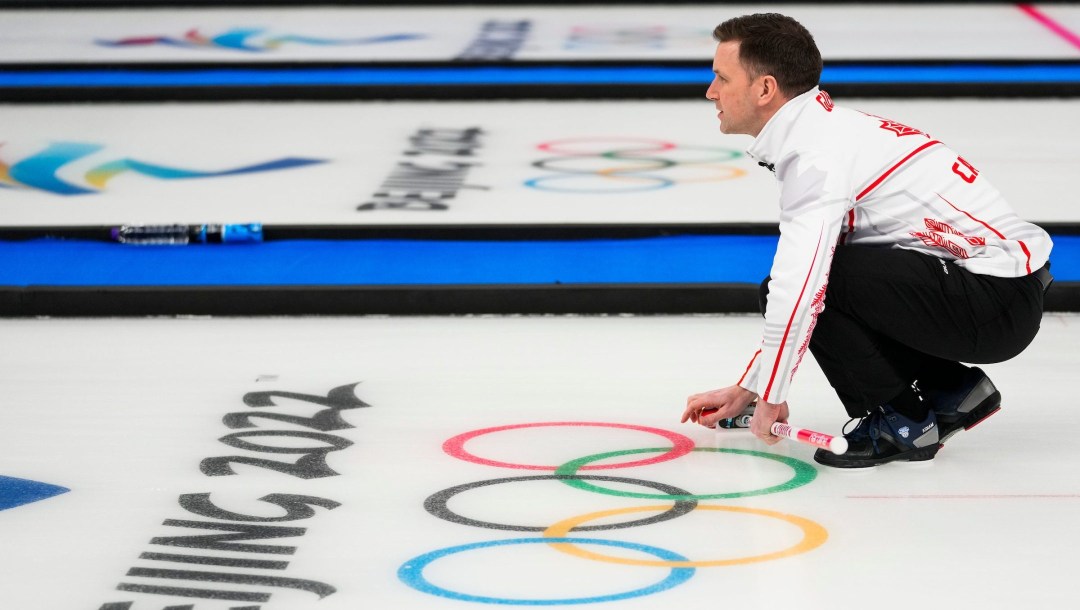 Brad Gushue will not get a shot at a second Olympic gold medal after dropping a hard-fought, heart-breaking 5-3 semifinal decision to Niklas Edin of Sweden on Thursday evening in Beijing.

As is so often the case in curling, the difference between winning and losing was centimetres.

‘‘Not even a game of inches, it‘s a game of millimetres,‘‘ said Gushue.

Moments after Edin‘s hit and roll stopped as shot rock, knowing that the odds of winning in an extra end without hammer were stacked against him, Gushue tried a run back double for two. That would have given Team Canada the win but Gushue‘s stone was off by a fraction, resulting in a nose hit and no roll that could have at least given Canada a single and an extra end.

‘‘Just before that rock made contact I thought we had it made,‘‘ a damp-eyed Gushue said shortly after the loss. ‘‘It just came up too much. I would say I make that shot one out of five times. It‘s an extremely difficult shot and we missed it by less than a millimetre.‘‘

Third Mark Nichols, who was holding the broom for the shot, said part of the problem was his line call.

‘‘He was less than a millimetre from making it,‘‘ said Nichols. ‘‘We hit it on the wrong side of the nose. A millimetre and we‘re talking a different story. He threw it good enough to make it. Man I loved it when he threw it.

‘‘I overdid the line call a little bit … overdid the sweep just a shade. Even when he made contact I thought we would get the one he was shooting back over that way. It‘s a different story if I don‘t mess up that line call.‘‘

The team had the choice of drawing to try to get one to tie the game and force an extra end but Gushue, who won the Olympic gold medal 16 years ago along with Nichols, said he knew the odds were heavily against success.

‘‘If I take one in ten, percentages say I only win about five, maybe seven percent against Niklas so I liked our chances to win in our own hand. At the hog line I was ready to celebrate.‘‘

Canada will now play for the bronze medal against John Shuster of the United States who lost 8-4 to Bruce Mouat of Great Britain in the other semifinal.

Gushue said he, Nichols, second Brett Gallant and lead Geoff Walker will need some time to get over the loss but they‘ll be fighting for the bronze.

‘‘Certainly the bronze medal is important to us and we are going to be running just as hard tomorrow as we did today,‘‘ he said.

Neither of Canada‘s other curling teams — John Morris and Rachel Homan in mixed doubles and Team Jennifer Jones in women‘s – made the playoffs.

It was a bitter ending to a well-played game that saw both teams play cautiously aggressive, knowing that any major mistake at any time could cost them the game.

Edin, trying to bring Sweden its first men’s Olympic curling gold medal, blanked the first end, was forced to a single in the second, got a deuce in four after Gushue rolled out on a hit-and-stay, and singles in the eighth and tenth ends.

Gushue, looking to get to the gold medal game after Canada failed to win a medal in 2018, responded with one in the third and two in the fifth but couldn‘t score in any of the final five ends.

One of the problems both the Canadian men and women had all week was their inability to win the pregame last rock draw to the button to determine hammer for the first end. That put Team Gushue in a hole to begin six of their last seven games and they lost four of those to finish at 5-4 in third place. Sweden finished at 7-2 in second place and that gave them the hammer in the semifinal.

‘‘I can‘t look back at any shot in that game or any end. I look back at the whole week and us not playing to our abilities and giving him hammer was ultimately what it boiled down to,‘‘ said Gushue. ‘‘He was able to control the game. Where if we would have had hammer in the first end it‘s a different situation and that‘s how close these two teams are.‘‘