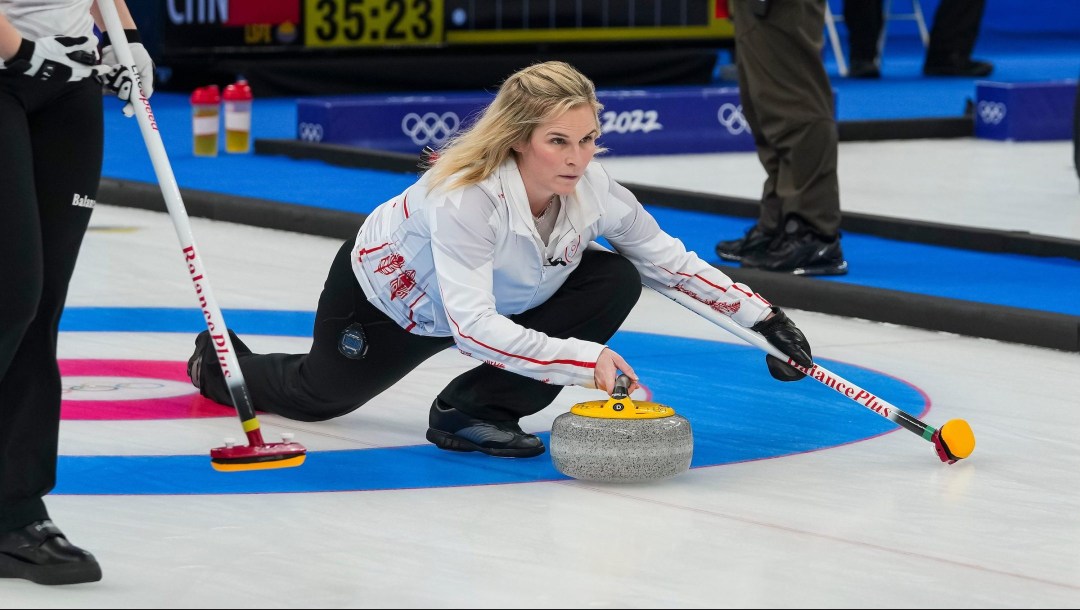 For the second straight Olympic Winter Games, Canada will not win a medal in women’s curling.

Team Jennifer Jones won the game they needed to, but Team Canada didn’t get the help needed from other teams to get into the top four in the standings and a playoff position.

Canada stole five points in the sixth and seventh ends and cruised to a 10-4, eight-end win over Denmark in the final draw of the 10-team round robin to finish at 5-4. Then they had to wait anxiously for the three other games to finish before they knew if they made the playoffs or not.

World Curling had released a list of 16 different playoff scenarios depending on the various outcomes of the final draw and only six had Canada making the semifinals. Jones, third Kaitlyn Lawes, second Jocelyn Peterman and lead Dawn McEwen saw their hopes shrink when Switzerland beat Japan. That left only two scenarios favouring Canada and one of those ended moments later when Great Britain beat ROC.

And Canada’s final hopes were dashed when Sweden beat South Korea. That meant Canada would not be one of the four teams moving on.

“I can tell everybody at home that we tried our very best,” Jones told the CBC’s Colleen Jones when the final verdict was reached. “We’re really sorry we don’t get to play again but we tried our hardest. I think we embodied what the Olympics are all about, enjoying the experience, laying it all on the ice, not being afraid to lose and just being our very best. We did that all week and it’s devastating not to more on but we did our best.”

Fighting to control her emotions, Lawes, who has two Olympic gold medals – the women’s with Jones in 2014 and the mixed doubles with John Morris in 2018 — said despite the team’s struggles all week, she was proud of the fight in the foursome. While the team stayed around until the Swedish win was confirmed, Lawes said she averted her eyes.

“Honestly I couldn’t watch,” she said as her voice cracked. “It’s difficult when it’s out of our control. I’m really proud of this team. We worked really hard this week and we have a lot to be proud of. At the end of the day we tried our best and that’s all we could do.“

Coach Viktor Kjell said it was “a disappointment for sure. I thought we were destined for something bigger than this so, yes, right now it’s a big disappointment.”

Team Canada won their first game of the round robin but then lost three straight to put themselves in a deep hole they could never climb out of. It was a similar situation to 2018 when Rachel Homan‘s team lost their first three games and ultimately finished 4-5 and out of the playoffs.

Canada had a chance to score four in the fifth end against Denmark to take control of the game. Jones, shooting 68 percent at the time, slid just wide on a tight attempt to tap sideways the lone Danish stone in the house. Team Canada settled for two and a 5-3 lead.

“I just had a pound too much weight. It didn’t finish like I thought it would,” Jones said of the shot. “Probably should have drawn for three.”

Canada got three the next end, a steal, when Danish skip Madeleine Dupont wrecked on a guard trying to sneak through a narrow port to get at the shot Canadian stone inside the four foot. Team Canada stole two in the seventh and Denmark shook hands in the eighth after scoring a single.