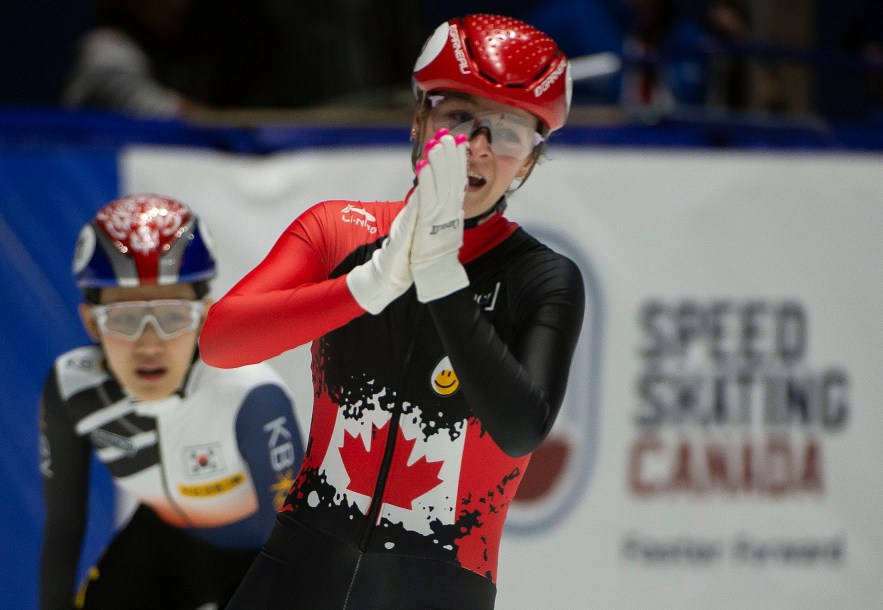 After claiming a 500m Olympic bronze in Beijing just a couple months ago, Kim Boutin added more shine to her medal collection on Saturday at the ISU World Short Track Championships in Montreal.

Boutin did not compete in the 2021 world championships in an attempt to be in better mental and physical shape for Beijing 2022.

She did not disappoint in her return.

Kim Boutin came away with a silver in the 1500m after skating to a time of 2:24.201. She was bested by Korea’s Minijeong Choi who finished 0.6 seconds ahead of Boutin. Whimin Seo – also of Korea – took home bronze. Boutin’s fastest time of the day came in the semi-final heat at 2:21.148.

Boutin came even closer a few hours later in the 500m. Her time of 42.57 was edged out by Dutch skater Xandra Velzeboer who claimed gold with a time of 42.476. The Netherlands claimed a double podium with Yara Van Kerkhof finishing third.

Courtney Sarault finished just off of the podium in fourth in the 1500m, while Alyson Charles finished fifth in the 500m.

On the men’s side, Pascal Dion captured silver in the men’s 1500m as he finished 0.55 seconds out of first place.

The ISU World Short Track Championships in Montreal will continue Sunday with the 1000m, 3000m, and relay finals set to take place.